The Art of Self-Sabotage in Romantic Relationships. 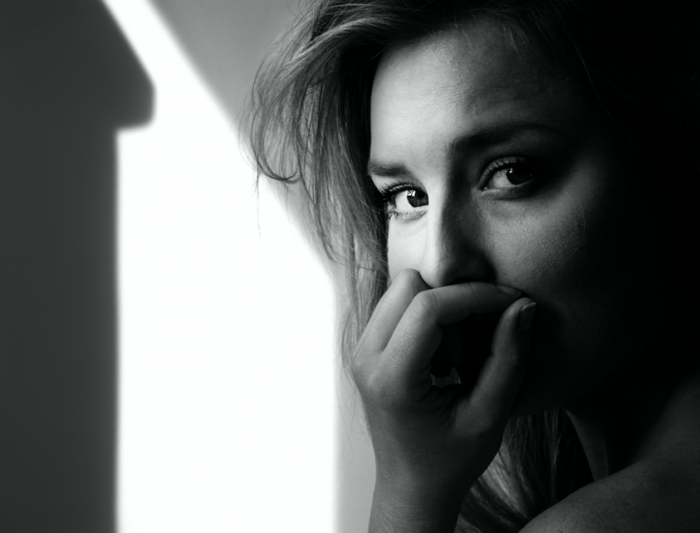 It took me a long time and a lot of self-work to realize that I was self-sabotaging my romantic relationships.

After being single for almost five years, and having countless dating “flings,” I realized it was me, I was the one who was creating the issues in my dating life.

When I was newly single, I hit a dark place of rock bottom. I let negative thoughts flood my mind and consume me. I was waking up in the middle of the night having panic and anxiety attacks. I had no self-worth, carried the victim mindset around with me like a dark cloud, and kept wondering what I was doing wrong.

Fast-forward a few years later and thinking I had done the work to heal myself, I was still getting triggered every time I met someone new, especially those who I could potentially see a future with. When I say triggered, I mean full-blown anxiety hijacking mode was switched on, and the real version of me completely goes out of the window. I turn into someone who feels like she’s not worthy enough, not good enough, and expects to be hurt once again.

I thought I was healed, apparently, I was very, very wrong.

This wasn’t top of mind until I recently started dating someone new. Three weeks in, and I really felt a strong connection to this person. However, after a conversation about exclusivity and me getting absolutely triggered and in turn not speaking to him in the car for a good 20 minutes, I knew something had to change. This guy had been through a fair bit this year and had his own stuff to work through; he wasn’t ready for the level of commitment I was looking for. At the time, I felt crushed.

However, some of the words he said to me not only triggered my past but also gave me an opportunity to really face the wounds that had been hurting me for so long, and for that, I am truly grateful to this person.

After a few days and a lot of time for reflection, I realized all the ways in which I was self-sabotaging my romantic relationships, and in turn making myself miserable:

1. Thinking I was healed.

I thought I was ready to throw myself into a serious committed relationship but what I realised was that if I got into something, I’d most likely screw it up because I’d be projecting my unhealed wounds from the past onto the other person.

“If you don’t heal from what hurt you, you will bleed on those who didn’t cut you.” ~ unknown

That completely hit home for me.

I learned that I had to take ownership of my hurt and my wounds. It wasn’t anyone else’s responsibility to heal me. It was my own. If I didn’t make the conscious decision to heal, I’d be stuck in a vicious cycle with history repeating itself over and over again. I’m a strong believer that the universe will keep giving you the same situation until you learn from it.

2. Reacting instead of responding.

As soon as I was triggered by something, I would react. In most cases, I would overreact. I let the emotions completely take over me and I would start thinking old thought patterns and playing stories of hurt in my head. In less than a minute I could go from fine to a victim mindset of “why is this happening to me again?”

What I’ve learned is that we are triggered by certain things or people for a reason. They are opportunities to heal. If you keep reacting like you always have, you will not change one thing. So instead, when something comes up for you, take a deep breath, and respond, don’t react. Be conscious and inquisitive. Ask yourself, “why am I being triggered by this?”

Then calmly respond as much as you can so you’re not reacting from a place of fear.

Each time I dated someone new, I’d have this recurring dream. It was pretty much the same dream, just an updated version with the person I was currently dating. In some way, that person would disappear from my life without a trace. Ghosted. Blocked, deleted, and unreachable. Once again, abandoned. Every time I had this dream, I’d wake up feeling so anxious that it would completely throw me off the whole day.

However, recently, I realized the meaning of this recurring and somewhat disturbing dream: every time I started dating someone new, I’d abandon myself. It’s like I’d lose track of who I was. My self-worth, my authenticity, the real me.

I would turn into an old version of myself and structure my whole universe around this person. I couldn’t concentrate on even the simplest tasks during my day. It would become overwhelming.

What I’ve learned is that you’re not doing yourself any favors by abandoning yourself. You’re likely to just become an empty shell, even when you’re with the other person. If anything, you should be focusing more on self-care and ensure you make the time for doing the things that light you up, bring you joy, and doing what you need to maintain your physical and mental health.

Being a person who experiences anxiety, it took me a lot of self-work to realize that I had an extremely unhealthy addiction to the “I’ll be happy when” mindset.

However, what I found was that I was so fixated on how things were going to be in a month or two months from now, I couldn’t see the good that was right in front of me. I was never fully present or appreciating the moments that were happening now. It was like nothing now was good enough, it was just a stepping-stone to the “I’ll be happy when.”

No wonder my anxiety was peaking when I was dating someone new. I just wanted to know if we would be together in a few months’ time, which meant I was a space cadet when I was getting to know someone—with my head always in the future and not in the present. I couldn’t just “be” and let things unfold.

I learned that trying to control the future is absolute insanity, nothing is for sure, and I was only causing myself more stress and anxiety over something that hadn’t happened yet or might not ever happen.

All we have is the present moment. Your past does not have to dictate your present or your future. You have the power to change this.

“Whatever you give your power to, has power over you.” ~ unknown

5. Expecting someone else to complete me.

I always thought that whomever I was meant to be with would complete me. They would make me happy.

Me + boyfriend (in committed relationship) = happiness.

Oh, how wrong I was. After observing my behavior, I realized that I thought a relationship would make me happy. So much that I would put so much effort into it and I became codependent and reliant on the other person to make me happy. This was a pretty big realization for me.

What I learned was that putting the expectation onto someone else to make you happy transforms your relationship into you being the slave, and the other person, a tyrant. Not to mention it places unrealistic and unnecessary pressures on the other person.

You are responsible for your own happiness. The other person is responsible for theirs. You can meet in the middle but relying on someone else to make you happy is toxic. It’s like a hit of a drug. If you don’t get your fix, you end up experiencing withdrawal, anxiety, and can completely lose yourself.

Instead of thinking that a relationship can make you happy, think of it as a learning experience. Regardless of what happens, it’s an opportunity to learn more about yourself. 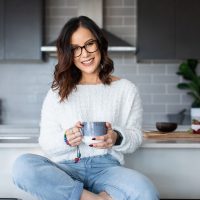 Amanda Lau is a Womens Life and Wellbeing Coach from Sydney, Australia. She recently left the corporate life to pursue her passion for helping others. In addition to coaching … Read full bio