The Epidemic of Anxiety is Killing Us. 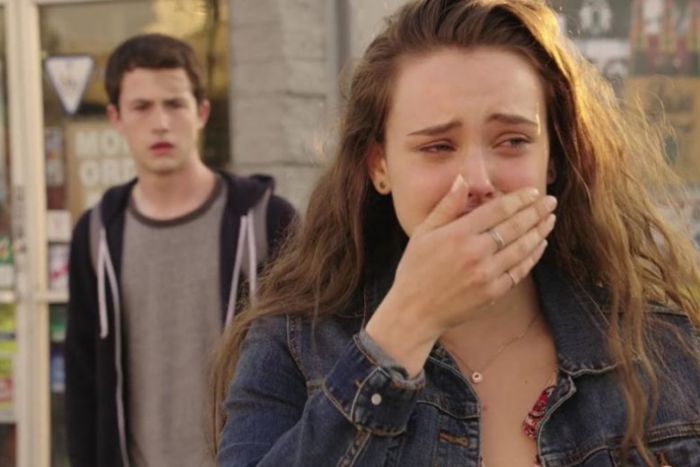 I woke up today to be met with depression’s evil twin.

Allow me to introduce anxiety.

It’s that unexpected, unexplained panic attack out of seemingly nowhere.

I wake up abruptly with those oh-so-similar spins—only I don’t drink!

The sweat pooling at the nape of my neck, my hair soaked, my heart racing and beating out of my chest, tinnitus in my right ear, a reflux of Italian cuisine, now up in my throat, and my bowels churning like butter. I’ve experienced these moments since I was a teenager, and they still scare the hell out of me.

I remember my first panic attack as vividly as yesterday.

I was 16 years old and my parents were driving my high school boyfriend home. I came along for the ride, like I always did. It was just after midnight on a cold January night. We were making small talk, and suddenly I became extremely hot, so I stripped off my scarf and coat—but it only got worse.

I couldn’t swallow. I rolled down the frozen window, trying to get fresh air in, because now I couldn’t breathe. Then, I broke into tears. That was it; I thought I was going to die.

My dad made a U-turn on a one-way street, and rushed through every red light to get to the nearest Emergency Room. Diagnosis: SVT (super ventricular tachycardia, also known as elevated heart rate) and anxiety. Granted, there were a ton of reasons at that time that could have triggered this, but they weren’t the cause. My brain was.

I also had a strong genetic predisposition to anxiety, but it was the elephant in the room we never talked about. Darn near everyone in my family had some form of anxiety that came out as Irritable Bowl Syndrome (IBS), phobias, migraines, or drinking too much.

Nature? Nurture? Well, it was probably both, but it’s all irrelevant to try and analyze it when you can’t even catch your breath or speak.

Like depression, anxiety is on a spectrum, from normal anticipatory anxiety (that everyone has to some extent), to full-blown panic attacks, with connecting flights to social anxiety, obsessive-compulsive disorder, agoraphobia, and generalized anxiety disorder along the way.

There’s a ton of scientific evidence behind the how, why, and where in the brain anxiety disorders begin, and the toxic stress chemicals released during the fight-or-flight response that fuels them. We know anxiety is not about being a worrywart, or irrational, or a drama queen (or king).

Yet even with functional MRI studies, scientific proof about the role of the amygdala and the neuroplasticity that can change the brain, and proven treatment methods like cognitive behavioral therapy, dialectical behavioral therapy, mindfulness, and medication, many still work really hard to hide their anxiety.

They are afraid of being ridiculed as too sensitive, too emotional, too empathic, too moody, too dramatic. And the cost of rationalizing is astronomical.

We can sit around and speculate about why there has been a rise in mental health-related deaths. And to be fair, I don’t even know that there has been a rise, or if it’s just that we’re now simply collecting the statistics and have the tangible proof. I think this has always been an issue—it’s a story as old as time.

But my generation, we were pros at hiding issues of anxiety, depression, and suicide.

When I was younger and people died by mental illness, the obituaries were vague: “died suddenly,” “died unexpectedly,” “died before their time,” or “died due to an accident.”

There was such shame and feelings of failure being projected, especially onto the families. We locked it away and kept it in the family pandora box of secrets. But we all know how well that turns out—what we resist persists!

Three out of four of my children suffer from some form of anxiety. Many, and I mean many, of their close friends and their friend’s friends do as well.

I applaud the parents who see the red flags, ask the difficult questions, and talk about the really hard stuff. The ones who take their child to the doctor, fill their prescriptions, get them into therapy, and support them unconditionally.

However, I have also seen the opposite, and it makes my blood boil! The kids who are so darn brave to ask for help, only to be met with humiliation. The ones who are called weak, hormonal, are told to “man up,” or whose pain is minimized before the person they trusted changes the subject and then the channel.

If your kid broke their leg, I am pretty sure all parents would take them to the doctor, get the X-rays, pick up their pain medication, and get them into physical therapy as soon as they could.

Anxiety disorders are no bloody different, other than the cold, hard fact that seldom does a broken leg kill you!

In the last three months, four boys known to my kids—either in high school or university—have ended their painful, ruminating thoughts by suicide. And nope, none of them were “that kid.”

None of them were the socially awkward, odd duck who never quite fit in, who was bullied relentlessly, who sat alone in the cafeteria, who came from a broken home with absent parents. That would be easier to comprehend though, right?

And while so many of us are thinking, “That would never be my child,” I can assure you that every loved one of a soul who died this way also said, “Never them,” too. It’s time for us to stop being naive.

Those young men were all stars, in their own way. Top of the food chain in popularity, head of the graduating class, athletes with close friendships and student employment, who came from “good”families. The denial about the epidemic of suicide among youth and young adults is staggering, and yet so much easier to ignore when it is “that kid.”

I get it. I do. As a parent, we are supposed to go first.

I understand that this topic makes us squirm in our seat, and maybe it triggers us to have our own concealed panic attack and want to exit the room.

I have tried to shatter this stigma to ash, often pulling out my own guts to be investigated, like a crime scene, on social media.

I’ve reached out to podcasts to advocate for mandatory mental health classes for students and psychological first aid for child care providers, teachers, parents, spouses, siblings—anyone or, preferably, everyone.

I have sent emails to a number of churches about founding and creating the framework for mental health ministries for both adults and children.

I have spoken to local television and radio stations to discuss the dire need for trauma-informed care from bartenders and hairstylists to lawyers and the justice system, with very little response.

I wonder if it will take another suicide or school shooting or sexual abuse scandal or domestic violence death or overdose of a celebrity before this issue is trending enough to gain a hashtag, to gain interest, to garner enough views and shares.

When is enough, enough?

Why does it have to take another soul to die before we pay attention?

And what if next time it’s someone you love?

Anxiety is not the Enemy: how our Symptoms can Help us Heal. Eight Nutritional Deficiencies that can Cause Depression & Anxiety. Sometimes the Crisis Is the Healing. {Pema Chödrön}
See relevant Elephant Video