Why I’m reviving the practice of Christmas gnome worship this year. ~ Danica Boyce 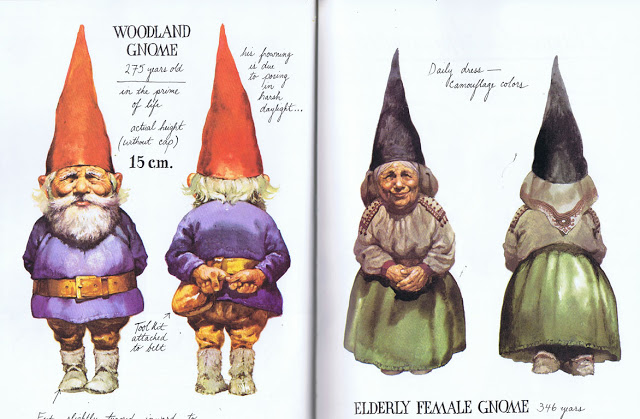 In keeping with the age-old tradition of my European ancestors, instead of leaving out cookies and milk for Santa Claus this Christmas eve, I’ll be leaving out a bowl of porridge for the protective spirit that lives in my house.

Christmas is a time of many customs, many obligations, many folklore celebrities.

Santa Claus, Rudolph, Jack Frost, Jesus, the wise men. The cast is huge, I know. But I’m here today to submit yet another figure, if you can find room in your heart for him. He doesn’t take up too much space!

May I introduce the Christmas gnome; known in Sweden and Norway as tomten or fjøsnisse, in Finland tonttu, in the Netherlands kabouter, to the Scottish, brownie, to the English hobgoblin, elsewhere as domovoi, kobold, alf, drac, lares, household spirit, and originally, domestic god. He is small, ancient, and lives in or near your home, but is especially likely to pay you a visit on the night of Christmas Eve. He sports a long white beard, a pointed red hat, and old fashioned clothing.

Do you recognize him?

Maybe you think I’m referring to that jovial Christmas visitor called Santa Claus. And you know, in a way I am. That’s because a lot of what we now believe about Saint Nicholas used to be true about a little humanoid creature called the gnome—or any other of those names I listed above, and more.

Santa is merely a colourful, child-friendly, post-industrial offshoot of what was once a foundational, everyday element in pagan cultures across Europe—the farm or family’s household spirit.

In Nordic countries, Yule was the most important time for making offerings to these protectors of the homestead, whose visits to the house, stables, and barns on that night would ensure the safety, productivity, and luck of those places and their inhabitants throughout the long and difficult winter.

The main way that people interacted with household spirits, and showed them their respect, was to leave them offerings of food and drink. Unlike Santa Claus, who nowadays will leave his gifts for the children whether or not he receives his cookies and milk, household spirits will not continue their service to a family unless they are fed regularly.

Because let’s be honest, the Santa myth, the one where he shows up out of the blue with a pile of disposable presents for no reason, is not a great model for an ethical community of people and things. Endless consumption is not spiritually or materially sustainable, and the behaviour of the Christmas gnome demonstrates this principle unequivocally.

In Sweden and Norway, the longest enduring image of the tomten or nisse, is that of them eating julegrot, Christmas porridge, with a pat of butter on top, which was left out for them on Christmas Eve in the barn or the farmyard. Countless folktales from Sweden and Norway speak of harsh punishment dealt by the tomte or nisse to residents who deny the creature its porridge, or forget the oh-so important butter on top. This is a realistic being, whose behaviour shows us the consequences of our actions.

The nature of household spirit differs from country to country, of course, and it has been influenced and suppressed by Christianity since the Middle Ages and by commercialism since the industrial revolution. In Christian times, the gnome was often depicted as a pestering demon or a poltergeist, and in modern times it has been trivialized, made into a children’s toy or a garden ornament. But its basic nature remains unchanged; the gnome is a being, an animation of the essence of a place, that is drawn for good or ill, to interact with the humans that live there with it.

Of course, the Christmas gnome also has something in common with our modern idea of the Christmas elf. We see those cute, selfless beings in their pointed caps as the faithful servants of Saint Nicholas, slaving away at the North Pole to produce plastic toys for the children of capitalist nations, when it was only one to two hundred years ago, and for many centuries previous, that the Christmas elf, or gnome, was the main visitor on Christmas, and Saint Nicholas was simply a Christian saint of seafarers who happened to like children.

And if you scratch the shiny image of the modern Santa, this kindly little pagan figure is just beneath the surface. But the primary difference between Santa and the gnome is this: the gnome and his counterparts have nothing to do with buying things, no relation to factories or to mass-produced children’s culture. Though he had a special concern for the well-being of children, the gnome was for everybody.

Like so many grand folk traditions in the modern era, veneration of the household spirit at Christmas had to go underground a little to survive. But because this tradition was so close to home, so precious to the domestic sphere across the European continent, it didn’t have to descend too far into hiding, just to the level of the child, into the cozy embrace of children’s stories and songs.

The folklore of Santa Claus, which on the surface may appear nothing more than an excuse for mindless consumption, hints more deeply at the idea that there is a unique and beautiful spirit residing in every home, no matter where, just waiting to be recognized, to be nurtured with simple food, to be of use.

In its essence the tradition of household spirits is a testament to the fact that the places we live, the walls around us and the ground beneath our feet, are as alive as we are, and reflect whatever we offer them right back to us.

Because when you can see your ancestry and mutual responsibility in a little spirit with a pointed hat, in the warmth coming from your furnace, in the corners of your living room, when you choose to find connection in the very substance and material of the world around you, the silent breath of a place, then you are truly home for Christmas.

Much more in my podcast episode, Gnome for Christmas, The Midwinter Household Spirit.

Image at top: the beloved Gnomes book we all loved back in the day. Find it at a local used book store, I just recently did! ~ ed. 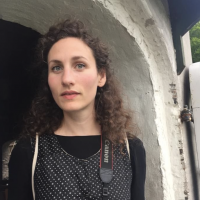 Danica Boyce produces a podcast called Fair Folk, devoted rediscovering and sharing the sacred song and folk traditions of Europe. She has a Masters in Medieval and Early Mode… Read full bio

I’m done with Christmas: Reclaiming the Holidays for my ever-evolving Self. The One New Year’s Resolution we Should all make for 2020. Wake Up and Smell the Winter Solstice A Yuletide Gloria: The New World is Real!
See relevant Elephant Video