In 2020, Do the World a Favor & Overcome the Fear of Feeling Deeply.

It’s that time again: the beginning of a new year.

A time to commit to workout programs, healthy eating, and better living. A time when inspiration is at its peak.

This year though, I invite you all to add one more resolution to your lists: to overcome the fear of feeling the pain in the world. Now, more than I ever, I feel we need more people who are not afraid of facing, embracing, and relieving the immense suffering in the world. And this all begins with first allowing ourselves to feel the “ouch” of it.

I turn on the television.

The news is on.

I hear stories of families being burned by the cartel, malnourished immigrants locked up like animals, mass shootings, a crazed dictator building bombs able to reach America, a newborn infant found alive on the side of the road wrapped in a plastic bag, an elderly man in critical condition after being punched in the face for no reason, police brutality, hate crimes, and much more. All of this followed by stories about weight loss tips, finding the best holiday shopping deals, and, of course, your local weather.

For us, this is completely normal though—just simply “how things are.” And because it can be so overwhelmingly painful, frightening, and, sadly, familiar, we allow ourselves to become desensitized.

It’s less painful to be indifferent. It’s easier not to feel.

Here’s another example. Every morning, I drive by a sign for Dulce, the child who went missing not too long ago. How many people look up and just see a photo of a child and keep driving, not thinking twice about the excruciating pain of her parents, who have no idea what’s happened to their baby girl, or the suffering of the child, wherever she may be? To so many, she’s just a picture.

How many people saw the father and daughter, dead, washed up on shore after drowning in an attempt to cross the border and just went to work without being heartbroken? I have three children, one who is the same age as the girl who died. There were many times I saw that image and didn’t allow myself to feel it. Yet, on one occasion, I intentionally chose to feel it deeply. No longer did I see what, unfortunately, many would call “illegal aliens” lying there dead, but rather I saw my daughter and me. I saw myself in a country that was no longer safe for my family, with no other choice but to make a desperate attempt to flee for a better future.

We see or hear about so many disturbing things, such as the examples above, all the time, and the sad part is, more often than not, it no longer disturbs us. Unless it’s ourselves or someone we are close to, it can seem like these terrible things are happening “out there” to “other people.” It can all seem so far away, so distant.

Now don’t get me wrong—we aren’t bad or evil because of this, and I’m not saying we are never disturbed by things, or that we don’t ever feel upset by tragic stories or events. Rather, we have become comfortably numb. There isn’t something inherently wrong with us. It seems, to me, to be more of an unconscious defense mechanism to keep us safe, rather than a conscious choice to turn away.

Please don’t misunderstand this message of feeling the pain in the world as drowning in it. I am not saying we should wallow in sadness about how things are either, but rather be willing to touch in to the felt sense of it so we can benefit ourselves and those around us.

Here’s what I found:

From my experience of allowing myself to feel the pain in the world, I have found great spiritual benefits. First and foremost, feeling deeply has connected me with the tender heart of sadness. Many of us try not to feel sad, or maybe feel weak or wrong for feeling this emotion. But the truth is, the tender heart of sadness is our greatest teacher. It allows us to open up to a rich depth of loving-kindness, compassion, and gratitude. I know for me, in the moments where my heart has cracked wide open, I have experienced levels of love and joy which are hard to even put into words.

The next benefit of feeling the pain in the world is it puts us in a state of mind that wants to practice non-harming. In other words, when in touch with the tender heart of sadness, we see the suffering caused by greed, hatred, aversion, and other unwholesome states of mind, and we know for certain we don’t want to add to it. On days when I am in touch with my tender heart, I am much more gentle, patient, and compassionate toward those who normally would just get me upset, and I want to deepen my practice of meditation and mindfulness so I don’t get caught in the same unwholesome states of mind.

Probably the most important benefit of actually feeling the pain in the world is the cultivation of what Buddhists call bodhichitta, this deep desire to awaken for the sake of other beings. When we see and feel the pain and suffering of others, our heart breaks and we yearn to do whatever it takes to bring relief. We realize our time here is limited and dedicate each moment of each day we have to ease the suffering in the world.

If all of us could make this resolution, I feel we could make a big impact in the world, or, at the very least, ease a whole lot of suffering. So this year, do the world a favor and make the resolution to overcome the fear of feeling deeply the pain in the world. 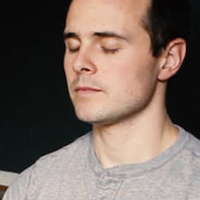 Mark Van Buren is Bergen County’s go-to guide for all meditation and mindfulness-based training. With well over a decade of experience in the field, Mark instructs medit… Read full bio

4 Tips: How Buddha & Jesus align when it comes to Suffering. Father’s Day: “Real fearlessness is the product of…” Two Buddhist Steps to Cultivate Gentleness toward Yourself.
See relevant Elephant Video