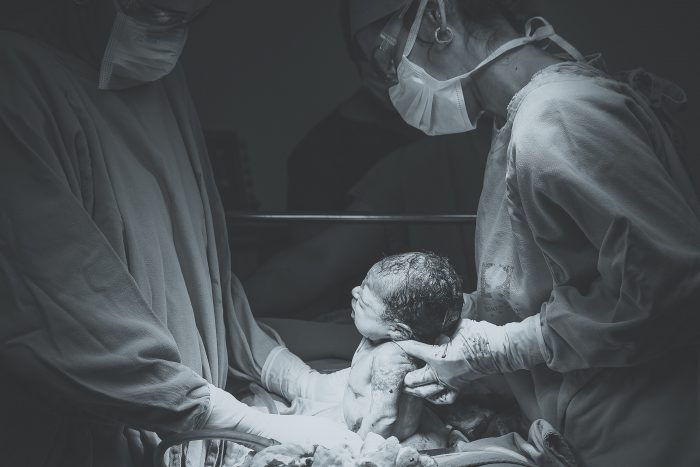 How can a person love, respect, and protect life, and still be pro-choice in regard to abortion?

I was raised pro-life, in a spiritual community. I was indoctrinated that abortion was a heinous sin. The moment I knew that was propaganda was the moment I found out I was pregnant at 17. I was an addict. I was afraid, and I knew—in my bones, in that moment—it was my choice alone.

There is an important distinction to be made here—being pro-choice is not being proabortion. Pro-choice is being pro consent.

Becoming a mother—creating a life-form inside our bodies—is no light undertaking. There is both risk and trauma involved with giving birth, just as there is with getting an abortion. This is the most personal choice that a woman can face—to become a mother or to abort that possibility. And it is her choice alone.

Any time choice is asserted into this conversation, the argument becomes, does the baby not have a choice?

A fetus is incapable of choice and is, in fact, incapable of life outside of the woman’s body. A fetus cannot exist without the benevolence of its mother’s consent. We all love the idea of a benevolent mother, but benevolence can’t be forced. Force a woman into motherhood—take away her choice to create, nurture, and love life—and motherhood becomes an act. But how we all love to tear apart fake, incompetent, traumatized, under-resourced, drug-addicted, and poverty-stricken mothers.

Okay, I’ll lend a little benevolence toward the collective attitude around struggling mothers, and say this—if we are not directly destructive to their existence then we are, at best, unsupportive. Social services, in the United States, is being steadily whittled down to its bare bones, and still we judge the carrion who are left to pick the carcass clean, as if they have a choice. We love the notion of free will ’round here, but the truth is, a person who does not have a reference for what it is to live outside of their current paradigm cannot actually make a different choice.

There are exceptions, sure—people who can rise from the conditions that they were born into. But they stand a better chance of doing so if they have a mother who loves and wants them. Yes, wants them.

Despite how superb anyone’s moral superiority is, they have neither the right, nor the power to change what a person wants.

Let’s just go for the murder argument, because it’s there, seething under the church bleachers: abortion is murder. It is, in fact, not. The fetus is not an autonomous being. Its organs function in symbiosis with the mother’s body. Everything from its circulatory to eliminatory system is linked to the woman’s body that hosts it. There have been arguments that deem a woman no more than a host to a baby. This is not okay. We do not get to take away a person’s personhood because of a moral discomfort with their choices.

In a curious counter position made in an online forum (Instagram) by a hardcore pro-lifer, I learned that if a person kills a pregnant woman they can be charged with two counts of murder. How do you explain that if the fetus isn’t a person? Turns out The Unborn Victims of Violence Act of 2004 states that a fetus is a member of the homo sapiens race, and is therefore subject to legal protection, in cases of violence or murder. An addendum to the legislation states that this exempts abortion—that a woman has the right to consent to an abortion, regardless of other legal standings of a fetus. If, however, that woman is attacked or killed, the perpetrator can face a double assault, or double murder charge.

All of this has been done in an attempt to deter people from attacking and killing pregnant women. Some reports say as great a number as 20 percent of all pregnancies will experience intimate partner abuse. Other reports quote 300,000 per year. What does this have to do with abortion? An abortion could potentially save a woman’s life if she is in an already unstable relationship.

Violence between intimate partners tends to increase with the annunciation of an unwanted pregnancy. Stress, lack of resources, lack of partner stability, physical limitations, age (young or old), marital affairs, and complications with the pregnancy or fetus are all reasons to not want to carry a pregnancy to term—as is simply not wanting to have a baby.

Should we all just go out willy-nilly and use abortions for our go-to child prevention method? Of course not. I also find late-term abortion—unless it is to save the life of the woman, or if the fetus is not developing properly—to be unsupportable. I’ve walked with a family through such a heartrending choice. We worked with the feelings and decisions involved. My client wanted to keep her baby, but it had severe disabilities. She made the choice to terminate. She delivered her baby—dead—then buried her and grieved. The whole family did. So there is that side to explore as well—those who have no other options.

A part of the solution? I’m all for pregnancy prevention. We need healthcare that covers more pregnancy prevention options—including contraceptives for men. Moreover, we need more open, intelligent discussions and education about sex, STD’s, and pregnancy that do not incorporate or center around shame. We need to be enabled and empowered to better know and understand our own and our partners’ genetics and how they might play a role in reproduction.

Dig deep past all the judgments and discover compassion for an impossible situation.

Here I am—weeks from welcoming my granddaughter, rubbing on the daughter’s oh-so-pregnant belly, and I find myself wavering between that joy, memories of my own shortcomings as a meth-addicted mom, and arguing abortion rights with perfect strangers online.

How can I be completely committed to my daughters pregnancy and be pro-choice? My daughter is choosing this—she consented to her pregnancy. The key word here is consent. And that is what this entire discussion, with its moral champions for babies’ rights, doesn’t seem to get. Nobody’s moral position gets to take precedence over my or your body autonomy.

I hear it, that spiritually superior gasp. How do I justify my devotion to the fetus that dwells in my daughter and yet also support—even devote—myself to another woman’s right to abort hers? I said it before, and I’ll say it again: when I found out at 17 that I was pregnant, I knew in my bones that it was my choice, and I made it. I consented to carry that life, and now my own daughter consents to carry the life of hers. And I am so excited to meet her—my granddaughter. But if my daughter had chosen another way, I would have supported her in that as well.

In the event of an unexpected pregnancy, consent is what matters. No one has the right to mandate that we women grow a life inside of our bodies against our will. I refuse to give up my autonomy—as a woman and a person—because someone feels their discomfort gives them the right to dictate the parameters in which I will live, create, and explore my own life.

My body. My life. My choice.

Your Genitals & Pleasure are your Own. {Adult} I’m the Woman in your Life who you Didn’t Know had an Abortion.  Why Getting Herpes was One of the Best Things to have Happened to Me. Stealthing: The Dating Trick you’ll Wish you’d Never Heard of. {Adult}
See relevant Elephant Video