“Two Kelpies on a Date”—inspiration to Delete Tinder, Bumble & all the Rest. 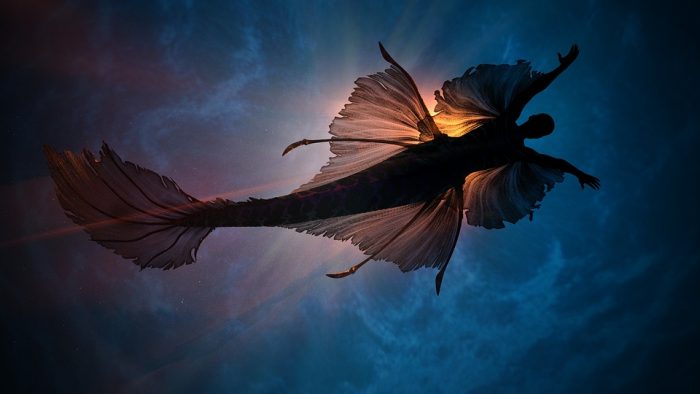 A decade ago, my dates were but two kelpies on a date.

A kelpie is a shape-shifting water spirit inhabiting the lochs and pools of Scotland.

Even as a man spent weeks engaging by text and not asking me out, I would keep responding, keep texting, keep the thread alive. This was just part of the period of getting to know one another, wasn’t it?

When a man texted me more, I answered with more words and more often—because more engagement between us meant more interest between us, right?

As my phone pinged, I laughed in my dark bedroom alone, after midnight. This guy was so funny. That guy was so intellectually engaging. We were building such a rapport, and wasn’t that just going to make our first date even better?

I built up ideas of what he would be like in my head, phone in hand by myself. I filled in the gaps of who he was and what he was like. I did not do this on purpose: it’s just kind of what happens when there’s not a real person in front of you. His humanness erased, I filled in the blanks and the man on the other end of the phone became a kelpie.

Men texted me to confide secrets about their past or to unload tales of their exes. We were “connecting,” “getting vulnerable,” “being honest.” Weren’t we?

This was modern dating.

It’s just what we do now.

I failed to remember that I didn’t know them, had never met them, didn’t yet have rapport or trust, and didn’t even have body language to support these stories. We also lacked the human strength that would normally be required to share such intimacies while making eye contact. We were two humans erased.

I thought we could get some of the pesky elimination rounds out of the way. “What are you looking for?” “What happened in your last relationships?”

Who wants to waste time on dates with people who haven’t been “properly filtered?”

It didn’t occur to me that every woman probably asked these same questions, and that every man likely had “filter-ready” answers the same way we all do for job interviews. His kelpie was answering, not his soul.

I also thought these texts would make the first date a “sure thing.“ With the dynamic of these text conversations, weren’t they going to be as authentic and connected in real life? You may notice that earlier, I referenced a multi-year period. Obviously, they weren’t.

In real life, men arrived on our first dates, some of whom gave me an immediate and visceral “no” sensation in my gut. Sometimes, I would try to make a yes of it: he was a nice guy or funny or great to talk to on text. It never worked because none of those text impressions could ever push away my gut feeling of “no.”

And I’m sure it worked the other way just as often. I was confused every time it did. We were invested and interested, weren’t we?

I couldn’t see that we were two kelpies on a date.

By text, we had shared intimacies beyond what was socially normal or appropriate. On a first date, there was now the awkward navigation of knowing both nothing and too much about each other. None of my dates were awkward, but it’s a weird thing to not know what vehicle a man drives and simultaneously know that he “can’t wait to see his fetus grow inside his partner’s body.”

The more we had texted, often the more developed his impression of me was. There were parts of my personality he connected with, enjoyed, and was interested in. Then I had to play up that part of my personality to be “text me.” I couldn’t just be me—my kelpie had to be at the table instead.

The more time I invested, the more invested I was in the results. Humans tend to be like this for obvious reasons.

I had spent all this time sharing intimacies, getting to know someone, and investing in building a relationship. It was supposed to work out. This is a normal train of thought for a normal relationship arc.

That’s not how text relationships work before you’ve met someone in real life. In those relationships, our humanness is replaced by the shape-shifting nature of a water spirit. We do what we think we need to do or say, but none of it means anything because we are but a kelpie to the other person, and maybe to ourselves.

I signed up for a matchmaker. The contract stated explicitly: “no texting before dates.”

I found myself on dates with no presupposed notion of someone (or vice versa), no investment beyond the quick phone call to arrange the date, no midnight vulnerable confessions that didn’t match what we were willing to share at a table.

I had my time back. Vulnerabilities were revealed in time. I wasn’t as invested in whether it worked out or not. Intimacies were either shared or not shared, as time naturally allowed to unfold.

I was no longer having the experience of being two kelpies on a date.

After my matchmaker package expired, I went back online and the process was different.

And I no longer sent my kelpie on a date.