Why we should all do Kegels, according to Science. 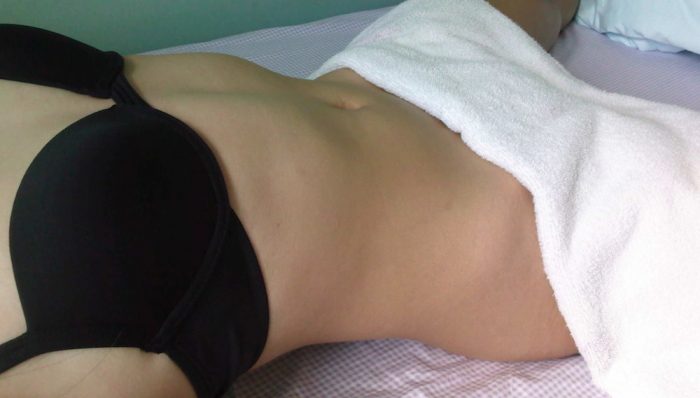 How much do you know about your pelvic floor?

Maybe you’ve heard of Kegels, but don’t really do them, or you hear the yoga teachers say, “Engage your pelvic floor,” but you’re not quite sure what they’re talking about.

Read on to learn what Kegels really are, what the yogic version looks like, and the amazing benefits that come from a strong pelvic floor.

Pelvic floor exercises, better known as Kegels, are stereotyped as only for women, to help with urinary incontinence or strengthen the pelvic floor after giving birth. However, everyone should be paying attention to their pelvic floor health.

For both men and women, not only is the science behind pelvic floor exercises amazing, but Ayurveda actually described these techniques thousands of years ago. Two ancient techniques restore strength, health, and integrity to the pelvic floor: ashwini mudra and mula bandha.

When you stop and think about it, how often do you engage your pelvic floor musculature? These are muscles that would stop your urine flow or help you have or hold back a bowel movement.

Historically, before we became a seated culture, humans were moving most of the day. When we’d stop to eat, socialize, or rest, we would squat rather than sit. This is still evident in India and Asia today. In India, you commonly see groups of men or women in the village square squatting around chatting it up. In fact, the first historical record of a chair was only in Egypt in 3100 BCE, relatively recent in terms of human history. Before that, pretty much everyone squatted.

Erase Low Back Pain at its Root

Historically, humans would run long distances and carry heavy objects on their heads or backs. The only way this physical labor is sustainable is with strong pelvic floor stability. Try it: put a bunch of heavy books on your head and take a walk; you will quickly engage your pelvic floor muscles.

On the other hand, while sitting at work, driving, watching TV, or eating at the kitchen table, pelvic muscles are required to do absolutely nothing. Over time, without use, they atrophy, resulting in pelvic and low back instability.

Pelvic floor strength is the foundation for the spine. If the foundation is weak, the spine above will not be stable and low back, mid-back, or neck pain may result. Folks sometimes need to get adjusted by their chiropractor every week because “their low back goes out.” This instability is likely due, at least in part, to a weak pelvic floor. Unless you regularly perform pelvic floor exercises or Kegels, you most likely have a weak and possibly unstable pelvic floor.

Regarding boosting sexual function with Kegel exercises, in one study, one group performed Kegels and the other group did not. All subjects were asked to answer a self-rated Pelvic Organ Prolapse, Urinary Incontinence, Sexual Function Questionnaire, and had EMG measurements of pelvic floor and abdominal muscles evaluating for increased strength.

The Kegel group scored higher on all counts, suggesting pelvic floor exercises not only support structural stability of the spine and healthy urinary tract function, but they may enhance sexual function as well. Another study found a boost in sexual function postpartum (four to eight weeks after delivery) from pelvic floor strengthening.

>> Sit in a comfortable position, close the eyes, and visualize the muscles that can stop urine flow.
>> Tighten these muscles as much as possible.
>> Hold for 3-5 seconds. It should feel as though the muscles are lifting up as a result of the squeezing.
>> Release muscles and rest for several seconds.
>> Repeat up to 10 times.

This exercise can be performed while standing, lying down, or crouching on all fours. This exercise should be followed by a rapid “squeeze and release” pelvic floor contraction:

>> Sit in a comfortable position.
>> Picture the pelvic floor muscles.
>> Squeeze muscles as quickly as possible and release without attempting to sustain a contraction.
>> Rest for 3-5 seconds.
>> Repeat the movement 10-20 times.
>> Repeat both exercises twice a day.

The first Ayurvedic and yogic pelvic floor exercise is called ashwini mudra, which is rhythmic contraction of the anus in an effort to direct prana and kundalini energy up the spine into subtle energy channels called nadis.

Learn more about how certain nadis carry spiritual energy up the spine here.

According to Yogapedia, this practice is performed seated. After a full nasal inhalation, the breath is held while the anus is contracted for 1-2 seconds, performing 4-5 contractions before exhaling to complete one round.

Ashwini mudra has many physical, emotional, and spiritual benefits, including:

The second pelvic floor exercise commonly practiced in yoga and Ayurveda is called mula bandha or root lock. The word mula means root, and it relates to the pelvis (as the root of the body) and is associated with the muladhara or root chakra. The word bandha in Sanskrit means to bind or bond.

Similar to ashwini mudra, mula bandha is a pelvic floor contraction. But here, the focus is not on only contacting the anus, but rather the entire perineum, the area between anus and genitals. This is practiced in a meditative position, preferably cross-legged to start, and initially without any breath holds.

The benefits of this practice are similar to those of ashwini mudra. If you practice these, you should have greater pelvic floor strength, less back pain, and increased energy and mood. However, for both practices, the traditional goal is to support subtle energy flow from the (sacred) sacrum into the nadi system that surrounds the spine, in order to have greater spiritual awareness.

Have you tried these exercises? What have you found?