A Change is Gonna Come: the Growing Tidal Wave of Alcoholic Understanding. 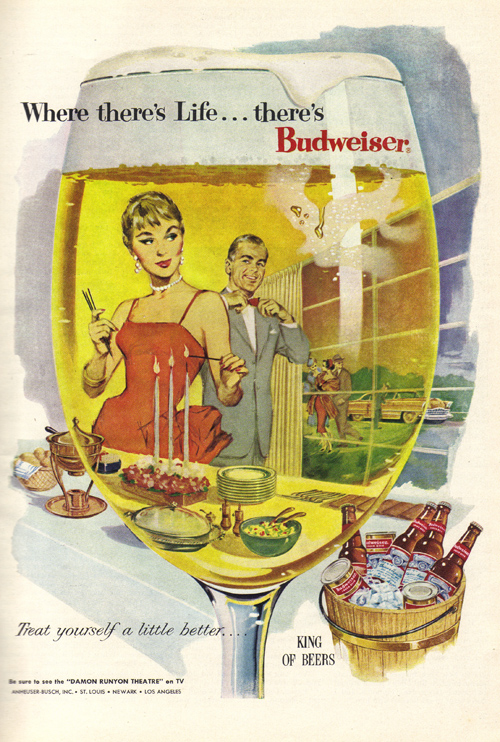 I smoked cigarettes for a good portion of the 1990s.

I started smoking when I got to college and found that many of the new friends I was making fashionably paired tobacco with alcohol. I wore faded jeans with an old T-shirt most days, and showered and shaved rarely. I paid five dollars for a haircut from a woman who lived in my building every few months, and I gained 40 pounds from beer and pizza my freshman year. Smoking and drinking were the only fashionable things I did back then.

I can remember walking through the mall smoking cigarettes with my college buddies. I was always on the lookout for my mom’s friends. I didn’t want them to see me smoking and report back to my parents. I was in my 20s at the time, and fully capable of making my own bad life choices, but I didn’t want to worry them. Even more than that, I didn’t want my parents to think badly of me because we all knew smoking led to cancer. It might have still been fashionable to the beer swillers on college campuses across the country, but smoking was right on the cusp of becoming socially exiled behavior.

Twenty years ago, we were smoking in public places—not just bars, but malls and theaters and lots of indoor areas where we all shared recycled air. Smoking was permitted on airplanes recently enough that the airlines still feel the need to remind us that it is no longer acceptable. It is hard to fathom, even for me, a former smoker, that any of these public nuisances were so recently considered tolerable.

I’m an alcoholic in recovery. While I am aware of the statistics and indisputable scientific facts that alcohol is more deadly than smoking, I am also aware that we are not on the cusp of sending beer, wine, and booze into the same social exile to which we dispatched smoking at the turn of the century. Not even close.

Alcohol is foundational in our society in ways tobacco never was. “Big Alcohol” will not soon suffer the same fate as “Big Tobacco.” But still…

Change is coming. I can feel it. Can you?

I attended a book signing here in Denver, hosted by Holly Whitaker for her new book about sobriety from alcohol called Quit Like a Woman. Holly was joined at the event by Annie Grace who was also signing her book, This Naked Mind, about the effects of alcohol on our brain chemistry.

I arrived at the book signing right on time, and was amazed to find a throng of 50 or more people crowding outside the entrance to the bookstore and peering through the plateglass windows. The establishment was overcapacity, and the disregarded mass of humanity was huddled together, jostling politely for a better glimpse, and straining to hear the words Holly and Annie were imparting on the eager attendees.

As people walked by on the sidewalk, they inquired about the name of the author that drew such attention. Many of them were on evening strolls with their dogs, clearly residents of the quaint neighborhood on the northwest side. They were intimately familiar with the bookstore, yet completely astonished to see it receiving so much attention. When I shared Holly’s name, they looked puzzled and asked, “Who’s that?” When I explained that she writes about addiction and recovery, they walked away with a look of dismay plastered on their faces. After a while, I got sick of the same routine, and I started telling inquiring passers-by that Michelle Obama was inside. No one believed me, but I had a lot of fun watching their reactions.

I have no connection with either of these authors. I met Annie that night, and Holly was too encased in adoring fans for me to get close to her. I am not sharing this story in an attempt to boost their book sales (although, I’ll give them both my recommendation if you ask). I’m sharing this story because there is a movement underway, and for anyone on Tennyson Street last Friday night, the growing swell is undeniable.

A good friend of mine posted to her local neighborhood Facebook group about her growing disgust with the fact that every neighborhood event revolves around wine. She asked if any of her neighbors had an interest in meeting up and not drinking. She confided in me that she almost deleted the message without posting it because she was so anxious about the ridicule she expected to receive as a prude or teetotaling fun squasher.

Within an hour of posting her question, she received over 100 comments of support. Remember this wasn’t posted to the nebulous abyss that is the Facebook universe, this is a private group for women in her hood. It is a small group—a few square blocks in Denver. Yet, it was busting at the seams with shared sentiment that the pervasiveness of alcohol in every facet of our society is growing increasingly unwelcomed.

I started working on a 5K run/walk event I want to hold to raise awareness about alcohol addiction. I made a list of people whose support will be impactful if the event is to be a success. I sequenced the people in the order I planned to contact them with the understanding that one person’s support might make the support of the next few people a little easier. I prepared my pitch, and I started making phone calls and sending emails. I expected the buy-in phase of the planning to take a month or so as I rallied the necessary support to make the event happen. Within three days of having an idea in the shower, I had an enthusiastic commitment from every influential person I needed to make it happen. No credit goes to the smoothness of my presentation. Things gained speed so fast that my message was not well-formed, and I stumbled through several conversations.

Here’s the thing that was consistent through every conversation I had with government administrators, mental health professionals, addiction and recovery badasses, and school officials: They all got it. I didn’t have to explain much at all. My mission was neither original nor unique. I was not screaming for attention for a back burner issue. It was on all of their minds. They were onboard before I even opened my mouth.

I asked a recent guest on my Untoxicated Podcast to become my co-host. My podcast is about recovery from alcoholism, and my recent guest is not even an alcoholic. She is sober because of the benefits her abstinence brings in her life, but not because she battled addiction. She agreed to co-host the podcast because she believes in the mission, even if it is not exactly her plight. A few years ago, a non-alcoholic wouldn’t come within a hundred miles of an alcoholism podcast for fear of being lumped in with the degenerate alcohol addicts. Now, my new co-host has no fear of the stigma. In fact, she wants to be part of the solution.

That was some week!

I’m not so naive as to interpret these events as an eminent change in society’s love affair with alcohol, but a groundswell is building that you ignore at your own peril. Sobriety isn’t a dirty word anymore. It doesn’t automatically elicit fears of weakness and depravity. Likewise, it is no longer considered a death sentence for those of us who struggle. Does society equate sobriety with enlightenment like I do? No. Not yet. But I’ll keep working on it. And as last week proved, I’ll have a lot of help.

Alcohol is a poison in any quantity. It can be deadly, and it can also destroy relationships at a rate unrivaled by any substance or condition known to man. Those who drink moderately shouldn’t take pride in their willpower, they should wonder what their life could be like if they lived it to the fullest. If you don’t believe me, think back to when smoking was cool. Do you remember?

There is a tidal wave building. It is way out in the ocean, but it is gaining strength and growing closer. What side of the solution do you want to be on when it crashes onto the shore?

If you are struggling with alcohol, there’s no doubt that the shame of your affliction is a major factor. I have good news for you. The stigma is strong, but it is weakening. You don’t need to be embarrassed about becoming addicted to one of the world’s most highly addictive substances. You are not a deviant. You are a victim.

And if you would like help recovering from the destruction alcohol has scattered throughout your life, I hope you’ll read my free ebook: Guide to Early Sobriety. Listen to my podcast here.

Sobriety doesn’t Fix Anything: the Pain Inflicted by a Post-Alcoholic Marriage. The Surprising Method that Helped me Quit Smoking. 6 Ways Alcohol Abuses Us—whether we’re an Alcoholic or Not. Giving Up the Bottle: What 6 Years of Zero Alcohol can Do for You. My Transformation: 30 Days of No Alcohol.
See relevant Elephant Video