Are you under the Alcohol Spell? It’s time to Wake Up. 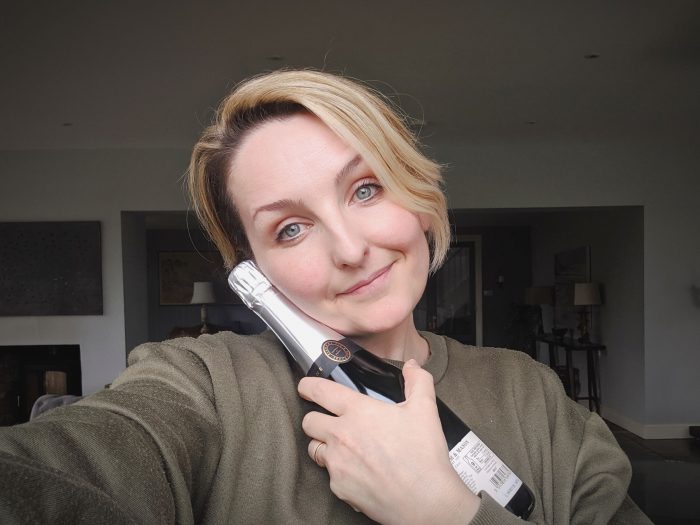 Remember when everyone smoked?

I do. Every film star, rock star, and heartthrob. The Ghostbusters smoked, for God’s sake! Everyone did it, until we learnt how nuts smoking is and we all stopped (or at least cut down).

We were under The Smoking Spell. We thought it was cool, it made us relax, feel happier, make friends, and look sophisticated. Turns out none of that was true. It was all lies and propaganda. Rather than helping us, smoking was killing us.

Welcome to The Alcohol Spell

If you drink any alcohol at all, then you are at risk of a shitload of health issues: breast cancer, stroke, epilepsy, impotence, throat cancer, pancreatitis, infertility, diabetes, weight gain, depression…it’s a long list. But you already knew that, right? I mean, this is old news. You’re probably already aware that you’re drinking a poison that is responsible for the deaths of over three million people each year. That’s not stopped you though. It didn’t stop me!

If you feel helpless in your drinking, stupid for doing it even though you know it’s harming you, or completely confused by the mixed messages we all receive about alcohol, then you are not alone and it’s not your fault. Let’s reframe the bullshit angle that if you drink too much then you are the problem.

It’s not you, it’s not me—it’s alcohol, and the spell cast by an industry dead set on turning a profit.

A Middle Finger to Well-being

In 1988, the World Health Organisation categorised alcohol as a Group 1 carcinogen, alongside tobacco and gamma radiation. In 1988! Since then, our overall levels of alcohol consumption have increased.

Year on year, the drinks producers make enormous profits, governments rake in the taxes, and we, the consumer, follow the pied piper that is the alcohol industry. It’s an incredibly powerful spell that is super hard to break.

Here’s how they cast their spell and keep us all hooked:

They Make the Alcohol Laws and Set Drinking Guidelines

Alcohol companies are running the show. Having learnt from the tobacco companies just how hard it is to get around laws once they are made, they got right out in front of the action by setting up their own advisory bodies.

Organisations (started and funded by alcohol companies) advise governments across the world on safe levels of drinking and inform health legislation. In the United Kingdom, Drinkaware, which is largely funded by the alcohol industry, concluded that the only warning needed on alcohol labels is their logo (which contains their website URL) and the words, “Drink responsibly.”

Two words! One of them is “drink”—whatever you do, make sure you drink. And “responsibly”—this bottle of wine is responsible and so are you for buying it.

They Paid for Fake Research

The research that had us all claiming that a glass of red wine a day is good for heart health was in part funded by the alcohol industry and fundamentally flawed. They compared nondrinkers to daily drinkers and tested their heart function. The non-drinkers’ heart health was poor compared to the drinkers. Guess what? Most of the non-drinkers were ex-heavy drinkers who had given up. *Rolls eyes.*

That research is really old now but you still see it floating around the internet like a turd that won’t flush. There has been no effort to correct the misinformation. Once it was out there the alcohol industry knew it would have a very long tail.

They Embraced the Alcoholism Disease Model

The disease model of alcoholism has been around for well over a century and it serves the drinks companies well. It keeps us all firmly under the alcohol spell because we believe that as long as we are not showing up to work drunk or puking at the school gates then we are not alcoholics. We can keep on drinking right up to the moment we shit ourselves.

It also massively stigmatises alcohol dependence, making it really tough for anyone to seek help.

But alcoholism is not a disease, it is a habit that is really hard to break. Alcoholism is the darkest depths of the alcohol spell, and I lost my dad to it. The disease model almost certainly contributed to his death.

They Promoted to our Children

Sports sponsorship is a biggie for alcohol companies. Formula 1, European football, United States football and Australian rugby, are all heavily associated with alcohol brands. Research has shown that sports sponsorship is connected to drinking in school children and informs the drink choices underage drinkers will make.

Alcohol companies see our children as emerging markets. They are the next generation of consumers and it’s vital that they tailor a range of drinks to work for their tender palettes: fruit flavoured sweet cider, fizzy alco-pops, and brightly coloured labels. Like the child catcher in “Chitty Chitty Bang Bang,” they are super keen on enticing children.

They Hid All the Bad News

Washington University did a study of 25 years’ worth of alcohol research and found that there is no safe level of alcohol. A bottle of wine a week will increase your chances of getting breast cancer by 10 percent. Alcohol is the leading cause of death in men under 50. Drinking a bottle of wine is the same as smoking 10 cigarettes. But you try find these facts on labels, and you’ll really struggle.

The facts are ugly and inconvenient and they remain hidden away, in the back rooms of rarely visited websites.

Can you Break the Spell?

Yes you most certainly can!

>> Don’t wait for rock bottom before quitting. Do it while your life is still intact.

>> Find an online group of like-minded people who also want to change their relationship with booze.

>> Go to an AA meeting and hear how bad it can get. You don’t have to contribute, you can just listen. (Ignore the disease/allergy rhetoric.)

>> Take a month off alcohol at first and see how far you get. You might be able to go back to drinking once a month or on special occasions.

>> Make better choices for yourself. Stay informed. Stop swallowing the shit sold to you by drinks producers and advertisers (metaphorically and literally), and take alcohol out of the conversation.

>> Explore the excellent range of alcohol-free drinks that many alcohol companies are now investing in.

Break the spell. When you do, you will wonder why you slept for so long!

Washington Study – Alcohol use and the burden, a systemic analysis from the Global Burden of Disease Study 2016 for 195 countries and territories, 1990 – 2016 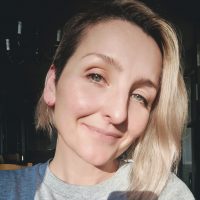 Liz Horsman is a psychotherapist, songwriter, blogger and teetotaller. All her life, she thought fun was the whole point, and she sought it out at any cost. How wrong she was.… Read full bio

My Drinking wasn’t Just a Habit—If it was, I’d have Stopped. ~ Annie Grace Life without Alcohol is One Big, Beautiful Cheesecake. You Don’t Have to Be an Alcoholic to Admit Drinking Hurts Your Life.
See relevant Elephant Video