My Drinking wasn’t Just a Habit—If it was, I’d have Stopped. ~ Annie Grace 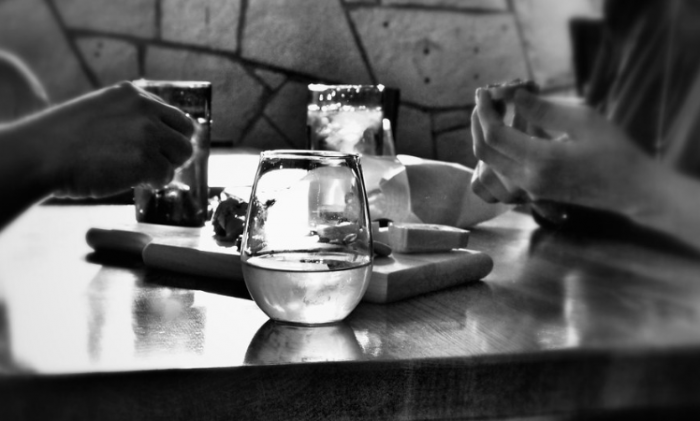 It starts so innocently.

Happy hour drinks after work. A glass of wine with dinner. Friday night with friends. Drinking starts as a habitual routine for most of us. The American Journal of Psychology defines a habit as: “habit, from the standpoint of psychology, [as] a more or less fixed way of thinking, willing, or feeling acquired through previous repetition of a mental experience.” It is something many of us just do automatically, as natural as brushing our teeth or putting on shoes.

My experiences led me to believe that I was just a regular drinker, no different than those who surrounded me at work or in the bar. In my life, drinking occurred regularly, not just by me, but by those around me. It happened at work, at home, and out with friends. If everyone around me was also doing it, then it couldn’t be anything more than a habit. There was no way that myself and those around me all had an issue with alcohol. Questioning my relationship with alcohol would mean that I was dependent upon it. That felt dirty, so it must just be a habit.

It was much easier to justify it by saying my drinking was a habit. Habits make life easy. They encourage your brain to think less. With the weight of my career and my homelife resting upon my shoulders, the less I needed to think—the better. Anything that was automatic in my life equated with being a benefit to me. Yet in the back of my mind came the nagging concern that my drinking had become much more than a simple habit.

I knew I needed to examine my belief that my drinking was just a habit. If that was true it should have been easy to just substitute something else in place of the alcohol and have the same effect. A college professor of mine once told us of how he virtually eliminated his coffee habit. He would have one cup in the morning and for the rest of the day, he simply drank warm water. In my case, I should have been able to do the same. A single glass of wine followed by a room temperature beverage should easily replace my habit.

Except it didn’t. It wasn’t the habit that I craved. That no longer satisfied me. It was the alcohol. Habits are something that should be relatively easy to give up given some time and effort. Alcohol wasn’t easier to give up as time passed and, the more I thought about giving it up, the more I wanted it. Clearly, alcohol had a much firmer grip on me than my morning coffee or other habits I’d picked up along the way.

That’s not to say that giving up other habits is effortless. It is not, as often the habits we pick up are a response to emotional triggers. Nail biters, hair twirlers…many do these things without any conscious thought. What made me realize though that I had crossed the line from habit to dependence was the sense of loss that overtook me when I’d consider my life without alcohol. The conviction that, without alcohol, I would be deprived. Unable to have fun, enjoy social events, and feel pleasure.

Alcohol suddenly held the winning hand in my life and that made me decidedly uncomfortable.

I didn’t have those same feelings when I thought of not drinking coffee or eating ice cream for dessert, yet a life without alcohol seemed dismal. I questioned whether it was even worth giving it up, after all, if it brought me so many benefits—wasn’t my life better with it?

The fact that I needed to justify my drinking is what tipped the scales for me. I needed to prove to myself that a life without alcohol could not only be tolerable, but in fact enjoyable. That alcohol didn’t control me and that, instead, I wasn’t tied to any habit or substance. I wanted the freedom that comes from being in control and making choices consciously rather than practicing an automated response. The answer to that rested in removing alcohol from my life and seeing what living was really about.

Obviously, it wasn’t as easy as simply making the choice to stop drinking. It was, however, as easy as taking stock of all the benefits I was convinced alcohol held for me and breaking them down to separate fact from fiction.

If alcohol was really the magic solution that was bringing so much joy to my life, then it would stand to reason that the more I drank, the more benefits I would see—and if I removed alcohol, I would cease to experience any pleasure at all. No one was more surprised than I was to discover that quite the opposite was true. In fact, the further removed I have become from alcohol, the more my happiness and successes in life have increased.

I’m now in the habit of sharing with others just how wrong I was about my drinking habit.

Staying Sober in a world that is Scary & Constantly Changing. Rock Bottom Didn’t Make me Stop Drinking. ~ Annie Grace Alcoholism isn’t about Drinking too much: Alcoholism is about Pain.
See relevant Elephant Video