I Gave Away my Belongings & this is What I Gained. 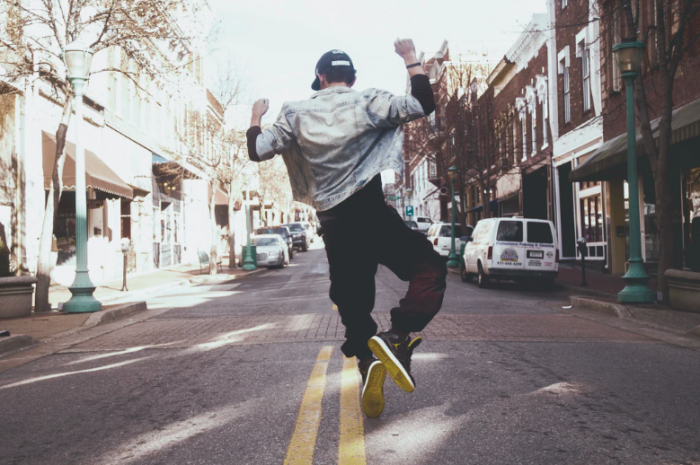 When I moved into a new apartment in Chicago, I decided to follow Thoreau’s advice and simplify.

Did I really need all those knickknacks I had stashed away in drawers and boxes over the years? The things that I thought might come in handy someday?

The mini tripod? The empty photo albums? The ice scraper? I don’t even own a car!

I figured most of my stuff wouldn’t fetch any money, and I sincerely wanted to help others out. I simply wanted to find owners for the things that once had sentimental value for me—the dumpster was the last place I wanted to see them, and the recycling bin was the second-to-last.

This led me to Craigslist’s Free Stuff forum. I posted a picture of the objects laid out on my dining room floor, with little numbers superimposed over them. I added a legend of what the numbers corresponded to and asked people to come and take whatever they wanted. As simple as that.

What followed over the next few weeks was a reminder of humanity’s goodness, a couple of cases of serendipity, and some healthy practice in letting go.

Of the dozen or so people who stopped by, almost all were friendly and appreciative. For those who weren’t, I suspect it was because of a language barrier or social awkwardness. To my surprise, more than one person told me they were impressed by my number-labeling scheme. (In fact, a couple of people emailed me just to say that, without asking for anything.)

One person assumed I was moving out since I was giving all this stuff away. Then a second, and then a third, and maybe a fourth; I lost track after that. This was such a surprise. No one could conceive of someone wanting to pare down his belongings after moving in?

Nobody tried to rob me. Yes, it’s true I’m a tall guy, but I was by myself. Someone could have pulled a gun or a knife. I experienced quite the opposite. One guy, a business student at the University of Chicago, was in some kind of a class where he was supposed to “trade up.” He gave me a pen in exchange for several of my things. Another woman offered a great conversation about life.

Some of the emails I received were suspicious.

“Hi, my name is Steve. I saw your ad posted for the items. I would like to come and take everything from you if I can. Is there any way to get them earlier?”

The messages made me think they wanted to resell the stuff at a flea market. Having someone make a profit off of free stuff wasn’t in the ethos of this, so I didn’t write those people back. But then, that brought up another dilemma: I don’t like it when others don’t respond to my messages, even just to say no. This gave me a healthy dose of self-reflection.

A couple of the meetings were fortuitous. One guy came by to pick up a few candles and was extremely appreciative because he wanted to put them outside that same night for Diwali, the Hindu festival of light. I had no idea Diwali was that week (he texted a thank-you note the next day).

Another woman was someone I had met on two other, totally unrelated, occasions. This was our third chance meeting!

When another woman came by, I got to chatting with her about how much I appreciated people keeping stuff out of the dumpster. She mentioned off-handedly that she and her husband did the same thing as I with old electronics gear at a ham radio convention. Ham radio convention? I’m a ham radio operator! A new friendship was born, and they’ve since invited me to social events.

Giving away all these things brought up mixed feelings. It felt great to “lighten my load,” but I also felt sad and nostalgic to lose some things I had once really enjoyed. But, I was happy they could go to people who wanted them. Especially if those people could not otherwise afford them. I never asked anyone about anyone’s financial means, because I refused to discriminate (though I did have my suspicions about who was coming by just for fun).

The single most touching moment was when a husband and wife came over to get my computer keyboard for their son—along with a few other things. When they had finished choosing, the woman turned to me and demurely slipped me a credit-card-sized brown sleeve. Inside was a Starbucks gift card. I told her it most definitely wasn’t necessary, but she insisted. So, I took it. It sat on my living room coffee table until I eventually gave it to a homeless person. Whatever good karma the woman wanted to give me went to someone who really needed it.

It was perhaps at that moment—free of any ego that wanted me to be recognized, or me to feel good about helping others—that my intention to help the Earth was the purest. 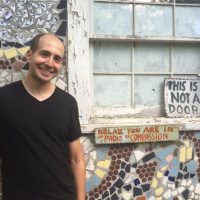 David King is a writer, editor, and French translator based in Chicago. He believes strongly in the power of empathetic listening to bring people together. He’s currently wo… Read full bio

Enlightened Society,Green,Health & Wellness connection,house,humanity,I Gave Away my Belongings & this is What I Gained.,minimalist,moving,sell David King