How Ancient Indian Medicine can help us Get Pregnant. 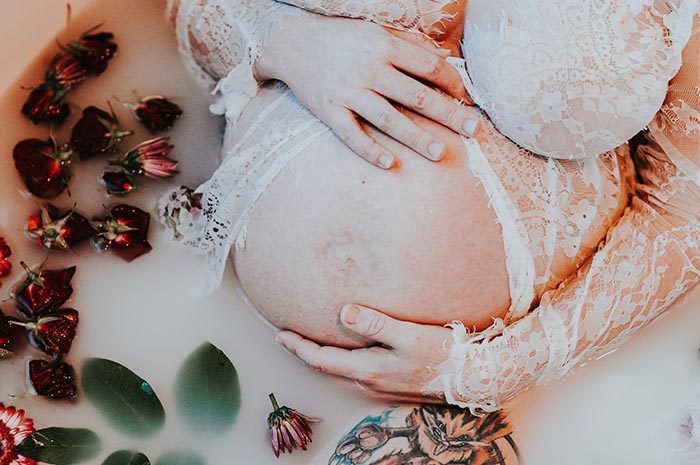 We often want a quick fix when it comes to our fertility.

We double up on our greens, start using castor oil packs, and listen to mindfulness apps with the hopes of relaxing ourselves into pregnancy.

Some of us skip natural remedies altogether and make a bee-line for IVF (in vitro fertilization)—a costly and physically taxing route. But after a certain age, we stop believing in our bodies.

We do these things and expect instant results. Instead of building up healthy habits over many months—or years—we are disappointed when our bodies don’t yield to our commands and timetables. This is an upshot of our culture of instant gratification and high productivity—something that has taken a hammering lately, due to COVID-19.

We are finally being forced to slow down, to surrender to so much that is out of our control. Most agree that this slowing down is actually good for us, even though many of us find it challenging.

In Ayurveda, a sophisticated approach to wellness practiced in India for at least 5,000 years, slowing down is not only integral to overall well-being, but also to preventing aging. This applies, also, to fertility, of course.

When we are trying to conceive, it is easy to become anxious and rush things, but the most meaningful gift we can give ourselves is to be patient and to start taking care of our whole selves—spiritually, physically, mentally, and emotionally. Arguably, the only way we can authentically do this is by slowing down.

Instead of packing our schedules, we need to give ourselves time and space to turn our attention toward contemplative practices like yoga and meditation. Instead of eating food on the run between meetings, we need to sit down and eat mindfully, without looking at the TV, computer, or iPhone in front of us.

Slowing down may seem counterintuitive to someone worried about her biological clock ticking, but it does wonders for our ojas, an Ayurvedic term that refers to the body’s vital essence that promotes health, immunity, and spiritual strength.

There is a whole Ayurvedic focus for preconception.

The idea is that pregnancy begins months before conception, where both man and woman actively harness the body’s natural ability to cleanse and renew. Diet is one of the main areas of concentration in couples trying to conceive in Ayurveda.

Ojas-building foods such as dates, figs, okra, and sweet potatoes, as well as healthy fats and oils such as ghee are consumed. Herbs like amla, ashwagandha, ginger, turmeric, and shatavari are incorporated into the couple’s diet, as are practices like self-massage with sesame or coconut oils, as part of a set of daily self-care rituals called dinacharya.

There is also quite a bit of focus on syncing with nature. Ayurveda, which is based on the ancient vedas, regards nature as our greatest healer.

I discovered Ayurveda in my late 20s, but didn’t start deeply exploring it until I went on a nine-month detox from dating, which I called a spiritual “Man Fast,” in my late 30s. I was single when I embarked upon this journey of self-discovery.

I left New York City and spent time in the lush, jungle-like environment of Kerala, the birthplace of Ayurveda, studying and submitting myself to various aspects of this ancient health system that is gaining more popularity in the United States. At the time, I knew I wanted to have a child, and I wanted to preserve my fertility as long as possible. I changed in countless ways during this period. Not only was my approach to food and overall health entirely transformed, but I learned to slow down and take better care of myself.

There is a happy ending to this story.

I met someone when I turned 41, and we got pregnant naturally the first time we had sex. The truth is, I’d been taking care of my body and my soul, feeding it with love and nourishing foods; I had been readying it for conception for quite some time before I met someone. And that is something we can learn from Ayurveda.

For those women try to conceive: slow down and trust your body. Commit to Ayurveda’s holistic approach to well-being—one that aims to enhance spiritual, emotional, and physical health. Doing the deep work to make the body fertile is not something that can happen overnight, but there is so much that we can start doing now to boost our chances of a healthy pregnancy.

So slow down, take some deep breaths, and begin the journey. 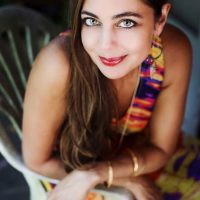 Natasha Scripture is an author, poet and activist. She is certified in Ayurveda Foundations from the California College of Ayurveda and has studied the Ayurvedic Art of Health… Read full bio

When your Dream is Motherhood, but Life has other Plans. 15 Sentences that Describe the Heartbreak of Unexplained Infertility. The World needs to be Kinder to Childless Women.
See relevant Elephant Video