15 Sentences that Describe the Heartbreak of Unexplained Infertility. 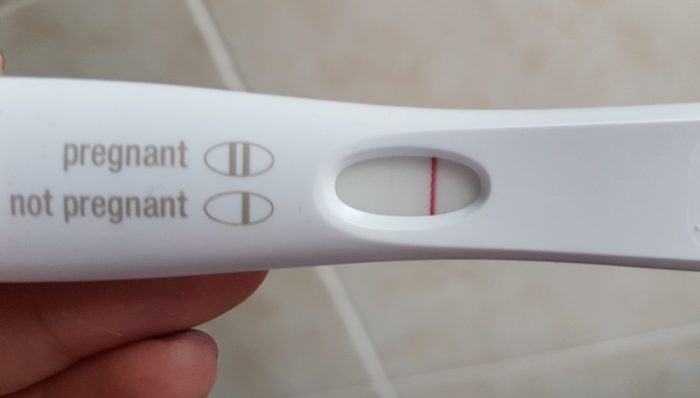 In my mind, infertility was something that only happened to other people. I never expected it to happen to me.

My first daughter was unplanned and unexpected, so I was under the impression that it would be easy with the next. When my husband and I decided to have a baby together, I assumed it would happen right away. It didn’t.

Although my first-born is a perfect gift from God, this child with my husband would be my do-over—my second chance—my opportunity to have a baby with someone I chose.

I yearned to create life out of our love. To see pieces of both of us intertwined in one amazing little soul. I wanted to share in his joy, as he held the child he helped create. I wanted him to experience all the things he had previously missed out on, and discover a whole new level of love.

Once I’ve made up my mind about something, I’m extremely impatient. I want it immediately. I need it. Now. Now. Now. Yesterday! The thought of it consumes me, and I’ll go after it with ferocious intensity until I get it.

I bought ovulation predictor kits, and started tracking my cycle that very first month. My best friend and sister-in-law were already expecting and I intended to join them ASAP. I had already started to plan my life around being pregnant, and was working on creating the nursery of my dreams on Pinterest. I made a list of names and tried to imagine what my future child would look like.

After a year, I knew something wasn’t right.

I had a meltdown in the doctor’s office, and she referred us for some tests. We checked for everything imaginable. My hormones, thyroid, and ovaries were all functioning properly. My husband’s sperm count was normal. We were relatively young and healthy, without any physical barriers.

Ultimately, we received a diagnosis of unexplained infertility.

We decided to keep trying in spite of the odds of conceiving naturally (less than a three percent chance).

Anyone who thinks trying to have a baby is fun, has never actually tried to have a baby. At least not for any real length of time. It’s the opposite of fun.

It’s crying on the bathroom floor after seeing that minus sign for the 23rd time in a row.

It’s becoming angry, bitter, and jealous. Resentful of anyone who has easily obtained what your heart desires.

It’s feeling guilty for harboring those emotions toward friends, family members, and even strangers.

It’s sinking into a deep depression, and lashing out at the people you care about.

It’s confusion over why your husband doesn’t appear to be affected, when you are dying inside.

It’s getting sick of trying, even when you’re not trying.

It’s turning away from each other and wondering if you’re even meant to be together.

It’s losing all hope, and trying to make yourself believe that you don’t actually need to have another baby. Telling yourself you’ll be fine if you don’t. Convincing yourself to believe your own lies.

It’s listening to your husband say that life is good the way it is, and if you’re meant to have another baby you will.

It’s contemplating smothering him with a pillow for not wanting it badly enough. Couldn’t he see that it was killing you a little more each day?

It’s feeling that he doesn’t understand. Knowing he feels he already has an amazing child, whom he loves like his own—knowing that he is happy the way things are, and doesn’t need to have another. But you do.

And then it’s finally realizing that, at the end of the day, you have to keep sight of the reason you wanted to have a baby in the first place, and remember you’re on the same team.

Infertility is extremely painful and heartbreaking. We get our hopes up only to have our dreams crushed all over again. Every. Single. Month.

But, we learn to endure. We pick ourselves up off the bathroom floor, wipe our tears, and try again. Knowing deep down inside that eventually, it will all be worth it.

Use Feng Shui & Get Pregnant. What No One Talks About in Pregnancy. ~ Liz Conception Ritual for a Fertile Womb.
See relevant Elephant Video