How Quarantine gave me the Home Yoga Practice I Always Wanted (& Never Had). 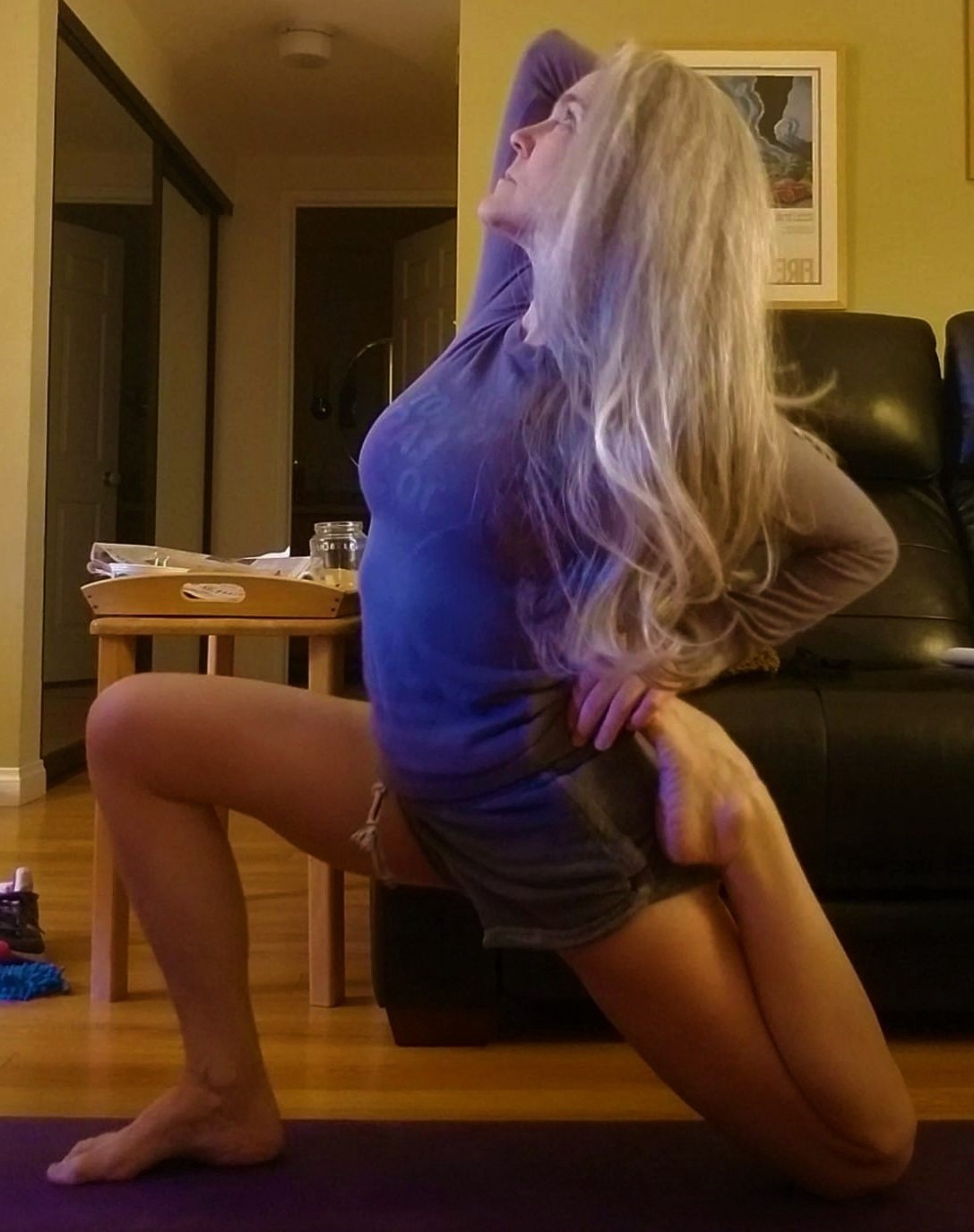 It was a bright, cold day in April, and the clocks were striking quarantine.

Not really, of course—but I was going pretty crazy. Over the past 10 years or so, I’d developed a near-daily yoga practice. But now, I hadn’t been to the yoga studio since mid-March.

And I had no home practice at all. Until COVID-19, I probably hadn’t done so much as an hour of yoga at home in my life.

What I was doing, though, was obsessively watching Governor Andrew Cuomo’s daily morning briefings, topped off with a lot of MSNBC, a little CNN, and a little Netflix. I was on my couch, with my computer open in front of me, for too many hours a day. Eating too much, not moving enough. Not driving the Los Angeles freeways was great for my sciatica, but in every other way, my increasingly sluggish existence was taking a toll.

When it finally sunk in that I wouldn’t be getting to the yoga studio anytime soon, I went online to try to save a few bucks by pausing my YogaWorks membership. Imagine my surprise to find free, unlimited online yoga. Probably as they (cleverly) intended, I stopped trying to figure out which pull-down tab would freeze my membership, and perused the schedule with interest. Why not try it? It’s paid for, after all. I have a mat, I have a computer, I have some space. Why not? (At the beginning, it was actually free to the public, too, though they didn’t advertise that.)

So I tried it. The first few classes weren’t great. I didn’t know the teachers, the Zoom interface had its problems. Sometimes I just quit after 20 minutes. Quarantine has done kind of a number on my attention span, and I just didn’t have the focus. Sometimes I started 20 minutes in. But it was free! Who cared if I only did half the class, or left in the middle to check email, or showed up late? The classes were webcast; the teacher couldn’t see or hear me. So that was the first thing I did that I’d never done as a conventional yoga student—took just part of a class. And I found that some yoga is better than none.

The next morning, while watching Cuomo’s daily briefing on TV, I thought, why not try a Zoom yoga class at the same time? So I rolled out my mat with my laptop at the short edge and the TV on the wall on the long side. I found that with my eyes on the screen, I could follow a mostly-muted class with the TV on. When I needed more instruction, I muted the TV, relied on Cuomo’s world-class PowerPoints, and unmuted Zoom, and then switched back.

Most of the time, I think “multitasking” is a fancy name for doing several things badly, all at the same time. But this was a better way to spend the hour than just watching TV, and to start my day with yoga.

Two months in, here’s some of what I’ve learned:

I can do yoga on impulse. And I actually do.

Before, the yoga studio schedule ruled my practice. My in-person studio’s classes were clustered in the morning and the late afternoon. I might get the urge to do yoga at 2 p.m., but by the next class at 4:30 p.m., I didn’t feel like it, or I had a conflict. Online, classes start nearly every quarter-hour, from 3 a.m. Pacific (thanks to East Coast teachers).

Feel like yoga—do yoga. It happens almost that quickly. Could I have done that before? Of course. But I didn’t.

It really doesn’t matter what I wear.

I don’t belong to the matched Lululemon-athleisure set, believe me. But there are things even I won’t wear in public. Now, I can wake up and do yoga in what I slept in, and often do.

I’m never late because of traffic.

In Los Angeles, I live close to my yoga studio. But one too many red lights, and an unexpectedly crowded parking lot, and I’m running to make the class, interrupting the opening meditation when my heavy Manduka mat thumps onto the floor, or worse yet, arriving too late to be let in. Now, I can join in the middle if I want.

Leaving early is okay. So is starting late.

It’s hard to leave a yoga class early. It always seems like an insult to the teacher, or like giving up. In the time before, if I knew I couldn’t stay for the whole class without missing whatever I needed to do next, I just didn’t go at all. Now, I do.

All in all, quarantine yoga is no-excuses yoga. You really can just do it.

I have a much more varied practice.

In recent years, except for the occasional retreat or workshop, almost every class I’ve taken is one hour long, starts and ends on time, and happens at the same studio, either in the late morning or the late afternoon, with a short list of teachers.

In the past month, I’ve done yoga in 15 minute bursts, for an hour, for two hours, at all different times of day, with lots of different instructors. It’s loosened up my idea of what a yoga practice can or should be.

Last December, I traveled to Tucson, Arizona, for a three-day workshop with Darren Rhodes of Yoga Oasis. It was fantastic, but it was a big commitment of time and money. In April, he led a “From Tadasana to Savasana” workshop over Zoom. We did (almost) all the poses in B.K.S. Iyengar’s Light on Yoga, a yoga “bucket list” event for lots of us. It started at 9 a.m. on a Saturday and is apparently still going…just kidding, we finished a bit before 5 p.m., but I actually left to do an errand at about 4:15 and was shocked they were just wrapping up when I got back half an hour later.

When I signed up for this marathon session, I really had no idea if I could get through it. But I was reminded of something a rabbi friend of mine had said on High Holidays years ago. He explained to the worshippers who came once a year that the synagogue charges for tickets to those services, so that the synagogue would still be there when they came back next year.

I’d like Darren’s studio to be there the next time I can go in-person. And I did a lot more of those poses than I thought I could!

Of course it is. Of course it is better not to try to watch the news, check email, or make coffee, in between yoga poses. Of course it’s better to commit an uninterrupted hour or more to yoga practice. But for too many of us these days—or for me, at least—the alternative to morning yoga-with-Cuomo, or evening yoga-with-Rachel, realistically, is just Cuomo or Rachel, with no yoga at all.

The surprise is that quarantine has also been good for my yoga. And that, I didn’t expect. 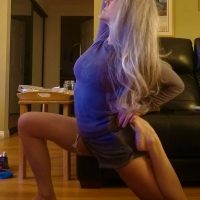 Diane Klein lives, works, writes, and does yoga in North Hollywood, California. She practiced Bikram yoga regularly for several years in the early 2000s, and Anusara in the la… Read full bio

How we can Adapt to Teaching (& Taking) Yoga Online. 5 Rookie Mistakes you’re making in your Zoom Yoga classes (& how to Fix them). I want to Continue Teaching Yoga Online after Lockdown. (There, I Said It).
See relevant Elephant Video