Parenting Teenagers: it mostly feels like we’re doing it Wrong. 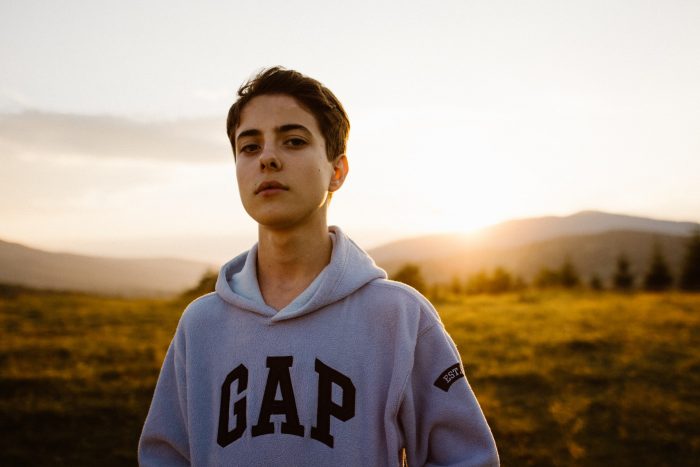 I thought the baby stage where I walked around with spit up yoghurt in my hair, and a zombie-like gaze on my face was the worst.

Then I thought the toddler tantrums in the confectionary aisle of the supermarket—and pretty much everywhere else I went—would be the end of me.

Little did I know, life was just testing my will for the battleground that is: the teenage years.

I’d heard people say how hard the teenage years were, and I knew it wasn’t going to be a walk in the park.

But seriously. I was a teenager once. I knew all the tricks. My kids wouldn’t stand a chance against an old pro like me.

Parenting teenagers is one of the hardest things I’ve ever done. And mostly, it feels like I’m doing it wrong.

Don’t get me wrong, I love my kids with all my heart. But they’re teenagers, with hormones and attitudes to match, and I was not ready for the roller-coaster ride my emotions would undertake as they embarked on their teenage years.

Everyday parenting of the teens:

Some days they smile.

Some days they don’t.

They answer back (this can take the form of a snappy retort or an incoherent grunt that generally means “what would you know, you’re from the olden days when they didn’t even have electricity“).

They roll their eyes.

They have the world’s biggest chip on their shoulder.

Their friends are their life.

If you’re not TikTok famous, then who even are you?

They’ll block you from their social media accounts faster than you can say two-minute noodles (their favourite food).

You’re apparently much stricter than their friends’ parents.

You often ruin their life with inconsiderate requests like: “Get that wet towel off your bed and hang it up please” or “clean your room.”

Some days, “Mum, what’s for dinner?” will feel like a meaningful conversation, because it’s made up of actual words strung together in a short sentence…rather than a grunt.

There’s no upper limit to the amount of Lynx deodorant you can apply.

There’s also no limit to the number of celebrity-endorsed perfumes you can mix together and apply in your own “signature style.” #ontrend

You’re miraculously able to wash an entire school uniform, including a jacket, and have it dry by morning when requested at 10:30 p.m. the night before.

Their rooms are like mysterious dark dens from which they seldom appear, unless it’s for food or a major crisis, like the Wi-Fi not working.

And if you even remotely think about coming between them and their phones, then duck your head, grab your flak jackets, and run for cover.

All jokes aside (not really jokes): to get through these years, we have to laugh, we have to cry, we have to have bloody thick skin, and we have to debrief with other parents of teenagers—because they’ve been there too. And it can be hard. Really hard.

The thing that hits us at times we least expect is the heartbreaking feeling of loss.

The gorgeous little child who called you “mummy” and snuggled on your lap with their favourite blankie, who adored you like you were the centre of their universe, who made you laugh when they giggled uncontrollably at a simple game of peekaboo—that same child now struggles to grunt “hello.”

Our heart breaks, and leaves us feeling like you’re not the most important person in their lives anymore.

Our heart breaks when we know they’re making the wrong choices but there’s nothing you can do to fix it.

We question every action we’ve taken as a parent, every choice we’ve made—and wonder, “If only we’d done things differently…”

Now we’re left wondering what’s going on inside their minds, what they’re feeling or thinking. And we often feel like our place has been taken by their friends.

It’s a hard, emotion-filled, confusing time when we’re in that strange spot between childhood and adulthood, and we’re challenging all the boundaries.

And unless as a teen you have a rock-solid sense of self or you’re superhuman—being a teenager sucks. Yes, it’s loads of fun, but it also sucks.

I try to remember the feelings I had at their age—the confusion, the thinking you knew it all, thinking your parents knew nothing because they were from the time of horse and cart, and gunfights at the old corral.

I remember sneaking behind my parents’ backs and being strangely vague with answers because I didn’t want to tell them where I was actually going.

I snuck cheap cask wine from mum’s pantry thinking she would never know—I was way too clever and sneaky. She knew.

Being a teenager myself and now parenting teenagers—it’s like being on two completely different planets.

But it’s not all bad.

There’s laughter and there’s fun. You see glimpses of the little child they once were and glimpses of the adult they’re becoming. Take these moments and embrace them. Show them you love them, show them your joy, and let them know you’re there for them, no matter what.

Bask in the good times, because inevitably, not too far in the distance, the days will turn silent—and again, you’ll feel like the worst parent in the world.

I’m clearly no expert but these are things I sometimes find helpful to remember:

Remember you’re not alone. All parents and carers all over the world go through this every single day.

It’s normal to wish your teens were toddlers again and your biggest problem was lack of sleep or the toddler tantrums you once thought would break you.

Talk to friends or relatives with teens. Sometimes just an understanding ear from someone who’s been there can make you feel so much better. But, if they tell you their teens are perfect, block your ears, ignore them, and find someone else.

Often, it feels like nothing works—reasoning, explaining, nagging, yelling, ignoring, tearing out all your hair. But at least you’re trying—you’re showing them you care by doing something, and by showing up every day and trying again.

One last little gem: If you’ve really had enough and you’re at your wit’s end, throw caution to the wind, and turn off the internet. Then sit back and watch all hell break loose.

Seriously though, it’s a bloody tough gig. Tougher than I could ever have imagined.

Remember you’re helping them grow into adults who you want to be able to function successfully in this crazy world.

All parents out there: I’m with you, and again I raise my glass of cheap cask wine in your honour. 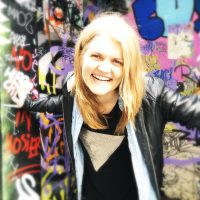 Nicky Williams is the Co-Founder of Girls With Hammers, which presents conferences and workshops empowering women to stand in their truth and follow their dreams. Nicky majore… Read full bio

A Guide to Buddhist Parenting. Parenting Tips from the Dalai Lama. Children are not Ungrateful & they Don’t Owe Us for Parenting Them.
See relevant Elephant Video