What to Do when the End of a Relationship leaves you Blindsided. 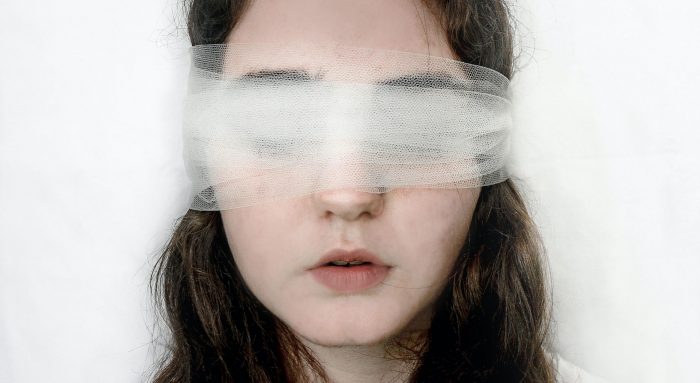 When we have been dumped, it can be tempting to tell ourselves and our friends that it came “out of nowhere.”

I remember a man I had been seeing for months breaking up with me. I felt blindsided. I had been convinced it was leading somewhere.

He had hosted a meet and greet for his friends and children to meet me. At dinner, one of them had looked at me and, in front of everyone, said, “Daddy looks at you like he loves you.” The child then looked at him and asked, “Daddy, do you love her?”

The next day, after having expressed his shock about what had happened the night before, he said he was going away for business and would be “too busy” to be in touch. His assessment was something about how he hadn’t realized he was in a “real relationship.”

My feelings were hurt when, while away, his heavy engagement on Facebook was coupled with (staying true to his word) his not being available to me. When I expressed this, he dumped me by email. We have never spoken since.

My reaction, at the time, was to wonder what happened.

I was sure I had not seen it coming. I was even more sure that it was wrong to break up by email.

We often claim that we didn’t have a clue that things were off, but when we look back, there are often things we missed because of our own hopefulness. Maybe they don’t blindside us.

Can we instead consider what we may have missed along the way?

1. I was not having the necessary crucial conversations with this man along the way.

Even when he said the bit about being in a “real relationship,” I reassured him that I was fine without such a status. I was playing the role I had been taught, which was to not say anything that could “pressure him” or “scare him away.”

3. I analyzed the situation with friends instead of talking to him.

I asked male friends what they thought his actions meant, and relied on their input to determine my “strategy” or response to difficult situations. That meant it wasn’t really me responding, it was my team of male friends.

4. I didn’t speak to him about his choices or actions.

That created a lot of anxiety, which I frequently had, and always ignored. I also didn’t share my own vulnerabilities.

5. I failed to properly weight some major factors he’d shared with me early on.

These factors never changed, but I thought his interest in seeing me, his pursuit of me, his actions in advancing the relationship meant they must be changing. I didn’t speak to him about it.

1. I no longer hold back on crucial relationship conversations or “let” a man lead them.

It’s my own responsibility to ask how he sees the relationship, what he feels our status is, and what the meaning of his actions or statements are. Can we, ourselves, invite more open dialogue into the relationship, particularly as it pertains to relationship status?

I feel strongly that a man worth my attention should be able to withstand some emotional conversations. And if he can’t—if discussions that include vulnerability, deeply honest emotions, potentially difficult topics, or relationship fears scare him away—then he is not the right fit. Can we have difficult conversations? Can we express ourselves fully? Can we address things head on?

3. I speak directly to the man about our situations.

I recently observed that the more quickly I go directly to my partner, the more smoothly the conversation unfolds. Conversely, the more time I spend analyzing it with friends, the longer that conversation takes, the harder it gets, and the more complex it seems to become. Can we stop asking others for advice and more authentically take these conversations directly to our partners?

4. I acknowledge when I’m having anxiety.

That doesn’t always make it go away, but I am doing my best not to look at situations through a distorted lens. I share my vulnerabilities even when they contain things that are hard to say out loud. Can we say, “I’m anxious about this” when we first start to feel it?

5. I do not rely on the old adage that “actions speak louder than words.”

Actions do not speak louder than words. Nor do words speak louder than actions. Successful relationships rely on fully rounded communication. We have five senses, and we need to take data in through at least two of them to be credible. I now weigh the full picture: How do his words and actions compare? What messages am I getting from my other senses with this person? On the flip side, what messages am I getting from my own? Can we look at the whole picture?

Later, I asked myself, “What did I miss?” It was hard to be that honest with myself—but the answer came clear as day. I missed the conversations I failed to have along the way. The words I didn’t speak. The questions I never asked. The vulnerabilities I didn’t share. The anxieties I overlooked. I realized that I had blindsided myself.

When we aren’t in a “bad” relationship, it can be particularly difficult to see why we’ve been dumped, and struggle to process it. So, I ask you: what did you miss?

Each time you find yourself dazed and confused in the end of a relationship, I invite you to ask this same question of yourself.

How to Heal with No Closure, Alone in Isolation. Why Non-Attachment is one of the Keys to a Happy Relationship & Life. What I Learned from my 16 Failed “Marriages.”
See relevant Elephant Video