I am Digging into my Fears & Desires (it’s Humbling as F*ck). 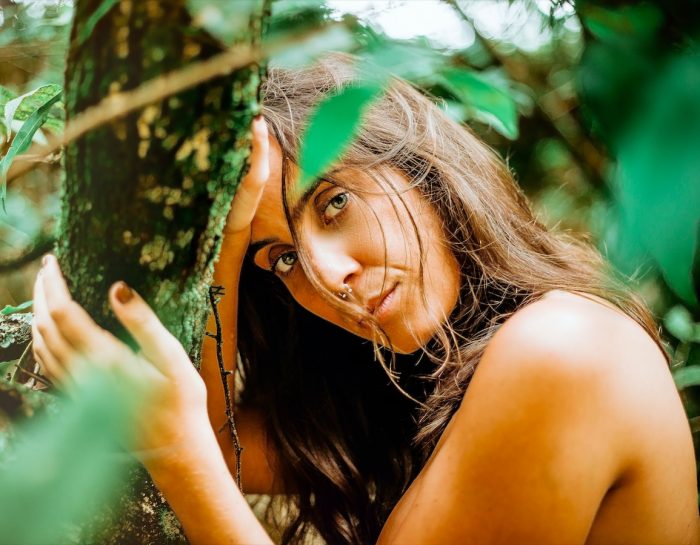 I believe we can choose any path for our lives.

I also believe that if we commit ourselves to work that makes us feel good, we’ll likely see rewards in some form or other for our efforts.

I believe we often fail to measure success outside of fame and wealth, and I think that putting in the work does not guarantee us any rewards or specific outcomes other than having done the work that fuels us.

An example of this is I wanted to see my book in bookstores, and it came to be. This fact still makes me happy. But, I learned that achieving the goals that we set does not necessarily promise us more profound satisfaction on an emotional or spiritual level—as we may have hoped.

As a result, I found myself at a crossroads with my writing. Somewhere along the way, I became confused and wanted something other than the satisfaction of having done my work in exchange for my output. I believe this is why writing became exceptionally difficult for me, and I went through a prolonged period of writer’s block—it was no longer about writing.

I had confused writing with being a writer. And there’s quite a difference.

I recently sat down to think about what I truly want to spend my time doing, and I realized that yes, I do actually want to write. Regardless of the outcome, I would feel like my time here on Earth was well spent if I spent it writing. When I then tried to imagine where I want writing to take me, I realized I wanted my life to be about learning. I want my writing to be about those lessons.

So, why wasn’t I writing? When I then tried to imagine that life coming into fruition and what it would feel like, I panicked.

Multiple days in a row, I sat with the idea of this life coming to be. I tried to embody the feeling of such a life, and day after day, all I saw were my fears about such a dream coming true.

All kinds of blocks came up for me:

“What if too many people see me? And know me?! And judge me?! What if I succeed and become too visible or vulnerable? Or known? What if everyone hates me!? What if I’m meant to be small and unseen?! What if I am asking for things I don’t deserve or am not good enough to have? Would I embarrass my family if I got these things?”

Whoa. I honestly had no idea those thoughts were in me.

“Ah,” I thought, “My dreams and wants aren’t motivating me, my fears are.” Because I hadn’t admitted what I actually wanted, I was living in a sort of limbo land dictated by my fears—the fear of being known prevented me from doing too much. But the inability in me to just let go of writing was keeping me from doing too little. I was praying for something (success as a writer), but deep down, I was also terribly afraid of that becoming a reality.

This made a lot of sense when I looked at my patterns: throwing myself into writing and then backing off when I started to see some success from it. I’d start to be published a lot, and then react by feeling that if I asked my network to read what I had written (even passively, by simply sharing a link), I’d feel ashamed and like a burden to those who know me.

Writing is just one example in my life of refusing to admit what I want and the reasons I was afraid to have it. I could see this pattern in my romantic life, as well. I was saying I wanted a different situation than I had, but then when I would try to imagine having its opposite, I’d feel trapped and scared and resentful. Again, my wants weren’t aligning with my beliefs, and my beliefs are the stronger force of the two.

Once I could see the internal struggle in myself by watching what came up when I imagined having what I wanted, I saw the literal representation of that struggle in my physical reality. It’s not magic; it’s just physics. (Readers note: I am not a magician or a physicist, so apologies if I am misrepresenting facts about either one’s reality.)

If I am pushing something away, or running from something, then my words about wanting it are irrelevant. And if I don’t get to the root of my fears, then it doesn’t matter how hard I work or want or pray. I will never be in alignment with myself. I will always be living out variations of the same struggle.

When I realized I wanted to write because of how good it makes me feel, the results of wherever that took me stopped mattering. But when I wasn’t writing but wanted to “Be A Writer,” which had nothing to do with actually writing, that was about fear and control and validation. I was battling with myself (and the God of Writing), and saying that I wouldn’t write if there weren’t some promise of a reward at the end. Well the God of Writing called my bluff, I stopped writing, and lo and behold, no rewards came.

That moment was humbling as f*ck.

“Oh, so you mean nobody cares if I write or not? You mean nobody is going to beg me to do it?” I thought. “Okay, well, I guess I’ll do it anyway.”

I felt about six years old and three feet high but also ready to write—poorly if I needed to. But I was finally ready to write for no other reason than because it felt right and good to do so.

We can have an idea in mind of where we would like our life and our work to take us, but if we fail to show up for the experience, then what we are after most (intimacy, satisfaction, joy), becomes elusive. We end up missing our lives.

Knowing what I want, doing my daily work with joy, and releasing any entitlement to the outcome is where I am at, and it feels wonderful. But to get here, I had to become extremely clear on what I wanted, why I wanted it, and my underlying fears about achieving it. 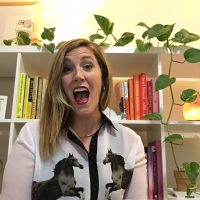 Brené Brown’s brilliant explanation of Blame is a humbling Wake-Up Call. How to Turn Fear into a Superpower. The Art of Communicating our Deepest Desires.
See relevant Elephant Video