What a Mental Health Nurse knows about Restraint.

#ElijahMcClain I just found out from an interview with Elijah’s sister that his motto was “Always with gratitude” and he would literally bow to strangers during his encounters to show them respect… ??#JUSTICEFORELIJAHMCCLAIN pic.twitter.com/x4y5UUjz1S

“I’ve restrained many people; ask me how many have died?” ~ Author

I just cannot process the story of Elijah McClain.

He was a kind, compassionate soul who played his violin to rescue cats and was murdered on his way home from buying an iced tea. He was wearing a ski mask—he was anemic and the weather was cold.

His last words haunt me. His smile haunts me.

On the evening of August 24th 2019, Elijah McClain, a massage therapist, was walking home from work and stopped at a convenience store. Someone called the police because he was wearing a ski mask, “flailing his arms,” and listening to music—none of which are crimes. The caller told the dispatcher that Elijah didn’t seem dangerous and didn’t seem to have a weapon.

This begs the question: why did they call 911 at all?

When a responding officer touched him, Elijah said, “I’m just going home, leave me alone. No, don’t touch me. I’m an introvert. Please respect my boundaries.”

Three cops threw Elijah against a wall and then tackled him to the ground; Elijah weighed all of 140 pounds. One of the officers applied a carotid choke hold around Elijah’s neck as he cried and pleaded, “Ouch, that really hurts.” Elijah was told, “If you move again, I’m calling in a dog to bite you.” At one point, an officer spotted another officer’s body cam, pointed at him, and said, “Move your camera, dude.”

These are Elijah’s last words:

“I can’t breathe. I have my ID right here. My name is Elijah McClain. That’s my house. I was just going home. I’m an introvert. I’m just different. That’s all. I’m so sorry. I have no gun. I don’t do that stuff. I don’t do any fighting. Why are you attacking me? I don’t even kill flies! I don’t eat meat! But I don’t judge people, I don’t judge people who do eat meat. Forgive me. All I was trying to do was become better. I will do it. I will do anything. Sacrifice my identity, I’ll do it. You all are phenomenal. You are beautiful and I love you. Try to forgive me. I’m a mood Gemini. I’m sorry. I’m so sorry. Ow, that really hurt. You are all very strong. Teamwork makes the dream work. [He cries and vomits.] Oh, I’m sorry I wasn’t trying to do that. I just can’t breathe correctly.”

What do these haunting words tell us about this dangerous and out of control person who seemingly required such a level of force?

Well, let’s break it down:

>> Elijah offered his ID and an account of his actions—he was clearly complying, even though there was no justification for stopping him or pinning him to the ground in the first place.

>> He states he’s unarmed and a pacifist—even while they are suffocating him, he is calling the cops “phenomenal.”

>> He repeatedly tells them he cannot breathe properly and he is in pain.

>> He apologises for vomiting—likely caused by the pressure being applied. In fact he repeatedly apologises throughout and begs for forgiveness, despite having done nothing wrong.

>> He is respectful at all times, despite being clearly distressed.

This is hardly the profile of someone requiring three officers to hold them down, apply a choke hold, threaten with a dog, and then call for a sedative. And let’s not forget there was no original crime or even suspected crime.

I cannot understand why on Earth they felt the need to pin him to the floor in the first place, instead of simply having a conversation.

At what point did these officers decide that he was such a threat with “flailing his arms” that instead of trying to use communication skills, they needed to use lethal force?

I need to say this:

As a mental health nurse, I have been in many chaotic and emotional situations with extremely mentally unwell, distressed, agitated patients who have required restraining and injecting with sedative.

Not once have I ever used restraint before all other de-escalation techniques have been exhausted first, and it’s a last resort to prevent the person doing significant harm to themselves or others.

Not once has a restraint caused someone to vomit or struggle to breathe.

Not once have I injected a sedative into anyone already unconscious—I would lose my nursing registration and go to prison.

Not once have I miscalculated the dose required, causing someone to go into cardiac arrest—again, I would lose my registration and go to prison.

As a mental health nurse, communication is everything; compassion, empathy, and de-escalation skills are everything. When a person is emotionally heightened in any way, I’ve found the most effective approach is to validate their feelings and try collaboratively to find a solution that feels helpful to the person who is in distress. Hint: that person is not you as the professional; you are not just finding a solution that makes the situation easiest for you to manage!

The distressed person—helping them to feel calm and safe—should always be at the centre of your decision-making. This should be an absolute priority. When someone doesn’t feel safe, their nervous system initiates the fight-or flight response, which is a natural reaction to feeling under threat. Do you think pinning someone to the floor will help them to be able to regulate their emotions effectively, that they will “calm down” on command?

It would have taken these officers no less time to simply communicate with Elijah instead, to establish that he wasn’t a threat, and to let him go on his way.

Are the police trained in basic mental health awareness and how to de-escalate an anxious person who will inevitably panic in this situation?

Are the police trained in trauma-informed care, and do they understand that anyone who has been through a physical or sexual assault will become extremely distressed at being pinned to the floor?

Or are they just trained in how to use force and a weapon?

As a last resort, I have used restraint—on more occasions than I wish had been necessary. But I am trained in a multi-level restraint that never blocks airways, never causes pain, never places the person on their front due to the health risk, always uses the least restrictive level hold first, and I always reduce and release holds as soon as I can. Every time restraint is used, the level and justification has to be documented and this is externally reviewed.

Why can’t the police be trained in this type of restraint?

I have needed to restrain large and agitated men who are much taller than me and double my weight. I’ve also needed to restrain tiny teenage girls with brittle bones from eating disorders. In neither of these situations have I ever used excessive levels of force—I and the team supporting me have used our humility and common sense to adapt our holds to the person we are holding so that it remains safe while still being secure.

But the difference here, of course, is that Elijah wasn’t an angry or unstable patient on a mental health ward. He was an introvert walking home with his iced tea.

He played violin for kittens in his spare time.
He didn’t eat meat, but didn’t judge others for doing so.
He was a pure soul, wouldn’t even kill a fly.
He told his killers he loved them. Called them beautiful.
Begged them for forgiveness. 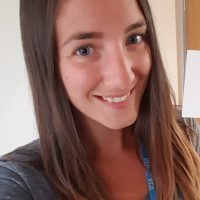 Natasha Eardly-Dutton is a Mental Health Nurse, RN. She works with children and young people, and is an LGBTQ advocate. … Read full bio

“Uncomfortable Conversations with a Black Man” with Matthew McConaughey. {Video} An Ode to Veronica Sobukwe. An Ode to the Women Erased from History. An Honest AF Example of how a Straight, White Male can keep Checking his Privilege.
See relevant Elephant Video