Online White Privilege is a Virtual Knee on the Black Lives Matter Movement. 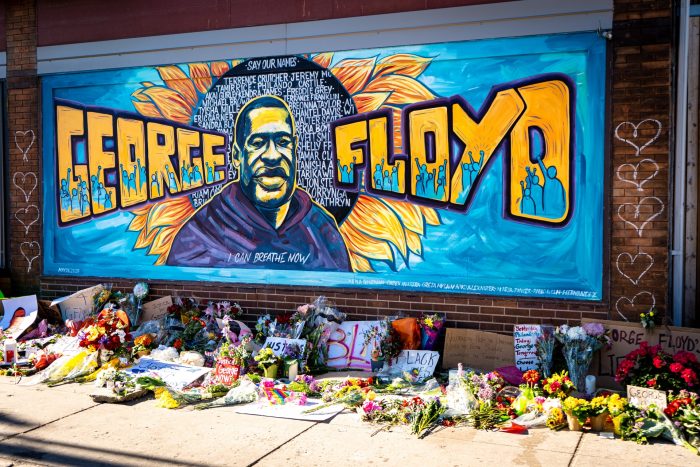 I have a liberal arts degree in Women’s Studies and I have been studying and participating in social movements for 20 years.

And I still have revelations.

You may or may not agree with what I am about to say. That’s okay. When my inner passionate activist was born, she had this uncanny ability to zoom out and look at socioeconomic issues and movements from a macro-level. My ability to view things from a macro-lens only intensified with more education and experience.

Based on my knowledge and experience, here is what I see happening in the Black Lives Matter movement:

I feel that a lot of what passes as “activism” these days is in fact white privilege.

Here’s why: It’s being overly picky, and is therefore divisively stalling the movement.

Social movements are not outfits or food orders, guys. They deal with human lives. Complexity actually constipates a movement that needs only laxatives. Creating a micro-movement with nuances inside a main movement is bullsh*t, in my opinion.

When we get ultra-precious, for whatever reason, and refuse to participate in the main movement—helping it gather volume and speed like a snowball—we make it about us instead of helping to solidify the Black Lives Matter movement. This is a disservice to Black lives in the past, present, and future.

Also, it makes us and our politics come off as murky, indifferent, vague, and hidden. The movement deserves better than that.

While Trump is hiding in his bunker, and Stephen Colbert is telling us that “America is now officially B.Y.O.P.: Be Your Own President,” please think about what kind of leader you want to be.

Do you want to participate in dissipating a movement, or making it stronger and more cohesive?

What made me a good activist in my 20s was that I showed up, took direction from the strong leaders, made contributions, and learned a lot. I did not try to change the programming. Make the practical edits of leaving the BLM hashtag off your black square and blaze forward united—but please don’t go getting on a righteous pedestal refusing to participate. Again it’s not about you.

If you don’t like the protests and social unrest, but you sit from the comfort of your home posting #alllivesmatter, you have a hand in violent white privilege. Social unrest is not going to stop until white privilege gives it a rest. So give it a rest. Talk to your friends about their online choices. Approach them with curiosity and questions. Whatever the next collective, online consciousness raising is…Just. Friggin’. Participate. Please set down your “buts.” People are dying.

I am a white person and a macro-thinker, pleading for other white people to zoom out of their micro-thinking, to see the big picture, and to set their upbringing/conditioning/programming aside and practice conscious empathy instead of mindless, racist microaggressions under the influence of ideological oppression.

You would be angry if someone was keeping you from reaching your full humanity and asserting your full rights. Make whatever adjustments are needed now and please participate fully in the coming months and years, so this can be a solid movement—not a splintered one.

One of my favorite theorists, Bell Hooks, said, “To be truly visionary, we have to root our imagination in concrete reality while simultaneously imaging possibilities beyond that reality.” Things are too real now to be finicky about the how. We have to be streamlined for flow, little resistance, and ease of movement.

And finally, I feel Fr Greg Boyle, (who founded the largest gang intervention rehab in our country, Homeboy Industries in Los Angeles, hit the nail on the head when he said in his Ted Talk:

“What we all want to create and form is a community of kinship. Such that, God might in fact recognize it. I suspect that Mother Teresa diagnosed the world’s ills correctly when she suggested that the problem in the world is that we’ve forgotten that we belong to each other. So how do we stand against forgetting that? How do we create and imagine a circle of compassion and then imagine nobody standing outside that circle?

Occasionally you get very fortunate and blessed to stand with the easily despised and the readily left out, with the demonized, so the demonizing will stop. And with the disposable so that the day will come when we stop throwing people away. I suspect that if kinship was our goal, we would no longer be promoting justice, we would in fact, be celebrating it. For no kinship, no justice. No kinship, no peace.”

If we band together in this movement with kinship, keep it simple and streamlined, we may just get its job done of criminalizing racism—including racist microaggression—once and for all. 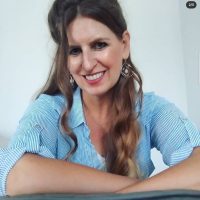 Hey America, I Can’t Breathe. I am Black. This is what I Need (& what I Don’t) from White Allies. If you Know you aren’t Racist, watch this Blue-Eyed, Brown-Eyed Test.
See relevant Elephant Video