Sadness, Guilt & Shame: Why Most everything becomes Anger in Men. 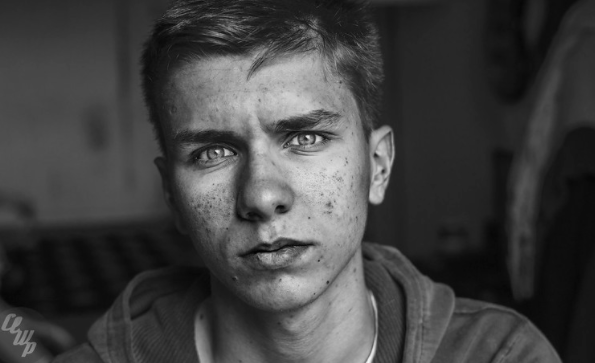 I told her I was leaving.

After two years of chemically induced dysfunction, I wanted a fresh start. I was going to get help and get myself straightened out.

This was why I was so confused when I saw her beat-up old Celica pull into the hotel where I was working. She agreed to give me the time and space I needed at that point. But she had promised this before and never followed through.

After a day or so, she would show up with a pocketful of pills, wherever I happened to be, trying to sell me on the idea of a night of passion like a used car salesman. And like a typical mark, I gave in every time.

As I walked out to get in her car, I vowed to myself that I was going to let it be known—succinctly and politely—that it wasn’t going to work this time. This time would be different. When I opened the car door, I saw a sight, the likes of which I hope never to see again. Her face was ashen and hollow and her eyes vacuous. She had dried toothpaste on the side of her mouth—a sign that she had obviously hurried to leave the house. She looked as close to the living dead as anything I had ever seen. It was as if her soul had escaped her body and she kept breathing anyway.

“I was attacked,” she said.

The details of that night were too disturbing to recount here—even decades later. The point is that I remember that I was only able to feel one emotion: anger.

It was only after years of therapy that I realized how many different emotions I repressed to reach that one-dimensional reaction. There was the guilt I was harboring for leaving her alone in our house out in the woods. There was the profound sadness when I thought about what she had endured while being held captive for an entire night. There was the shame I felt that I wasn’t able to protect her. A myriad of the most complicated and negative emotions a person can feel distilled down to simply “anger.”

Those years I spent in therapy were useful when it came to unpacking all of that toxic baggage, but it was really only yesterday that I remembered it in such detail. The situation with my current lover that sparked this difficult memory wasn’t all that earth-shattering, either. I disappointed her—something that should’ve just made me feel sad, but sadness was not what I came away with.

Within moments, I was angry. I went into the bedroom to try to meditate. She was such an incredible presence in my life, I thought. How could I possibly justify feeling anger toward her?

Men, much of the time, are socially conditioned that sadness is not an acceptable emotion. We learn it from our fathers, from television, movies, and even books. I know, on a personal level, it is not something I can reach without a substantial amount of time and explication, whether that’s in a therapeutic setting, or simply after I have had the luxury of sitting with it long enough.

The challenge with this should be fairly obvious. In a relationship, it puts a man in an adversarial position. They become less of a partner and more of a combatant. The chance of being able to cultivate a healthy and satisfying intimate partnership with these circumstances are grim.

Sandra Thomas, PhD, a leading researcher in anger in both men and women, was quoted in a paper for the American Psychological Association as saying, “Both men and women have been poorly served by the gender socialization they have received. Men have been encouraged to be more overt with their anger…” My own experience in the world bears this out.

I remember after my marital separation a few years back, when I would wake up for work in the morning to my brain running a checklist as to why no woman would ever want to take up with me again. This malaise would manifest throughout my day as road rage, a quick temper, and toxicity. Underneath all of it, of course, was mourning—yet another emotion that exposes too much vulnerability.

As with much of the social programming we receive, it takes quite a bit of inner work to reset. There are, however, some exercises that are being used in anger management settings that are valuable in this process:

>> In every situation where anger is the first response, take a quiet moment and investigate where it is coming from. Most men may be surprised that, oftentimes, it’s a secondary emotion, and a softer feeling is behind it.

>> Upon reaching the origin of your anger, allow yourself to feel into whatever it happens to be: grief, disappointment, and fear, for instance. Giving yourself this permission will inevitably take the legs out from under your rage.

>> Once you have isolated the feeling you are trying to mask with anger, address the root cause by cultivating an opposing feeling that you have control over. In other words, you can diminish, say, the grief from losing a partner by leaning into the relationships in your life that are still on a solid footing.

>> If it’s at all possible to get yourself into a therapeutic setting of any kind, make it happen. Almost every one of these steps are exponentially easier with a professional guiding the way.

Of course, deep inner work is never fun or easy, but the rewards are invaluable. None of us are wholly responsible for the information we received in our most formative years, but the quality of life we enjoy as adults is directly linked to the amount of effort we put into changing our internal malware.

As a man who has fought addiction and clinical depression, I speak from firsthand experience: it can be done.