24 Quotes by Khaled Hosseini that led me to a Greater Truth. 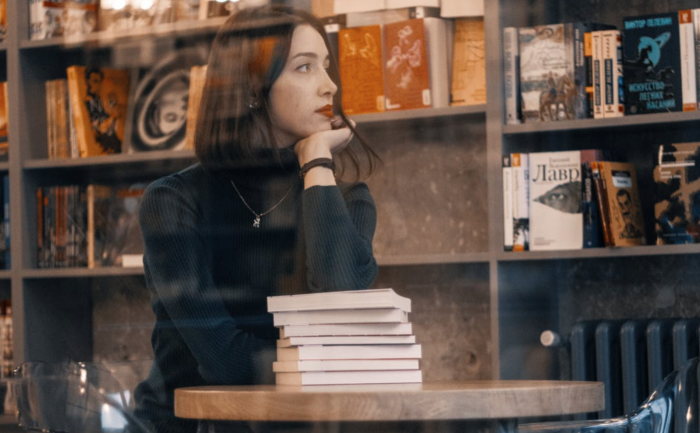 I was working as a teacher in Dubai when I first came across Khaled Hosseini’s name in 2008.

As I was strolling in the books’ section of a megastore, I came across the name of an author and the title of a book that spoke to me. I did not know back then that I had found my all-time favorite book and writer.

A Thousand Splendid Suns was the first Khaled Hosseini book I read, even before The Kite Runner. These are two of the few books that I have read more than once. To be honest, I do not want to wait for my favorite people to be gone to pay them a tribute—I would rather celebrate them and show them my gratitude while they are still alive.

The Afghan-American novelist said it best when he said, “Writing fiction is the act of weaving a series of lies to arrive at a greater truth.” I have reached greater truths while reading his novels. On many occasions, as all readers know, I find myself closing the book to meditate on a powerful thought that I’ve read.

Here are 24 quotes that will hopefully help you get to greater truths:

“Words were secret doorways and I held all the keys.”

“And that’s the thing about people who mean everything they say. They think everyone else does too.”

“There is only one sin, only one. And that is theft. Every other sin is a variation of theft. When you kill a man, you steal a life…you steal his wife’s right to a husband, rob his children of a father. When you tell a lie, you steal someone’s right to the truth. When you cheat, you steal the right to fairness…there is no act more wretched than stealing.”

“I think that everything he did, feeding the poor, giving money to friends in need, it was all a way of redeeming himself. And that, I believe, is what true redemption is, Amir jan, when guilt leads to good.”

“Thirteen days. Almost two weeks. And, just five days in, Laila had learned a fundamental truth about time: Like the accordion on which Tariq’s father sometimes played old Pashto songs, time stretched and contracted depending on Tariq’s absence or presence.”

“One could not count the moons that shimmer on her roofs, or the thousand splendid suns that hide behind her walls.”

“Of all the hardships a person had to face, none was more punishing than the simple act of waiting.”

“A society has no chance of success if its women are uneducated.”

“There are a lot of children in Afghanistan, but little childhood.”

“Not a word passes between us, not because we have nothing to say, but because we don’t have to say anything.”

“They say, find a purpose in your life and live it. But, sometimes, it is only after you have lived that you recognize your life had a purpose, and likely one you never had in mind.”

“I now know that some people feel unhappiness the way others love: privately, intensely, and without recourse.”

“You see, some things I can teach you. Some you learn from books. But there are things that, well, you have to see and feel.”

“J’aurais dû être plus gentille—I should have been more kind. That is something a person will never regret. You will never say to yourself when you are old, ‘Ah, I wish I was not good to that person.’ You will never think that.”

“All good things in life are fragile and easily lost.”

“A story is like a moving train: no matter where you hop onboard, you are bound to reach your destination sooner or later.”

“Yet love can move people to act in unexpected ways and move them to overcome the most daunting obstacles with startling heroism.”

“Laila has moved on. Because in the end she knows that’s all she can do. That and hope.”

“And yet she was leaving the world as a woman who had loved and been loved back. She was leaving it as a friend, a companion, a guardian, a mother, a person of consequence at last.”

“It’s wrong to hurt even bad people. Because they don’t know any better, and because bad people sometimes become good.”

“The desert weed lives on, but the flower of spring blooms and wilts.”

“I want to give up my bearings, slip out of who I am, shed everything, the way a snake discards old skin.”

“I have a theory about marriage, Monsieur Boustouler. And it’s that nearly always you will know within two weeks if it’s going to work. It’s astonishing how many people remain shackled for years, decades even, in a protracted and mutual state of self-delusion and false hope when in fact they had their answer in those first two weeks.”

“She wished she could visit Mariam’s grave, to sit with her awhile, leave a flower or two. But she sees now that it doesn’t matter. Mariam is never very far…Mariam is in her own heart, where she shines with the bursting radiance of a thousand suns.”

A Tribute to Carlos Ruiz Zafón: 24 Quotes to Give you Chills.  14 Surprisingly Inspirational Quotes from Someone who Doesn’t Give a F*ck. Eight Inspiring Quotes to Live By.
See relevant Elephant Video