Hitting the Sweet Spot: When to Say “I Love You” in Relationships. 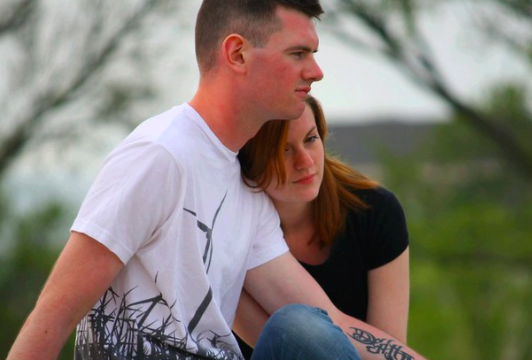 When it’s time to say those magic words, “I love you,” we definitely want to hit the sweet spot.

I advise in my therapy practice that we don’t want to blurt them out prematurely and risk being stranded high and dry when our partner awkwardly says nothing back.

On the other hand, if it’s been six months and our significant other can’t look deeply into our eyes and confess their love, it might be time to say “next.”

Relationships with Smoke but No Fire

If our relationship is like a burned-out campfire that’s sputtering with no heat, it might be time to move on.

Too many people accept whatever relationship drifts their way, instead of demanding the heart-fluttering excitement and challenging heights of a great relationship. One reason is the fear of loneliness. But settling for a mediocre relationship cheats four people, as one expert said—the two people wasting their time in a bad relationship and the other two who would be part of their true love match.

Lukewarm is Not Hot Enough

If we’re stuck with a partner who doesn’t stoke the romantic fires and won’t say “I love you,” we might be reluctant to waste the time we’ve already invested in the relationship. Tragically, this can lead to a lukewarm marriage between incompatible people. It’s like eating stale bread just because it’s been on the shelf for so long.

On the other hand, if we say goodbye and wait for someone better to come along, we’re in tune with the times. Millennials tend to delay marriage until they’re feeling stable and mature. In 1980s America, half of all marriages ended in divorce. Millennials are pickier about who they marry and tend to wait until they’re financially secure to settle down, thus fewer marriages lead to fewer divorces.

Men and Women Proclaim their Love at Different Times

Men and women tend to say “I love you” at different points in the relationship. Most people assume women are quicker to say they’re in love. Yet 70 percent of people reporting on their current relationship said the man professed his feelings first. Men said “I love you” three months into relationships on average, while for women, it was closer to five months.

Men also felt happier if they heard about a woman’s love before having sex because they felt the statement was more honest at that point. On the other hand, women were happier if a man declared his love after sexual intimacy. If a man said he loved her before sex, women were more likely to suspect he was untrustworthy, believing they were only saying the words to move the relationship into sexual intimacy versus a desire for a long-term relationship.

Is It Love, Lust, or Infatuation?

Deciding early on to say “I love you” can also be a risky business. If we’re divulging our undying love before the three-month mark, it’s more likely to be infatuation. In the first few months, we still don’t know the other person well. We’re floating in a sea of intoxicating chemistry and good vibes. Until we’ve spent more time together, we’re still in love with the feeling of love.

But real love is based on shared experiences and getting to know someone deeply, through rough terrain and heavy weather. When we tackle stressful situations together and wrestle with our differences, we get a better idea of our partner’s true character. When challenging times have forged our love and we begin to think about “we” instead of “you and me,” then it’s safer to commit.

The too-early “I love you” can also be linked to having sex too early. A study by Cornell University found that couples who had sex within a month of dating had a poorer relationship in the long run. A rushed union often means that a relationship falls apart before it even has a chance to meld. Saying “I love you” right away also puts pressure on a new relationship that may be too fragile to bear this weight.

In an attempt to avoid telling their partners that they love them too early, many people end up waiting for too long to take this step. While an early declaration of love runs the risk of being perceived as pure infatuation, the other end of the spectrum may be seen as an absence of mutual feelings of love or an unwillingness to enter a long-term committed relationship.

Waiting for more than six to nine months can easily elicit feelings of a one-sided relationship, especially if one partner had already made their love known. This situation places tension in the relationship, despite it often arising due to differences in the time that people take to feel comfortable with saying “I love you.” Individuals who avoid reciprocating a partner’s commitment to a relationship, rather than being restricted by concerns over appearing impulsive, are often being cautious not to fall victim to narcissistic love-bombing or are avoiding admitting that what they felt was not really love.

Assessing the perfect time to say “I love you” can easily be misunderstood by the partner, and can easily strain the relationship.

Overall, both waiting too long and saying “I love you” too early have disadvantages. An important question, therefore, arises: when is the best time to declare one’s love in a new relationship? Most relationship experts agree that we should wait at least four to six months before saying “I love you,” and avoid saying it for the first time during sex or an intense emotional moment, or as a reward for a nice gift.

Perhaps the most appropriate answer to the question is that there is no perfect time. Instead, how fitting the move to declare one’s love depends on how much time he or she has spent with the partner, how many experiences they have had together, whether both partners have expressed cues suggesting that they love each other, and the realization that people take different times to develop feelings of love.

Relephant: It’s Never too Soon to Say ‘I Love You.’ 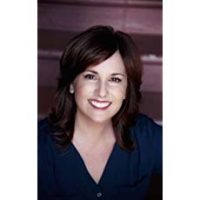 Why I Never say,”I love you” First. Letting Go in Relationships: A Buddhist’s View of Attachment. The Infatuation with Falling.
See relevant Elephant Video