Crawling back to the Faith I Abandoned after Loss. 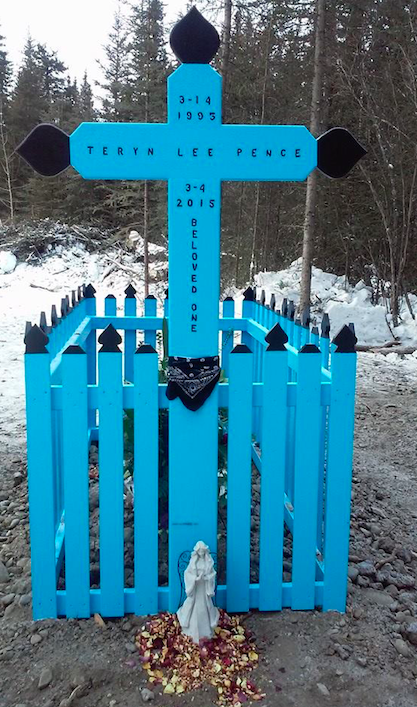 Something happened to Christianity over the past 30 years.

It’s not the same faith I closed my mind to as a teenager. When I was a kid, it just felt…phony. I believed in God, but I couldn’t relate to the adults around me who professed their love for a savior but showed contempt for their neighbors.

I viewed the Christians as clannish, snobbish, quick to judge others but unrepentant of their religion’s sordid history.

Like most human beings, I still had a longing for God. A thirst for that invisible spirit that brings life. I looked to many different traditions and the New Age, which is a mosaic of this, that, and everything in between. I looked to my deep ancestry, which was interesting but far removed from me, and also mixed up with this, that, and everything in between.

After my son chose to leave, I pledged to get better. Whatever that means. I knew something had gone horribly wrong; kids aren’t supposed to kill themselves.

I spoke with a mother recently who was also trying to figure out what happened to her son. She wanted to know about my own experience, and when I mentioned some of the superficial (but noteworthy) things I had discovered about mental illness being impacted by diet, she wouldn’t have it. “No!” she told me. “That’s too easy. There’s something deeper here and I want to get to the bottom of it.”

I understood what she was saying.

The truth will whisper. And nudge. Finally, it will bonk us upside the head. If I were the only one to get bruised, I might not be so keen to pay attention. But when it impacts the next generation, it is too painful to ignore. I dug into my own garden, trying to figure out how to have a better harvest, and I began many conversations with others who also lost their crops. I was shocked at how many young people are dying. From suicide, alcohol-related accidents, drugs, and more.

The kids are not alright.

When I went through my time of darkness and downright despair after my son’s passing, it got worse before it got better. The New Age, positive thinking techniques failed me. I couldn’t think my way out of it. I was alone, in a black hole, and it estranged me from everybody. I called on my ancestors, but I needed the living. I read books. I tried to exercise my way out of it. I cleaned up my diet. But sorrow had ahold of my soul. Then, it turned to bitterness, and things got ugly.

Long story short, I crawled to the Christian faith as a last resort. I started remembering different biblical phrases that I had learned in my childhood. And I began watching videos and reading books by modern Christians. It seemed like the messengers were different than in the past. It wasn’t about perfection; it was about grace. I saw that the faith tackled real issues like grief, divorce, addictions, pornography, and everything else that burdens human beings. And I didn’t feel the sting of judgment.

It seems like a collective of people had been quietly building a community that was based on a true desire to grow a better garden. One where children could flourish and people would be nourished when they grew crooked. The garden has rules, not out of judgment or morality, but out of the knowledge that some paths lead to destruction and some to prosperity.

The movement to the New Age was necessary, as it broke the chains of the former restrictive traditions, and forced some sort of reckoning. I feel like Christianity met the challenge, and renewed itself rather beautifully. Those of us who are tuned in to the modern “hippies,” the people who revere indigenous traditions but (generally) want to live a life free from borders, rules, and convention, are starting to wake up—I think. Like children who don’t realize how wise their elders’ advice was until they have ventured out and been pummeled by life.

I’m not saying everyone should be Christian. I’m not even saying it’s the only way; there was a powerful creator at work long before the birth of Jesus. Indigenous traditions have their own creation stories, every bit as fantastical, absurd, and informative as the biblical stories. I don’t take everything literally, but I have found great wisdom, comfort, and guidance in the Christian stories, and I see a community that offers support to human beings.

It’s interesting to observe the fall of one of the New Age idols, a phenomenal artist who goes by the name of Nahko. He was revered by the enlightenment-seeking community but is now being called out and cancelled by his people because he is human and gave in to the temptations of the music festival scene: drugs, alcohol, and sex without boundaries. He has been accused of sexual misconduct, and many who once followed him with stars in their eyes are now salivating at his demise.

I can’t help but notice how the modern Christian faith has systems in place to catch their fellow brethren, rather than stone them.

All this is to say thank you to those who didn’t throw out the baby with the bathwater, and instead worked to create a better, more inclusive, pool. To be made clean again. New. 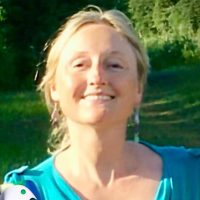 Chantelle Pence is a writer from the Copper River region of Alaska. Her first book, Homestead Girl: The View From Here, was published in 2016. … Read full bio

My 5-year-old wanted to Kill Herself: How to help our Kids through Anxiety & Depression. Suicide doesn’t Discriminate: 6 Warning Signs that could Save someone you Love. What Christianity Means to Me.
See relevant Elephant Video