How to F*ck Her Like a Real Man. {Adult} 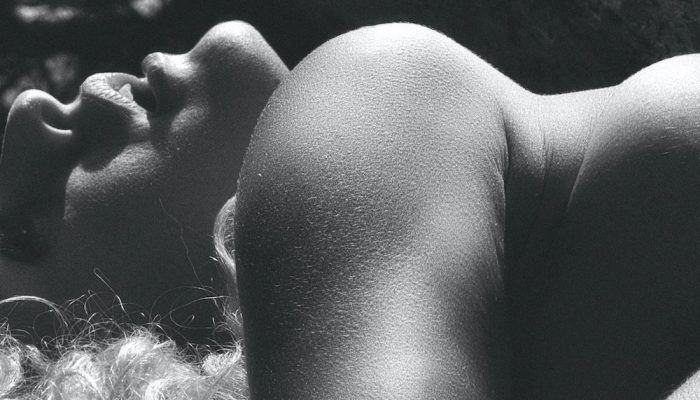 A real man knows that sexual intimacy starts in his words, in his approach.

He knows that whether he comes on strong or eases his way in, his character and his posture serve to communicate the purity of his intention.

A real man honors consent every step of the way but trusts himself enough to seek it in a million sensual songs so that his loving does not devolve into a legal contract of initialed clauses and some punctuating, officiated orgasm.

He remains present. He touches her in the beginning only while looking into her eyes and feeling into her heartbeat. He knows that he must remain attuned to her responses so as to reassure her by the very nature of his advance.

He knows his weight in the gravity of her mystery—feels how she draws him in—and proceeds, cautiously aware of the damage he might inflict should their bodies collide prematurely.

He remains rooted in the gravity of her tempest, assessing every movement, every breath. He notices when her legs twitch and senses whether she’s opening to him or pulling away. He feels the chill that runs up her spine when he says her name and feels her softening when he pulls her close by the nape of her neck.

With his forehead against hers and their breath dancing in the intimate venue between their lips, he feels into her safety and honors her vulnerability with his strength. And he recognizes that, in assuming responsibility for her well-being as they venture forth into the untamed jungles of passion, he is exposing a great vulnerability of his own.

A real man is unafraid to revise his course or delay his arrival. He always proceeds in the name of truth and trust and safety. All men can sense when they’ve stepped incorrectly, but real men take accountability for their actions, owning their errors with hearts courageous.

Real men don’t hide their actions behind feigned unknowing. They don’t see the feminine desire to be ravaged as a green-lit permission slip to act brutish. Real men advocate for feminism and rally against the patriarchy because they know a liberated woman will always love and fuck them better than a belittled one.

But it’s more than that. A real man wants her as his equal in all things. He desires authentically for her to rise into her power. He is not afraid of her strength—in fact, he thirsts for it.

He knows that their loving—their fucking—will always be deeper, more delicious, and more satisfying when approached from a place of mutual power. He may grab her hips and thrust inside of her, or play into the game that he controls her, that she is at his whim. And it may be true in the bedroom. But it will only be real for him if, in the varied arenas of actual life, they walk side by side and challenge each other’s demons with the ferocity and poise of venerable warriors.

The same hand that holds hers, reassuring her insecurities, also grabs her wrists and pins them above her head. The same fingers which brush the hair from her face at breakfast also find themselves intertwined in fistfuls of her locks, tugging at her seams and pushing her to the brink of ecstasy.

But she knows him to be a fearless guardian of her wisdom and wilderness, so she melts, surrendered, and surrounded by a haven of raw, nurturing passion.

In the heat of the moment, he slaps her across the face. She responds by clawing deep canyons in his back which fill with scarlet streams. They destroy each other in demonstrative appreciation of wild beauty yet they remain sheltered in the unequivocal truth that no act of violent passion will ever be born of anger.

A real man regards pain only as a tool to enhance pleasure and is just as keen to receive as to inflict. Dominance is a gift from his woman, given when she arches her back, raises her chin toward the heavens, and allows him to ravage her neck with kisses. She gives with awareness a divine offering, signifying that she feels safe within the strength and structure of his arms.

They may walk from their lovers’ roost, legs still shaking, and swaying to the rhythm of their rowdy ruckus. They may bear the bruises of ravaging hands which know not their own strength. She may find her back sore in the spot where it pressed against the living room table. He may find that his jeans irritate the crest of his hip where her teeth left reminders of her wild spirit.

But on their way downtown, they walk hand in hand, steeped in a tenderness unknowable to the rest of the world, and born of the freedom to love and be loved—to fuck and be fucked.

There is a tremendous grace and intricacy to becoming a real man. There is a treacherous gauntlet of growth which stands between the hungry hunter and benevolent providence. The privilege of this sort of fucking must be earned and learned through a hard-won, tender strength.

Take not these words, dear brother, as a vindication of your pornographic fantasies but leverage them as a ladder by which you might find illumination in the type of deep, purposeful sex your soul truly desires.

Good love can set us free, so put in the work. Your greatness awaits you. 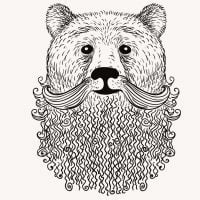 10 Things “Real” Men Do. A Manifesto for Real Men. Make Love with Your Eyes Wide Open. I Want a Man who can Make Love. {Adult} Making Love Without Having Sex. {Adult}
See relevant Elephant Video