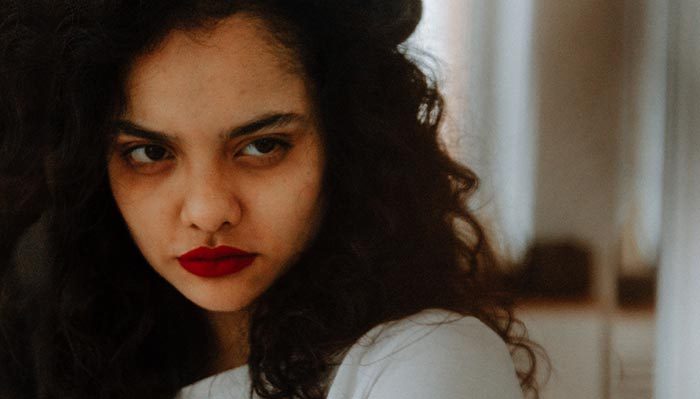 The dictionary defines this as a lack of fairness or justice. For me, it is the lingering feeling that prevents me from fully getting over a situation.

Anger and loss—these are all emotions and you feel them. They lessen and sometimes leave. They may leave mental or physical scars on their victims.

Injustice is a lingerer. It festers and comes back in waves; even when you think it’s in the past, it rears its ugly head and doesn’t seem to dispel as other feelings or experiences can.

I battle with this a lot. I work hard to try to control my emotions and to be more accepting of the things I can neither change nor affect. Over the years I have grown to be better at this. I have developed a higher level of self-awareness and I obviously go through the motions of any sh*t situation. I have good days and bad, but almost always eventually reach a place of acceptance.

But unjust situations are the hardest to deal with from a moral, emotional, and psychological perspective.

I am not referring to the greater worldwide injustices, but rather the smaller day-to-day injustices—the unfair and undeserved outcomes that seem to affect people in their daily lives, whether that be a divorce, a child custody arrangement, an affair, a heartbreak, a work situation, and so on.

Unfairness perpetuates a feeling of deep-rooted bitterness within me that I just can’t shift.

The injustice clings; it’s always there, quieter sometimes, yet at the pit of my stomach even as a situation resolves itself. I am consumed by the injustice of a situation instead of focused on ensuring it doesn’t repeat itself or absorbing the lessons I have derived from it.

Do you ever feel like some people seem to take the heat whilst others seem to land in a barrel of sh*t but still manage to come out smelling of roses?

Do you ever find yourself leaving a situation but still willing karma to do its worst?

Do you ever move on but secretly hold a grudge because you feel that that justice just hasn’t been served?

This is not healthy, surely.

So why do we as humans seem so affected by the unfairness or inequality of a situation?

Here’s a bit of science:

In a study conducted by two economics professors at the Norwegian School of Economics in Bergen, FMRI technology was used to monitor the brain’s natural reactiveness to fairness. They concluded that the brain is a natural fan of fairness. When something is fair, the brain’s reward system (the striatum) is activated. The vast majority of striatum neurons express dopamine, and we all know dopamine equals feelings of pleasure.

The study also noted that our concern for fairness is more than an emotional reaction, but is hard-wired into our brains, which is probably why we have such a negative and hard time psychologically letting go of an unjust situation.

So, what can I do to help myself?

Now that I know it’s not just a curse of my overthinking mind or a by-product of an emotional moment, what can I do to help myself and my poor, pissed off brain deal?

Here are three coping mechanisms that I try and use:

1. Try and engage with the logical part of our brain.

If we resist the urge to go into flight-or-fight mode and instead try to act in a clear and concise way, we may find ourselves more likely to consider solutions than just paddle in the pit of unfairness in the face of inequality. Maybe we can incite change by doing this; maybe we can’t. But I am sure that a more rational approach will help us at least find some perspective.

2. Accept that the past is the past.

We can’t go back and change an injustice that has happened, but maybe we can take this lesson and roll it into an assurance to ourselves and our loved ones that such unfairness will not prevail again.

As an avid overthinker, I am naturally predisposed to dwelling. To date, it’s neither accomplished anything, nor changed the outcome of the situation. If you recognize the signs of dwelling, try to stop it in its tracks by remembering that fact and simply interrupting your line of thought.

Give these three tricks a go the next time that you feel you’ve experienced an injustice and see if that helps you out.

Is it Dislike or is it Jealousy? Feeling Triggered? Ask these 3 Questions to Break Through. 4 Ways to Dump your Jealousy & start being Happy for People. “Spiritual Bypassing”: How we’re actually using Spirituality to Avoid our Issues.
See relevant Elephant Video