What we must do with our Anger—so we can actually take Action. 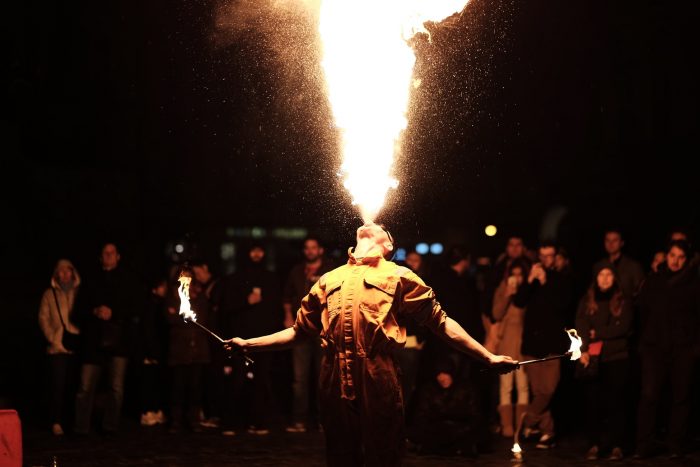 In headline after headline, another unarmed black man is shot dead.

The body of another transgender black woman is pulled from the river, an innocent child is targeted in the crosshairs and killed, motherless, childless, hopeless—it makes me so mad.

I can no longer push down the horror, the pain, of these injustices. In my past life, I would just have dove into a bottle or a pipe to deal with the overwhelming emotions. I had no healthy, proper release.

And now, bingeing on all this hateful content just makes rage build inside of me.

In recovery, I had to find alternatives to drain the tidal surges of rage. I am a child victim of rape and I work as a victim’s advocate, so I am continually fighting injustices, constantly hearing and seeing the worst of our society. It’s a lot to deal with, but it’s necessary work.

Lately, between the lockdown and the protests, the rising tide feels like a tsunami. The world is expressing collective rage, spilling out onto the streets after sheltering in our homes for months. The rage of 400 years without real equality is roaring through the community of BIPOC (black, indigenous people of color) as they find unlikely allies in not just the usual big cities like Philadelphia and Chicago but also in the whitest of white suburbs and even small-town United States—and the world. Meanwhile, the radical right still spews rhetoric behind the safe confines of a keyboard, sputtering out “all lives matter.”

The entire nation is pissed off.

I am pissed off.

This type of anger, stored inside, can turn into a deep pool of depression. I learned this the hard way in recovery.

For me, my anger outlet is physical. Speaking and writing get some of it out, but the real rage, the tide that threatens to overtake me, requires physical engagement. It is the very why behind some of the violence we see, not only on the streets today but every day. It’s why swinging a bat against a glass window can feel like ecstasy. It not only releases the anger, but also releases endorphins in your brain that restore pleasure, hope, and eventually calm.

Anger always finds a way out. The root of all violence is anger improperly synthesized. The only way to establish peace within ourselves is to find what healthy method enables us to release the rage without hurting ourselves or others.

I found mine on a treadmill years ago, but with my aging knees, running is no longer my go-to. Cycling is easier on my joints, but still gives me the same level of intensity. But I am not an athlete. The last time I tried to get on an actual bike outside was in Key West—I crashed the thing within two minutes of being on it.

But when I get on my indoor bike, I become a gold-medal champion. I am fierce and competitive, and I lose my sh*t on that bike in the best of ways. I push so hard. I am unaware of the struggle—instead, the physical effort leads to a spiritual release. I have somehow gotten to a cadence of 107 at a 50 resistance; if you have ever been to a spin class, it is not for the faint of heart. Sweat and tears often coalesce upon my face until they are indistinguishable, and all I know is that whatever is coming out of me is doing just that. It is coming out of me.

I feel lighter. Calmer. Once again, I can breathe. It’s low tide. The anger is gone. My mind is clear. There is room for hope, for action.

I am able to move through my day and continue to do the hard work of humanity. I can also focus on making changes in my small corner of the world. And this is what must happen next: for a moment to become a movement.

We must continue the work.

Many of the protesters have gone home, and the streets have fallen quiet again. We made the noise. We created the awareness. But in order to sustain the movement, we now must do the work, all over this nation, in town halls, in city council sessions. Go to the places where policy is being made and stand up. Ask hard questions.

>> Write op-eds in your local paper.

>> Contact your elected officials and ask them to support reform.

>> Hold online and in-person dialogues in your communities.

>> Educate yourself by watching, reading, and listening to materials from a wide variety of perspectives.

>> Reach out to your local schools. Talk to them about what educational materials they are using. Encourage more diversity in all classroom materials.

It’s so easy to surrender to the noise of hatred circling around us all right now. But I beg of you to find a non-violent release. We can all change our corner of the world. Your small actions matter. They can transform you and those around you. If every one of us creates change in our corner, think about what kind of rooms, buildings, towns, cities, and a world we can create together.

But you cannot do any of this if you are coming from a place of pure anger or rage.

In the midst of what is shifting in our world right now, there are real tangible wins happening.

On June 15, the Supreme Court of the United States ruled in favor of protecting LGBTQ workers from job discrimination. This is such a huge win for those of us in the LGBTQ community who have been fighting for basic equality. Prior to this ruling it was still legal in at least half of the states to fire someone just because they identified as LGBTQ, including my home state. Having this ruling come during Pride Month is such a motivator. Advocacy works. There is power in our stories.

Unfortunately, it also came on the heels of President Donald Trump’s administration announcing, on the anniversary of the Orlando, Florida, Pulse Nightclub massacre, that it was erasing anti-discrimination protections for transgender people in health care and insurance.

And on June 3, the administration filed an amicus brief supporting the religious right to deny LGBTQ families the ability to adopt foster children (Fulton v. City of Philadelphia, scheduled to be heard by the Supreme Court in July). As an adoptive queer parent, I take personal offense to this and will continue to use my voice to ensure this viewpoint does not prevail.

Martin Luther King Jr. said, “The arc of the moral universe is long, but it bends towards justice.”

Celebrate the justice won, but know that there’s work to do to create change. Commit to turning anger over injustice into action with a purpose. Help bend the arc. 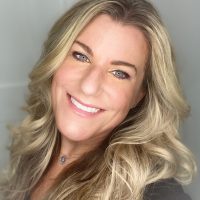 Jennifer Storm is an award-winning victim’s rights expert, advocate, and best-selling author of multiple books. Having worked on some of the most high profile cases in our h… Read full bio

Activists: Don’t Give Up just because you’re Tired. How Serving on a Grand Jury Opened my Eyes to the Reality of Systemic Racism.
See relevant Elephant Video

Love is Not Enough: Why we Can’t Always Be with a Soulmate.