How Serving on a Grand Jury Opened my Eyes to the Reality of Systemic Racism. 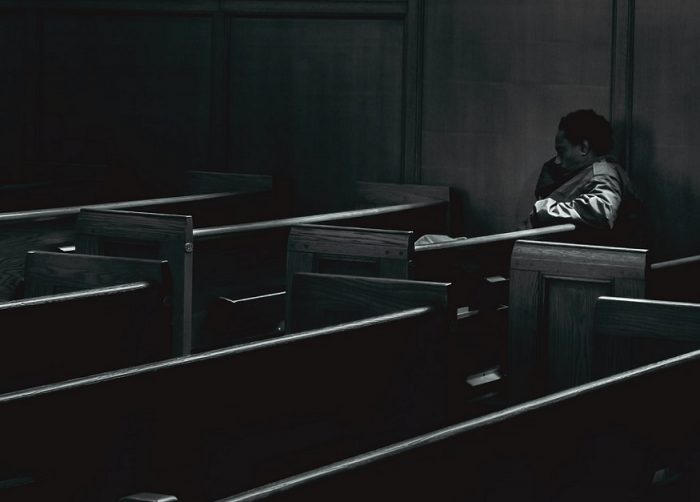 We keep hearing the term systemic racism. But do we really know what it means?

I’m sharing my observational experience with systemic racism in the hopes that it can be of benefit.

I was called for grand jury service in 2015. I must admit, I did not realize what a grand jury was. I received notice and showed up thinking it was going to be a one-day thing and I’d be done. To my surprise, it was a three-month commitment where I’d hear around 100 cases and vote on whether there was enough evidence to charge someone with a crime (versus a trial jury, where you vote whether someone is guilty of the crime).

I immediately started freaking out: I have a full-time job; I can’t commit to three months, four days a week. My hands were literally shaking when it was my turn to be interviewed by the judge, who was to decide whether I’d have to serve or not. He asked me if I had a hardship. Yes, of course I have a hardship; I have a job. He asked me where I worked, and I named my Fortune 500 company. The judge told me that as important as I am at work, they’d be just fine without me.

But he also realized that I’d still be paid by my employer. So let’s take note here of the first point that struck me about systematic racism. I wasn’t then, and I’m not now during COVID-19, deemed an essential worker. But the Black population has been identified as a significant percentage of essential workers. And with that information, let’s acknowledge what racial group is less eligible to serve on grand juries and to decide the fate of others, including their peers.

I arrived for my first day of grand jury and was introduced to a woman who would train and oversee us. She was an employee of the District Attorney’s (DA) office. This brought up another layer of systemic racism. The office that exists to charge and convict criminals is directing the jury. Do you see the bias? There was a lot of bias throughout this experience, and as an example, on that first day we were informed that the prior jury voted to charge 100 percent of cases because “the DA’s office is very diligent and thoughtful on what cases they bring forward, and you’ll likely charge the same.” The mindset for us jurors was established: vote yes to charge. We were also told that the bar to charge someone of a crime isn’t that high—just reasonable evidence. If questionable, the DA, defense attorney, trial jury, and judge would work it out with further investigation and evidence later.

Let’s expand on the relationship with the DA and the police for the next example of systemic racism. There is a close working relationship with the two separate entities, naturally. The police investigate crimes and the DA prosecutes. This co-partnership is critical, however, this close relationship can pose a problem when there are bad actors. I recall testimony from police officers that at the time, and in retrospect, seemed to be blatant lies.

One police officer stated that he was parked on one side of a street at 3 p.m. I’m familiar with this street and I know it to be excessively busy with cars and pedestrians, especially at this time of day. The officer said he observed three young, Black men across the street in their own car, and that he also heard one of the men say, “Sh*t, police!” through his open window. In my opinion, there was no logical way the officer heard this. However, this narrative seemed to then give police probable cause to approach the young men and search them. In this instance, they found drugs on the men. But after hearing multiple stories similar to this, I began to wonder how many of these instances were unlawful stops and searches. And we were only privy to the instances that yielded something. At least in this case, the suspicious behavior was identified with the “Sh*t, police!” statement—true or not. There were other cases where the officer just stated they observed “suspicious behavior,” but didn’t describe what that behavior was.

I came into this grand jury naïve of the history of Black men, women, and children’s experience with police, as I expect many of my fellow jurors were, given their demographics. We were a group of 20 or so, which included only two Black individuals—both retired, one man, one woman. The woman’s commitment was cut short just a couple of weeks in due to health issues. As a white woman, I’ve never had a negative encounter with an officer, so I walked in with a blind trust of police, but as multiple cases involving young, Black men were presented, and I called on my basic common sense and realized these stories were not adding up.

Please don’t misinterpret this post to be anti-police. Serving on a grand jury also provided me the opportunity to see the incredible work police do and I am most appreciative. We heard cases of child pornography, child rape, human trafficking, vehicular homicide, and murder that spoke to the incredibly important work police do and the professionalism they exhibit. And I’m not saying that all of the cases of search and seizure of Black men were bad stops, but there were too many where the story just didn’t add up.

I also routinely found myself thinking, You find where you focus. How often are young, white suburban men targeted? There were times when we, as the jury, would push back on what we deemed as unlawful stops and searches. The guidance given to us was that we could not take this into account in our vote—that was for the defense attorney to worry about. Our vote needed to be focused on whether there was “sufficient evidence to charge a crime” after they were searched. If so, then a jury of “peers” would vote to charge.

I am forever grateful for the opportunity to have served on the grand jury, knowing that just a small percentage of community members get the opportunity to participate. The experience opened my eyes and expanded my awareness. As I said, I didn’t even know what a grand jury was, so I certainly didn’t know how it worked. I lived in a bubble of naivety and unawareness of the crime that surrounds our communities, and also the workings of our criminal justice system. And if I, a white woman married to a Black man, lived in this bubble, oblivious to the layers of process and policy that contribute to systemic racism, then I suspect many others do as well.

There is an awakening happening in our country, and many are calling for police reform, but for us to really make progress, we need to look across the full criminal justice spectrum. We need to identify every layer and understand the root of the issues that contribute to systemic racism. We cannot achieve reconciliation until we have full recognition. There needs to be further acknowledgement regarding the DA and police relationship, including the politics of police unions funding election campaigns for DAs, the implications to individuals who are convicted, and the consequences of criminal record for future employment, housing, voting, and so on.

I’ve made a commitment to living a life of anti-racism. I’m still figuring out what this means in practice for me now and in the future, but writing this article and sharing my experience is a step on my journey. My motivation for this article is to pop one other person’s bubble of naivety and unawareness.

The acknowledgement of my experience may feel uncomfortable to many. I know if did for me. I forced myself to re-evaluate my belief and trust in a system that I once inherently assumed to be thoughtfully designed to ensure due process, accountability, and justice for all. Please don’t let this discomfort make you look away. 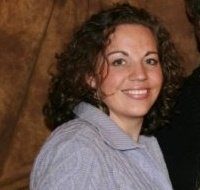 Neely O’Donnell was born and raised in Montana and currently resides in Boston with her husband and three boys. … Read full bio

I am Black. This is what I Need (& what I Don’t) from White Allies. Brené Brown defines “White Privilege” for us—& it’s the Best Explanation I’ve Heard. “Why do they have to be So Angry?” How Racism has been passed down in Today’s White America.
See relevant Elephant Video