What Bassnectar, Bikram & Epstein Seem to Have in Common (& Why it is So Dangerous). 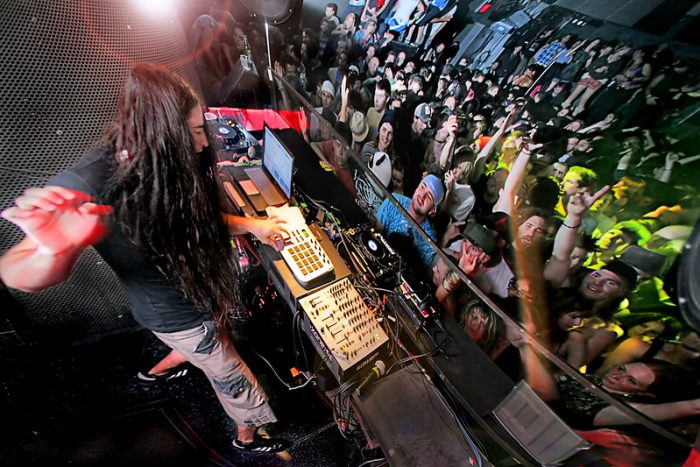 EDM icon “Bassnectar” has stepped back from his career after multiple accusations of sexual misconduct, including having sexual relations with underaged fans, came up on social media.

There is always another side to the story, and some of his fans are already defending him and asking for a second chance for their idol and blaming the “cancel culture” for the downfall of their superstar. At the same time, there is an Instagram page collecting and posting stories by women speaking up about their experiences with the famous DJ, who resigned in a statement that is visible on his Facebook account.

All of this seems like a parade of red-flags to me. I have seen that dynamic happen before in other contexts.

A person in power gets accused of systematically abusing people, and the first thing that person does is start a campaign to present themselves as the victim of “cancel culture.” Loyal supporters side with the accused and shame those who speak up as divisive and full of hate. That is not what I call kindness; it is victim shaming in its worst form.

Let’s get this straight: speaking up as a victim does not destroy the reputation of the offender. It was their alleged illegal action that ruins their image. They are solely responsible for what they did.

Blaming the victim is a sad tradition that started with asking what the woman was wearing when she was raped and continues by referring to choices made while being coerced or incapacitated, thus not having control over allowing what is happening to them as it happens.

Bassnectar created a community around his music that included a charity for victims of sexual abuse. His image was that of a saviour who cares for his fans, and going to his shows felt like a safe space for many.

Now, there are allegations that he was grooming underaged women and supposedly inviting them to spend time with him at remote hotels while grooming them to separate from their friends and family. Spending time with your idol is something that makes one feel really special, and when one is young and naive, that can put us in an extremely vulnerable position. I have to assume that he was aware of that power disparity.

It all reminds me of Bikram and his followers who got invited to his hotel room to massage his feet and much more. They felt special to be chosen by their guru and did not dare to refuse any request by their spiritual leader. I have to assume that he knew what he was doing and who he chose from his disciples to make sure there were no consequences for him.

Exploiting the hopes of people seeking help is one of the most evil things someone could possibly do.

Epstein allegedly took things one step further and didn’t even bother to start a music community or a spiritual cult. He simply used his money and power. As we all saw on Netflix, there were homeless teenagers and other young women in desperate need of money among his supposed victims.

Looking at how long Epstein, Bassnectar, and Bikram were able to allegedly run their schemes before someone spoke up against them is a glaring commonality between these three.

Arguing that their victims made choices at the time sounds reasonable at first look, and pretending they always cared for them and never meant to cause harm is just another attempt to spin the narrative. How much of a choice does a young and already traumatised woman have against powerful men with lawyers and a community of loyal supporters backing them up?

Gaslighting their victims when they speak up is not exclusively reserved for the rich and famous; it is only the tip of the iceberg. Date-rape is something far too many women have had to experience while growing up. The offender counting on the victim to not speak up has become an endemic problem in our society. Every time a woman speaks up, it creates the space for others to do the same. It also gives us a glimpse of all the pain that might not have surfaced yet. We need to support these brave women in every way possible, especially as men; we can not remain silent anymore.

I have nothing but respect for these women, and I don’t blame them for not speaking up earlier, as the trend these days is.

The fear of being taken down by lawyers, being blamed by a community for destroying it, or being portrayed as a liar is real, especially if these women are vulnerable due to addiction problems, pre-existing sexual trauma, or other mental health issues that make them likely to not have the strength to speak up.

The predator knows that and chooses his victims based on that. That might explain why we see abuse happening in settings of powerful business people, gurus, and musicians who know how to manipulate their followers into their evil trap—money, spirituality, safety, fame, or drugs.

We need to stop using the term “cancel culture” when someone abuses others; it is “justice culture” when we stop them from abusing more victims. Calling them out is an act of empowerment for the one speaking up, but also an invitation to others who remained silent out of guilt, shame, or fear to share their story.

Once someone speaks up, we need to trust them and not question their trauma. It is hard enough for the victim to come forward, the last thing they need is anyone blaming them or taking the side of the offender. We don’t know how long they’ve suffered because there was no safe space for them to share their pain, and that is on us.

It is our duty to offer that safe space to anyone in need of our help. We would hope for the same if we were in their shoes. It works both ways.

“If I were to remain silent, I’d be guilty of complicity.” ~ Albert Einstein