12 Hidden Warning Signs that we’re about to Burn Out. 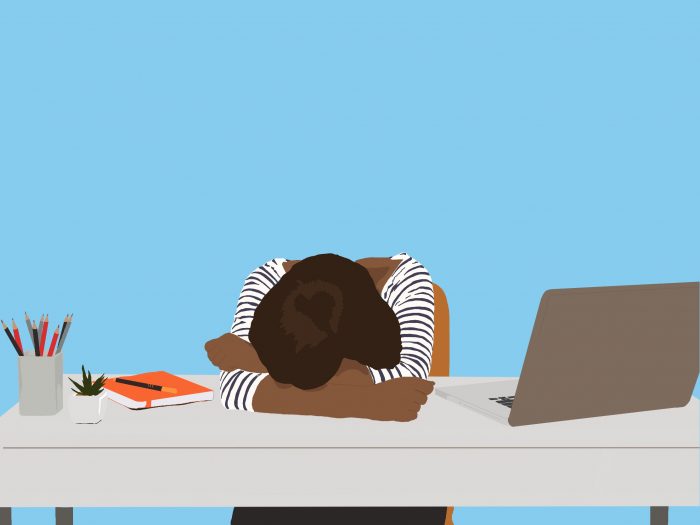 Before I experienced burnout myself, I assumed I would just “know” that I was burning out.

Perhaps I’d get some letter in the post that said, “Dear Bex, be careful, you’re about to burn out.”

Maybe a kindly stranger would pull me to one side and say, “Woah, you look like you’re burning out. Take care!”

Of course, life doesn’t work like that; I only knew I was burning out in hindsight and by then—it was almost too late.

However, I’m a firm believer that everything that happens in life is a lesson for us to learn and then pass on to others.

With this in mind, I’ve put together a list of the 12 hidden warning signs that you’re about to burn out—consider this a kindly stranger pulling you to one side or your letter in the post.

Burnout is generally caused by excessive and prolonged stress; people can experience it in a range of different ways. Some of the most common signs are exhaustion, feeling mentally or emotionally drained, and feeling overwhelmed.

Below are some of the more hidden signs I failed to recognize as burnout in myself, but this is by no means an exhaustive list. (Add your own in the comments!)

1. Dropping the Ball
When I first started making silly mistakes and forgetting things, I thought that perhaps it was my age catching up with me. However, “dropping the ball” is a symptom of burnout that passes many of us by. Excessive stress can make us lose our concentration and become quite forgetful—especially if we have too much on our plates. I’d end up forgetting important dates, losing track of client’s work, and generally feeling overwhelmed with how much I had to remember.

2. Feeling Guilty
This second symptom follows on quite naturally from the first. When I started experiencing burnout and dropping the ball, it brought with it a sense of guilt. I felt as though I was constantly letting people down, not getting enough work done, and simply failing as a human being. This guilt began to eat me up until I started to believe my own cognitive distortion of: “I’m doing everything wrong.”

3. Getting Snappy
Ask anyone who was around me during my burnout phase and they’ll tell you this was definitely a noticeable symptom. As I was feeling frustrated with myself, it often seeped out into my relationships with other people. I had a short fuse, I was constantly snapping at others, and I felt as though the whole world was out to get me—feeling angry, frustrated, and impatient with others may be a sign that you’re on the road to burnout.

4. Not Being Able to Sit Still
Not only may you be impatient with the people around you, you might also become impatient with yourself. I couldn’t sit still. I was so restless all the time; I always needed to be doing something. The “hustle culture” vibe that permeates social media drew me in; I thought that if I sat still or relaxed then I was wasting my time. If I took time out to do something that wasn’t “working hard,” those feelings of guilt set in again.

5. Isolating Yourself
Because I felt impatience and restlessness with myself, I started to isolate myself. Being sociable meant wasting time that could be better spent by working. I stopped talking to my friends and turned off all social media notifications (I left my work emails on, of course). I buried myself in a work hole, and saw socializing as distraction and procrastination. I was also worried that if I did see my friends, they’d notice how tired and ill I looked—which leads us on to number six.

6. Not Looking After Yourself
I wasn’t looking after myself properly during this period of my life. I wasn’t getting enough sleep. I was either binge-eating or not eating at all. I wasn’t exercising. All self-care went completely out of the window. Some days I didn’t even get dressed. This symptom could be a warning sign for many other mental health conditions, too. If this does apply to you then, please, do seek the advice of someone you trust or a health professional.

7. Feeling Like a Failure
I haven’t always had the best self-esteem, and so, I ignored this symptom of burnout as something I’d likely have to live with forever. I just assumed feeling like a failure was part and parcel of who I was. However, when we feel overwhelmed and stressed, it can be easy to believe that niggling self-doubt in your mind. The constant feeling of “I’m a failure,” can reprogram our minds to think that really is the truth.

8. Trash-Talking Yourself
In fact, I was trash-talking myself on the regular. I was adamant that I was messing everything up, and that I wasn’t good enough to be running a business or managing a team. I thought that everyone hated me, and I wasn’t worthy of praise. How we talk to ourselves really matters, and it turns out I was talking to myself worse than I would any enemy. My solution to this was to work harder, to try and shut that voice down, but that was bringing on more burnout symptoms.

9. Experiencing Pessimism and Detachment
What starts off as negative self-talk can turn into pessimism and then detachment, as I learned well. I lost trust in people; I felt like something bad was always going to happen. I started to feel disconnected with everything in general, again, this was something I figured was part of who I was, that wasn’t going to change. I had no idea that this way of thinking was part of a bigger problem.

10. Lack of Inspiration
One of the worst symptoms, for someone who prides themselves in their creativity, was when I felt uninspired. I was bored. I couldn’t come up with anything creative; I couldn’t even write. As someone running a creative content agency, this was my worst nightmare. Every time I tried to innovate, I drew a blank. I had no idea this lack of inspiration was due to feeling mentally exhausted, but it certainly makes sense in hindsight.

11. Getting Addicted
As I had no inspiration and little energy, I quickly turned to things I thought would bring that back. My caffeine intake shot through the roof as I tried to bring back creativity and energy. Some people who are burning out may also get addicted to food, alcohol, coffee, or binge-watching Netflix. This, I later found out, is to numb the feelings and sense of detachment that comes with burnout.

12. Physical Illness
Finally, one of the biggest tell-tale signs for me was physical illnesses. It seemed as though I was getting a cold every other week. I always felt run-down and needed to take time off work to get better. As soon as I felt better, however, I threw myself into working 12-hour days. Eventually, I ended up seeing a doctor for high blood pressure and high cortisol levels—in my 20s!

It took a long time for me to realize that all of these symptoms were part of a larger problem; one that I needed to seek help for. If you went through this list thinking, “I do that. That’s me,” then perhaps it’s time to take a step back.

Take some time to be mindful of your thoughts and actions. If you see any of these behaviors creeping in, take note of them, and recognize what is happening. We can work together to beat the burnout. 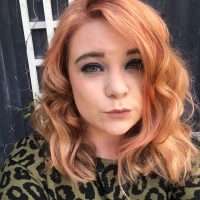 Bex Spiller is the founder of The Anti-Burnout Club, an anxious entrepreneur, and business writer specializing in business psychology, economics of wellbeing, and success. … Read full bio

How to Relentlessly Pursue our Well-Being to Avoid Total Burnout. 10 Simple Things to Do when you’re Burning Out. 6 Signs it’s not you, it’s your Burnout.
See relevant Elephant Video