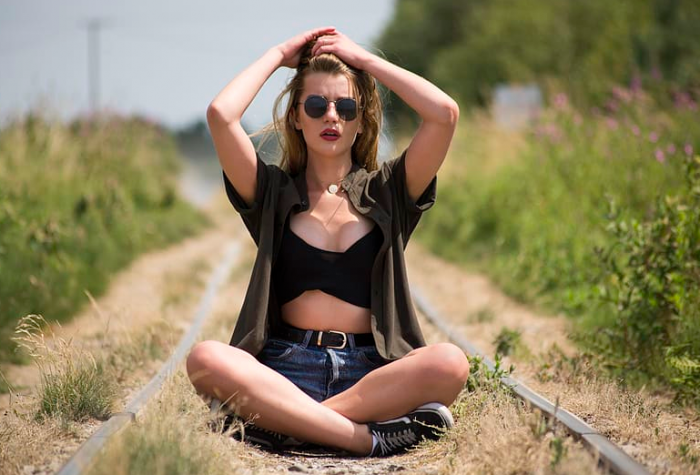 There is nothing more attractive in a woman to both men and other women than one who radiates confidence.

Let’s face it—dating a confident woman is sexy as hell and having a confident female friend can rub off on us when we need that added boost the most.

I like to think I’m fairly confident in most areas of my life, but I have my moments when I know I can do better. Luckily I’ve had great role models to learn from.

I’ve worked with amazing female bosses and colleagues, was birthed by a strong and confident mother who taught me grace, and have met a tribe of women throughout my life who have modeled how I want to show up in the world.

These are the qualities I’ve taken from all of them and hope to model for my own daughter as she grows up:

1. They don’t compare.
A woman who loves herself knows that comparison is the death of all joy. She acknowledges what other people have and rather than being jealous, she’s inspired and knows she can have it too if that’s what she wants. She doesn’t feel less than because she’s not where someone else might be in their own life. Instead, she’s focused on the present moment and enjoying where she’s at.

Her curly hair is just as beautiful as your iron-flat straight hair, and her curvy body is just as smoking hot as your petite size two frame. In her mind, there’s no reason to compare because she’s unique in her own right.

2. They trust themselves.
A confident woman may ask for your opinion, but she won’t let it sway her from what she knows is right for her. She trusts herself implicitly. There is no second-guessing herself or asking everyone from her third cousin to the Starbucks barista what she should do in any given situation. She knows she’s got this and can make decisions all on her own.

3. They don’t chase.
These women may chase their dreams, but they won’t chase friends, men, or other women. Their attitude is, “If they want to be with me, they’ll call.” If you don’t call, they won’t make it personal. They simply move on graciously.

In their humble opinion, there’s someone else out there for them who is a better match and when it comes to friends who don’t reciprocate what they give in a friendship, they’re okay letting the friendship go. Sure, it may sting a little, but they take it in stride and don’t bother chasing what they know isn’t meant for them.

4. They say no graciously.
Confident women aren’t people pleasers, so they’ve perfected the art of saying no. They’d rather under promise and over deliver. They don’t come across as b*tchy when they can’t do something; they just matter-of-factly state they’d love to be able to (fill in the blank), but they already have too much on their plate or it just isn’t something they’re interested in doing. These women will never flake on you. When they say yes to something, you can rest assured it’s because they actually want to and plan to show up.

6. They don’t dare try to fit in.
My six-year-old daughter embodies this quality more than anyone I know. Confident girls/women don’t feel the need to say, be, wear, or do what everyone else is doing. They wear what they’re comfortable in, they think outside the box and they don’t apologize for being a little different. If you question their choices, they won’t even blink. As my daughter says all the time, “Well, why should I do something that doesn’t feel like me?”

7. They celebrate other women.
One of my favorite quotes is, “Be the woman who fixes another woman’s crown without telling the world it was crooked” (Unknown). Yas, Queen! Confident women (and friends) cheer each other on, promote and support each other’s businesses, and celebrate each other’s accomplishments. They live the mantra, “There’s plenty of abundance in the world to go around,” so they applaud and support other women’s successes.

Besides, there’s nothing that makes them shine even more than to surround themselves with other women who inspire and motivate them.

Listen, none of us is confident 100 percent of the time. Sometimes, even I try to fit in so I’m not looked at as “weird” and occasionally I have that pang of jealousy when my life is in the sh*tter and a friend’s looks like it’s bordering on being perfect.

These are the traits of Incredibly Attractive People. The Sexiest Quality In Anyone. (Hint: It’s Not Confidence.) 9 Mindful Beauty Lessons to Empower Women at Any Age.
See relevant Elephant Video