How to Stop our Emotions from Ruining our Lives. 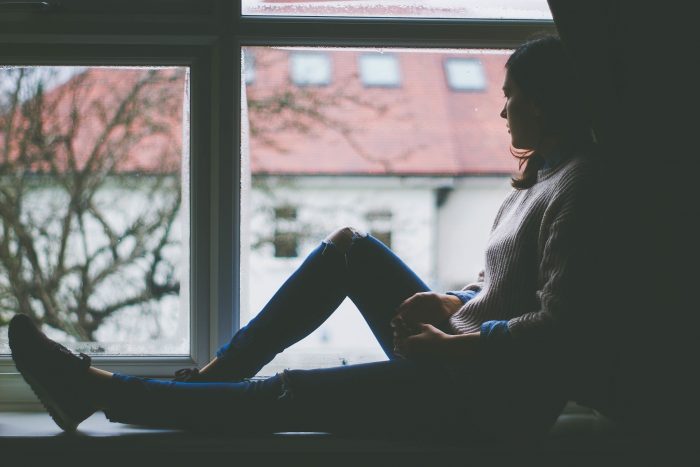 Emotions, if you let them, will ruin your life.

At the same time, emotions matter and they’re important.

The problem is when you give them enough importance to consume you. If you’re too emotional, you’re likely walking through your life an anxious wreck.

You aren’t in control—your emotions are.

You are at the mercy of whatever sets them off, which let’s be honest, could be anything.

Some of us are talented at handling certain emotions over others. Some people manage their anger marvelously, and don’t let the small things upset them. Others constantly trip over the small things and allow them to screw everything up.

Emotions have this nasty habit, if unmanaged, to spiral what could be good, productive days into shitty ones.

If we viewed emotions for what they truly are—messengers—we could uncomplicate the fuck out of them. It’s almost as if we starve the power they have by seeing them from a new perspective.

So, how do you go from volatile to zen master? Just kidding, you’ll be both and it will swing back and forth.

As humans, we fail more often than we succeed, but these are a few helpful guidelines:

When something feels painful, or we are hurt or rejected, our very first instinct is to suppress. It’s a natural defense mechanism because we are wired to avoid pain. The problem with this little survival method is that suppressed emotions build over time.

You now have this storage space in your heart that you are filling with all sorts of emotional crap you have chosen not to feel or deal with. Then one day, someone cuts in front of you in line at the grocery store and sends you into a tirade that scares even you.

Overreaction is a common side effect of suppression.

How then do we process and not suppress?

We sit with our feelings and we surrender to them.

If we’re happy, it’s easy; we just are. We can sit comfortably in that blissful state of emotion. We don’t want for anything, and we don’t crave anything.

It’s the emotions of shame, guilt, and sadness that we try to suppress. These are the emotions we have to learn to sit with, even if it’s uncomfortable as hell.

There are no negative emotions, only necessary emotions.

Every one of them serves a purpose—to alert us that something either needs to change or it doesn’t.

Emotions are also temporary. If you delve into why they are present, you are able to find solutions to either get out of that emotional state or in the case of happiness, just enjoy it a little while longer, until it inevitably passes.

Do you know someone who has the nickname snappy dragon? I do. She’s a kick-ass, wonderful human, but she struggles with anger and anxiety.

Nicknames stick because they’re based on a pattern of behavior that the people around you become familiar with and associate with you.

Snapping is a sign of reacting and not responding. A snappy person is already in a heightened emotional state (of anger) and anything you come at them with they will respond in accordance with their unmanaged emotions.

The same applies to other emotions. That’s why if someone is sad and they haven’t processed it or they are not aware of how their emotions are leading them, they will react in sadness.

This is how emotions make our world go round and how they can spin out of control when not properly processed and managed.

Reacting can lead to mistakes and regret, if they dictate our behavior and we end up hurting others.

When we respond, we are open to communication.

If we are triggered, we need to breathe and tell someone that, in that moment, we need space and time. Not everything is in dire need of our immediate and undivided attention.

Anger that is felt after a breakup is probably the best example of how people channel their uncomfortable emotions into something healthy. At first, hearts are broken, and then the time for processing (not suppression) arrives, which usually involves tons of carbs and self-pity.

For some codependent individuals suppressing their emotions, it involves jumping head first into another relationship which then ends the same way it always does—the vicious cycle continues.

But, for those who take the time to get over a break up, they channel that anger into self-care and the pursuit of happiness. Ironically, some even start with the mindset of revenge, “They’ll see how well I’m doing without them.”

Eventually just bettering themselves becomes a reward and those initial, maybe unenlightened motivations, become far less important, however necessary they were for change.

You are going to fuck up managing the incredible range of human emotions. How you deal with those fuck ups will reveal how well or how poorly you are managing your emotions.

Forgiveness, the kind that comes from the depth of the soul and not the Hallmark card kind of forgiveness, is a beneficial way to detach from those uncomfortable emotions.

If you don’t forgive yourself and your mistakes, you’ll carry them with you and there’s a term for that: emotional baggage.

Remind yourself that you are human, and that perfection exists only as an illusion of control.

Mess up, make mistakes, just make sure you are messing up and making mistakes better than you did the last time.

5 Attributes of Emotionally Intelligent People. A Mindful way to Manage our Negative Emotions. Emotional Muscle Memory: why we Get Triggered & how to Stop.
See relevant Elephant Video