Why the Fascism This Time Will Fail. 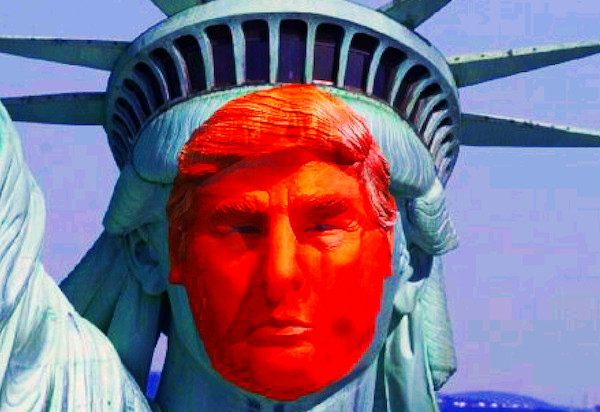 Fascists had a tendency to overreach, not least in their failure to distinguish fact from fiction; but sustaining the fiction will be harder in the information age.

This article is an excerpt from the newly released, The Fascism This Time; and the Global Future of Democracy.

Karl Marx once noted that all great historical events repeat themselves, only the first time as tragedy, the second as farce.

Trump is to Hitler as Groucho was to Karl, and Bolsonaro, Duterte, Assad, and Netanyahu do not fare much better.

Early 20th-century fascism channeled the restless energies of newly formed nations, which had just lost big in the First World War. It sought to break the gridlock of unstable and corrupt democracies through the iron-hand of an authoritarian strongman. And it sought through force to fend off the communist menace. It moved to the rhythms of the industrial age, and subsumed individuals to a greater social machine. In this sense, it was a product of its time.

But wherever right-wing populists seek to strengthen the nation through racist exclusion and militarist expansion; wherever leaders and followers fuse themselves in an unconscious effort to bolster their flailing sense of self-importance; wherever an assault on democratic institutions comes coupled with a cult of personality and the denigration of women—we see the hand of fascism at work. It is a protean creed, whose doctrines dress in drag to elude detection, but its structure is much the same everywhere.

Fascism made its debut in Italy toward the close of the First World War, under the steely-eyed leadership of Benito Mussolini. Italy was a young nation, but a half-century old. Its institutions were weak, its democratic parliament riven with conflict. Its national identity was unformed, its youth spent in the shadow of great empires. Italian fascists drew from a class of educated and elite nationalists and looked to the future. They were known for their flamboyant but sharp sense of style, and for doing cocaine and beating up their political opponents.

German fascists were also young and forward-looking, fusing an unruly use of extralegal violence with the façade of traditional patriarchy. They frightened elites but comforted the middle class with the illusion of order. And much as in Italy, conservative elites welcomed their vigor in the fight to restore the monarchy.

Looking back, we tend to imagine Hitler’s actions as springing from programmatic discipline. However, the historian Richard J. Evans emphasizes in his Coming of the Third Reich that Hitler had no program except to make Germany great again—and he lied constantly. Never underestimate the power of reification, the concretization of abstract ideas, which mistakes the fictions of our minds for the facts of existence.

If Trump appears more the flaccid, old clown than the vigorous fascist youth, perhaps it is because he is applying old answers to new challenges. Racist nationalism may find a following in a teeming global village, but its program is impotent because it has languished too long in fantasy. Whereas Trumpist fascism wears its absurdities on its sleeve, the first fascists were able to maintain the illusion of strength. The illusion was sustained through radio, whose hypnotic messages could be spread en masse to tens of millions of people at a time.

Trumpist fascism uses the same outlandish propaganda, but it does so in the information age, where every pronouncement is scrutinized by millions of commenters. If Trump seems more the clown than Hitler, perhaps it is the ease with which the emperor can be stripped naked and his purposes turned inside out.

And therein lies the rub: right-wing populism may be every bit as fascist this time around as last, but its bad faith is so obvious as to make it look comic. And the comedy embedded in the membranes of this tragedy is so apparent it has become a rather macabre source of entertainment.

This may seem a far cry from the iron will of a Hitler or Mussolini, and yet fascism was always a distraction from reality. It substituted myths of greatness for economic programs, ethnic scapegoats for policy analysis, showmanship for leadership, bold decrees for moral fortitude. It was in its drift into fantasy that fascism would meet its demise. Fascists had a tendency to overreach, not least in their failure to distinguish fact from fiction, but sustaining the fiction will be harder in the information age.

Trump’s supporters will never be able to lend him the same allegiance as the original fascists did their leaders, if only because his ruses will be constantly exposed. Hence, their allegiance will remain lazy and provisional, with his biggest supporters avoiding open confrontation, lest they be laughed off the face of the earth. In the end, Trump will fall like so many tyrants before him—and he will almost certainly do so faster. The only question that remains is how much damage he will do in the meantime.

Fascist movements can be identified by their toxic brew of populism, nationalism, militarism, and authoritarianism. But their most worrisome trait lies in the aggression they mobilize against outsiders. Fascist movements are organized around charismatic leaders, whose loyal and aggressive followers scapegoat minorities and shut down dissent, enforcing a conformity that is gradually extended from movement to party, from party to polity. It is a disease that rots the social fabric through the mind-numbing repetition of meaningless pronouncements.

Fascist movements are often characterized as conservative or populist, but this overlooks their regressive nihilism. Fascist movements are dangerous because they harness nationalist aggression against outsiders, but their greater danger may lie in their turn against reality. Fascist movements reject science and rationality because they are experienced as a threat, but since the world cannot be turned off, they try to tear it down instead. The impulse is at one and the same time nihilistic and socially regressive. Fascists seek to go back to a more bounded set of conventions, but their developmental retrenchment is doomed to fail. It all looks a bit like grown men trying to repeat what they missed in elementary school.

Yet, fascism can also appear simply evil, for the nihilism it mobilizes tends to culminate in genocide. And when fascism goes global, it threatens not simply vulnerable minorities, but the world itself, whose vast complexity, and the life it sustains, remain incomprehensible, to narrow and contracted minds, living out a regressive fantasy of omnipotence.

These forces are globally pervasive and show little likelihood of abatement. Together, they challenge people across the globe to make sense of a vastly more complex and overwhelming world than the one into which they were socialized, whose challenges must be confronted if human civilization is to flourish.

If the fascism of the 20th century was about young nations coming together and defining their place in the world, the fascism this time is about shutting down the show. Information overload inundates us with complexity. Immigration transforms us into a Babel of differences. Inequality pushes most everyone to the margins. And globalization makes it next to impossible to resist.

Together these forces constitute a seemingly unstoppable juggernaut. The first fascists experienced just such a juggernaut in modernity, the fascists this time in postmodernity. But in both instances, they have sought to counter progress with their own unstoppable march, and the danger is that they will have the momentum of history on their side this time and destroy every democratic institution standing in their path.

This is how Fascism Comes to America. The Spirit of Democracy Can Save This Country. Why Genocide is Exploding in the Age of Trump.
See relevant Elephant Video