Yoga Alliance: Is it a True Ally?—a Closer Look. 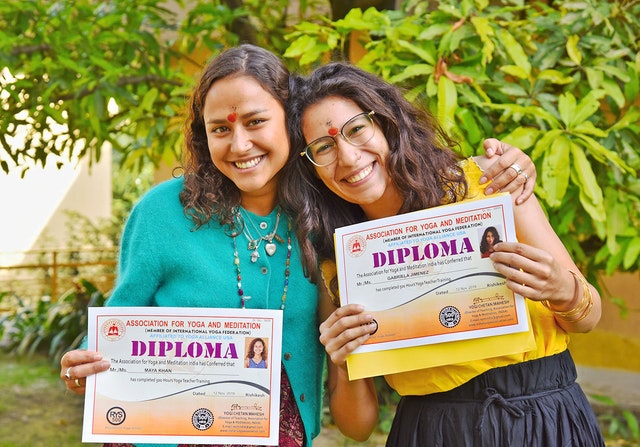 A well-versed yoga practitioner understands that yoga is not only about turning and twisting bodies, but going beyond the physical dimensions of life as we know it.

So when I completed my yoga teacher training, I was beyond thrilled to accomplish a feat that I always aspired for. My purpose for yoga teacher training was humble and simple—to pass the wisdom to future generations, starting at home with my children. As a logical next step, I went on to register myself as a yoga teacher on the Yoga Alliance (YA) site, which is a United States-based nonprofit largest registry of yoga teachers and schools.

I gathered that having a logo of Yoga Alliance on one’s resume is no less than admission into an Ivy League for yogis. But, I did want to know more about the organisation, which led to the writing of this article at a time when COVID is rampaging across the nation and playing a number on small businesses, including the yoga studios.

Let’s start by looking into what YA is.

Next, what YA is not.

YA does not provide any certification or accredit any teachers or schools. YA also does not implement teaching competency or enforce standards. In other words, graduating from a registered yoga school (RYS) does not ensure that the trained teacher has achieved any standard of competency, or that the RYS has followed teaching standards.

The criteria to be accepted to YA is the payment of fees and submission of paperwork. The same applies to the designations (E-RYT 200, RYT 500, E-RYT 500), which are dependent upon self-based reporting of learning hours. We do want to believe that a trainee would report accurate learning hours but an anomaly does exist for someone who just might not input the numbers accurately. It also leads to the concern that on a platform like YA, it becomes challenging to identify a highly qualified and distinguished teacher from others.

A vital question arises—who is upholding any competency standards?

A look into the history and purpose of YA tells us that YA has long advocated for and fought successfully in many states to keep yoga from being another vocational training program. Thus, yoga is not a government-regulated skill, and yoga studios do not have to pay any licensing fees to operate. However, this also implies that since yoga is not a government-regulated skill, YA does not have to specify or uphold any competency standards, leaving the level of competency as the responsibility of both the trainer and the trainee to uphold.

To add a quick note—a common misconception new yoga teachers have is that to get liability insurance, one has to be registered with YA. Since YA is not an upholder of teaching competency and training standards, a teacher does not have to worry about getting registered with them to get insurance.

Another relevant question we may want to ask is: How has YA supported the yoga community during the stressful time of COVID? Here are some things they mention on their website, including a COVID-19 Resources site where one can learn more about transitioning to online from the in-person studio; a form to “share your story” on how COVID has impacted one’s business with policymakers, in an attempt to include yoga businesses in the CARE act; YA offered a membership renewal extension for members in need where one could delay the payment of membership dues by up to three months. However, this renewal extension did not include renewals coming up after June 30. YA encourages to contact them here.

The above measures are in place to support the yoga community. At the same time, one cannot help but ponder on the fact that YA can come across as hypocritical to the policymakers and yogis by encouraging its members to appeal for a government subsidy when from its inception, YA has advocated against government participations.

Additionally, it is somewhat disappointing to see that there is little to no respite in the costs for continuing online education courses that average anywhere from $200 to $500. Last checked, YA had 7,830 RYSs and 89,634 RYTs in the U.S., which means they receive more than eight million dollars in annual dues. We can only speculate how that money gets allocated and spent. Still, given the nature of YA as a nonprofit association, disclosure of funds earned and donated to support the vast yoga community should be a standard plea.

Joining YA or any other organisation is a personal preference, but hopefully, the information provided helps in making an educated choice. And if considering an alternative, then there is the International Yoga Federation (IYF) with millions of yoga teachers and practitioners, as well as 90,000 yoga centres under their registry.

One can also look into getting certified in an existing certification program such as Iyengar, International Association of Yoga Therapists. It would be worthwhile to consider creating a patent program and verifying it for the teachers graduating from one’s school. There is also the National Association of Certified Yoga Teachers (NACYT) that offers a free national registry for certified yoga teachers of all traditions.

Carrying forward the traditional yoga style and aligning with its wisdom and higher purpose—as a tool to raise our consciousness and sharpen our perception—is paramount, and is our responsibility, rather than to depend on a third-party organization. This often tends to dilute and compromise the traditional lineage and essence of the practice due to commercialization and commodification.

Thus, the decision to join any third-party organisation or not should be based on how an organisation realises the goal of furthering the true essence of yoga.

May the above words help anyone who wants to take a close look and understand the general and specific role of Yoga Alliance during the extraordinary times of pandemic.

Why I Boycott Yoga Journal (& think you should too). Yoga Alliance & IAYT: Are They Worth It? ~ Kirstie Segarra
See relevant Elephant Video