Dear Americans: Vote Responsibly because it Will Affect All of Us. 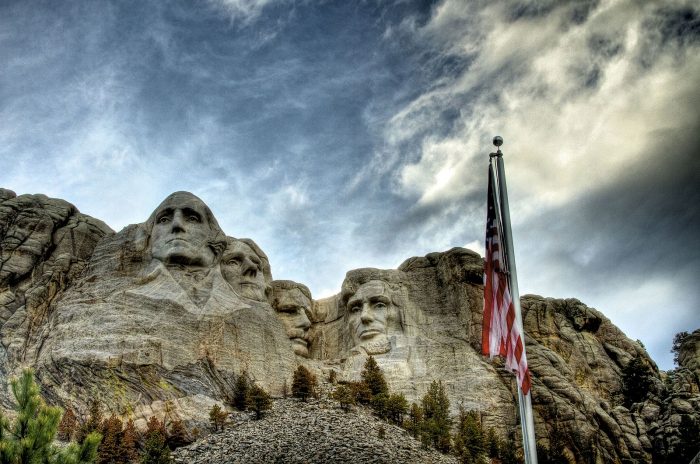 “But what is government itself but the greatest of all reflections on human nature?” ~ James Madison

Believe it or not, for someone living in the Middle East, I am anxious about the American elections more than ever.

I recently read a book about American history, and I was so inspired by the details of the drafting of the constitution.

I wondered if the America I read about was the same one as today? How long has it been since a “Founding Father” figure was in charge? Where have all the Hamiltons, Jeffersons, Madisons, Franklins, Adams, and Washingtons gone?

Those men were wise, conscious, and knowledgeable. They foresaw the future of their country in a mindful and careful way. They had visions, dreams, enthusiasm, and the energy needed for a real change.

These men weren’t afraid to get their hands dirty, and they didn’t have hundreds of secretaries to write for them. Almost single-handed, James Madison wrote the model for the constitution.

It is quite impressive to know that this enduring document is not only still providing—more than 200 years later—the fundamental laws and the basis for political and economic stability of one of the biggest nations in the world, but it has also inspired the rest of the world to seek freedom and democracy.

Despite the difficulty of drafting a supreme law to govern diverse people—which created a later need for the Bill of Rights—the outcome was remarkable.

Moreover, Thomas Jefferson who was the main author of the Declaration of Independence, was only 33 years old when Congress approved the final text of the Declaration on the 4th of July, 1776. Nowadays, how many of us in our 30s can say that we have the wisdom, the consciousness, and the maturity needed to be part of something that might leave its imprints for many years to come?

The former presidents’ humbleness should be a lesson to many. It struck me to find out that when George Washington was unanimously elected as president, he hesitantly accepted the honor saying that he might not be the man for the job, as he thought he was lacking of qualifications.

It reminds me that only a fool knows and claims that he is sure of everything. Although being a former officer and an impressive figure, Washington was more than fit to be the commander in chief.

I still recall how amazed I was when I learned about Benjamin Franklin. It was almost unbelievable to see a scientist, an inventor, and a writer becoming a diplomat—a good one. Franklin was an autodidact with no formal education beyond the age of 10 when he started working as a printer.

However, being an avid reader, Franklin was able to establish himself as one of the most prominent figures of all time. This kind of education cannot be bought or faked. Maybe if we start having more Franklins in today’s governments, we might have a chance to save whatever is left of today’s world.

These are the real American patriots that today’s American youth should look up to. These are the ones who drafted a constitution that changed the entire political system in the world. Whether we like it or not, the United States of America is a force on the international scene and has a say in everything that’s going on our planet. That said, having a conscious generation of youth will not affect only Americans but every living soul in the world as we know it.

Whether Americans know it or not, people around the world look up to them and are, one way or the other, inspired by their culture and lifestyle and affected by their politics.

With this kind of power comes a huge responsibility.

As Shakespeare puts it:

“Heavy is the head that wears the crown.”

Stop Voting For The Lesser Of Two Evils And Start Voting For Your Morals And Values. (OPINION) Why Voting Matters Now more than Ever. I’m a Democrat—& I’ll be Voting for Trump in November.
See relevant Elephant Video