I’m a Democrat—& I’ll be Voting for Trump in November. 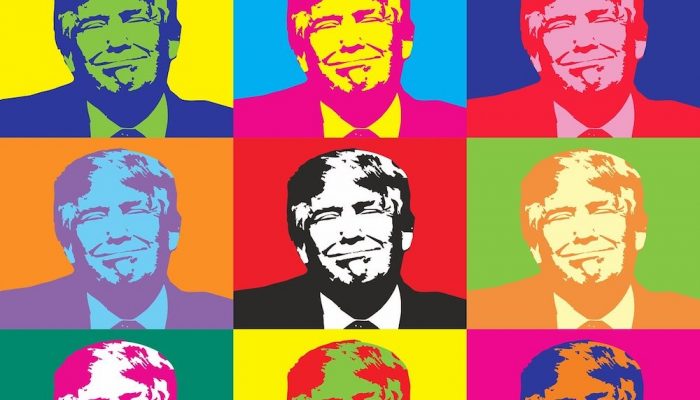 I will be voting for Donald J. Trump in November—and here is why.

I have just about had enough.

I simply do not understand why everyone has purposely ignored and denied the politics style that plagued our nation three years ago and has not adapted to defeat it and bring back some resemblance of sanity.

What the hell is going on? We have a president who blatantly lies, insults, makes false statements, knows absolutely nothing about policy, doesn’t even know where Missouri is, can’t read, can’t write, is not eloquent, is not intelligent, is not friendly, openly has committed crimes, is an adulterer, has no moral compass, no values, despises his own followers, is a cheater and kind of a gangster, threatens people openly, intimidates—and Democrats think they can defeat him with Medicaid For All or by wiping the student debt!

This would be like challenging a bully at school to a spelling bee; it would not stop his intimidation and abuse. What is wrong with Democrats? How are they so blind to the facts of today? Do they not remember the slaughter that Donald Trump made of the Republican primaries, the debates, and the election? He stomped on his own people, accused folks of murdering Kennedy, invited Russia to interfere in the elections on national TV, humiliated women and minorities in public, belittled Marco Rubio and Jeb Bush and Ted Cruz and then made them bow to him as his subjects—and now he is fully ready to do the same exact thing to Bernie Sanders or Joe Biden or Elizabeth Warren—or any of them.

His strategy is “deny, deny, deny” and make it the accuser’s problem. Never admit to any wrongdoing, and when things get too hot, start an absurd controversy like kneeling during the national anthem, or purchasing Greenland or serving Big Macs in the White House to a champion team. That is what he does—and he does it flawlessly.

His ego and his narcissism are so enormous he doesn’t even know he is doing it; it is in his being. His fiber and his DNA are narcissism. His blood and every cell are narcissism. And Democrats call witnesses and hold meetings and create resolutions and complain about drug prices. Who gives a f*cking sh*t?! None of that matters! Those things will get done by default sooner or later when Congress wants to make things look good right before another pay raise or extended vacation.

But the problem is now: the bully has taken over the principal’s office and no one sees the only way to defeat this threat to our country that lives on the coattails of Obama and took credit for the momentum Obama created with our economy. It took Obama seven years of intelligent legislative and political maneuvering to fix the mess that 2008 brought along—and once it worked, he had to leave and Trump stepped into a healthy economy so that all he has to do is water once in a while to keep it growing.

He befriends dictators and insults our allies, threatens the media, wipes his ass with the Constitution every day, and has purposely destroyed everything Obama did, just out of spite proving his disdain for anything Obama and his massive racism.

And the Democrats talk about emissions in California and the minimum wage while the world watches “the greatest country on Earth” being manipulated and ridiculed by such an unqualified person who cages children like animals and hates Muslims—unless they are the “Saudi Arabia” kind.

Not one person has gone after him like this, and in the meantime, he gains steam and speed and he will pummel the Democrats in November—probably take back the house and then watch out, you haven’t seen him destroy nothing yet.

The Democrats have mishandled the last four years so massively. Instead of focusing solely on winning back the Senate, keeping the House—which they won so overwhelmingly in 2018—and leaving the presidency alone until 2024, they placed all of their effort on claims and accusations that fall right off Trump’s feathers and give him ammunition to claim he is being harassed. They botched the Mueller report and the impeachment, they didn’t keep hammering the point about why everyone in Trump’s circle is a criminal or a liar, how he said “he only hires the best people” yet he can’t keep a team together, how he is enriching his businesses beyond belief at the expense of his office. The Democrats just can’t think strategically. Nancy Pelosi, Chuck Schumer, and Joe Biden’s style of politics no longer works. They are working with DOS; Trump is working with iOS.

So, I am staying out of it, but I will vote for Trump in November to protest the lack of leadership and the stupidity of the Democrats—and maybe, after Trump goes crazy when he is fully in charge with a full congress to back him up, the Democrats still going after him for crimes he thinks are perfectly fine and massive damage has been caused—maybe then they will have some urgency when they have to fix our entire country again. 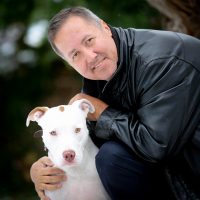 Guillermo Quijano has written his whole life as a way to understand his shortcomings, his past, and mostly to deal with life’s challenges and heartaches. But also to gro… Read full bio

Should we require Mental Health Screenings for Presidential Candidates? The Best Advice ever from the Dalai Lama about Trump. Why I Voted for Trump.
See relevant Elephant Video