How to Breathe when the World is on Fire. 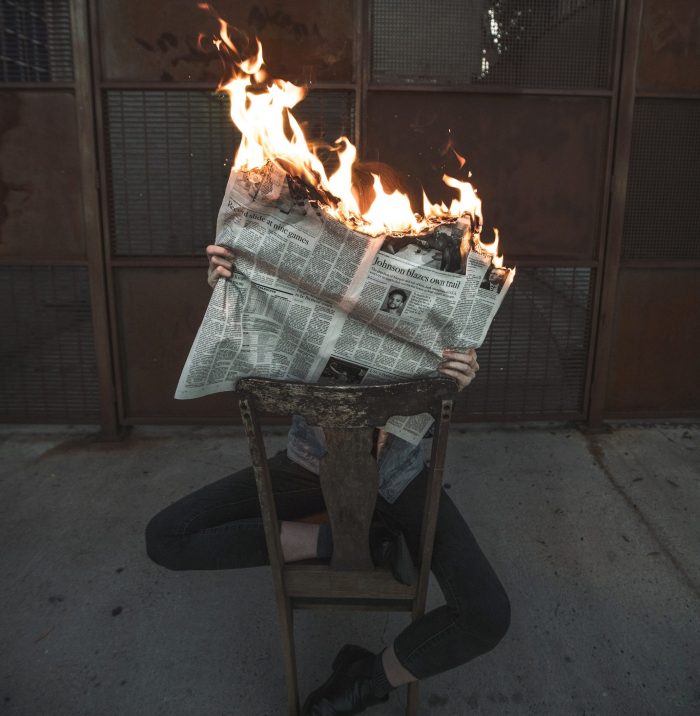 “Our house is still on fire. Your inaction is fueling the flames by the hour.” ~ Greta Thunberg, Davos speech
~

The beginning of 2020 has become, in some ways, a distant fog.

I remember sinking into grief from day one, descending like a rock thrown into the ocean. Australia was on fire and the fires were consuming a small kangaroo rescue I loved. I was on the West Coast, so far away from the house of Australia. But the flames flickered and roared across the world, igniting my house, too, in thunderous grief.

I remember images of koalas with singed fur in blackened landscapes; a horse walking through a scorched forest; dead kangaroos, lifeless on the ground or frozen in mid-escape; surviving animals with raw, pink hands and feet.

I remember wailing like my insides were being torn apart.

I had already tasted the grief of wildfires that were not so much “wild” as prophetic glimmers of what was to come if our world did not actively face the terrifying reality of our climate crisis. In my historically temperate part of the world, our summers had become ones of haze and smoke, at least for a month at a time. I never saw these fires myself; they were far enough away. But they burned fear, anxiety, and anguish through me.

I knew who and what we were losing in these fires, irreplaceably: forests, habitats, wild animals, birds, reptiles, amphibians. And also: human beings, homes, communities, businesses, farms, pets and domestic animals. I grieved for all, but especially the losses inflicted on those who are the most innocent in all of this—the wild ones. They are entirely at the mercy of our choices, our consumption, our policies, our inaction.

Human-made homes are easier to replace than ecosystems.

Where do the deer, the bears, the rabbits, the foxes, and the wolves go when their homes have been consumed by fire? Who will help them rebuild? Who will house and feed them, tend to their wounds? Only we humans have the power to either destroy or restore a livable climate for all of us.

Now, nine months into a year that has brought hell on Earth for so many of us, I’m watching new flames consume my beloved West Coast. Except I’m now on the other side of the country. I couldn’t feel more far away. Even Australia felt closer than this.

Here I am—breathing clean, crisp air and getting caught up in rainstorms—while millions of people and animals are in the path of fire, forests and entire towns are being swallowed in flames, and smoke blots out the sun across multiple states.

While a pandemic still forces isolation and masks, and toxic air forces people to remain indoors in sweltering heat with windows closed. While those who are unhoused continue to breathe fire in their lungs outdoors, and those who are poor have no air conditioning or respite from the heat indoors.

While the words of George Floyd are still ringing in my ears, “I can’t breathe,” and police officers are still murdering Black and Brown folks.

I have the privilege of unobstructed breath, and still, I struggle to breathe beneath this weight. How much more so, for those who are in the thick of it all?

How do we keep breathing in a world that is literally, environmentally, politically, systemically, economically, and medically on fire?

The air everywhere, particularly here in the United States, is choking us all.

It’s tempting to make a bulleted list here—“Three things we can all do to keep breathing!” or some such title—but truthfully, this feels like horse sh*t right now.

I think the only thing I can really offer is something I read in a Facebook post the other day about water and hope:

“I was thinking last night how lately, holding on to hope and optimism feels like carrying a pail of water. A friend wrote something, full of confidence in the fact that better days were to come, and I felt so thankful that she was doing the work of carrying that bucket for us right then.

I started picturing the water walkers, and how they go so far and pass the pail of water from one walker to the next. They go so much farther than any one of them could go alone. Distances that would seem impossible for one woman.

That’s what it feels like right now. None of us can handle walking all that distance, carrying this precious cargo. So each day one of us has to do it. If we all shut down at once, we lose that bit of hope forever.” ~ Ashley Fairbanks

The other thing I can offer—nothing original, though it could be revolutionary nonetheless—is the ongoing call to vote in November.

Vote as if your own house were on fire, which of course, it is. Vote in a way that not only douses these flames with water, but also in a way that prevents future fires.

Vote for breathable air, for forests, for fossil fuels remaining in the ground, for the protection of national treasures.

Vote beyond what you can see, beyond what will impact you directly, for the kind of world you’d like to leave behind.

Vote for the ones who can’t come to the polls, human or other.

Breathe in the grief, breathe out the despair, and keep picking up your pail of water on the days you can to pass hope down the line.

Maybe if we do these small things with courageous hope, we all can keep breathing.

As California Burns, I, too, am on Fire. {Poetry} Forget Asteroids—This could Cause the Total Annihilation of Humans.
See relevant Elephant Video