It’s not Easy: My Personal Ode to Lyme Disease. 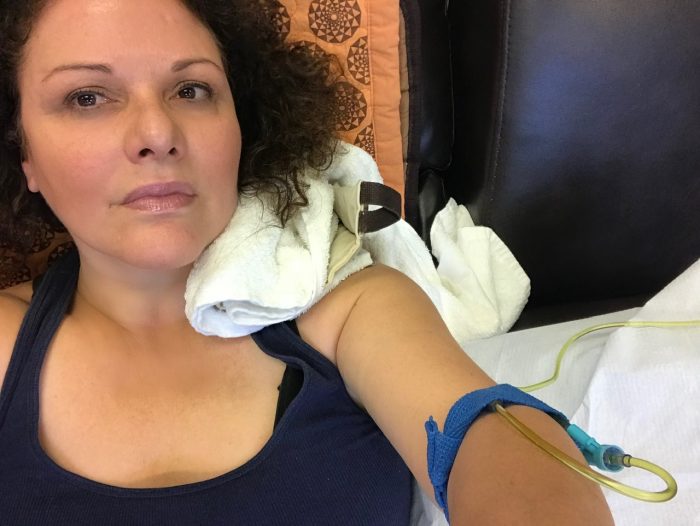 What’s so hard about Lyme disease is that it stays with us for many years.

It becomes entangled with our essence, who we are, and our total physical health, regardless if it relates to Lyme disease or not—our relationships with our family, friends, children, and our job.

I was talking to a friend today, and I told her that when you have Lyme disease, you’re always on edge and wondering if any day the bottom drops out.

Will I be able to support myself financially? Will I be able to show up for my children as a parent and a provider? Will I have my mental faculties so I can do my job, balance my checkbook, learn new things, and make decisions? Will it ever get better? Will I ever have the energy I need to get everything done on my tasks list?

Every day, the items just spill over until the next day—I am always living in a state of having things undone, incomplete, and substandard to the point of exile.

I get a glimpse of what and who I used to be—a ghost from my past. I keep trying to reach out to her, to touch her, and to glean from her strengths, her beauty, and her power. But somehow, she is just out of reach and moaning in the mists.

She is reaching out to me with hands so gray and asking me to pull her into the present moment. But I’m too weak to pull her forward. I can only grab her hand gently and let her know that I’m still here—I haven’t forgotten about her. She misses me and sobs, and I miss her, too—we grieve together.

And then enter the dragons. The symptoms of new illnesses that may not be related to Lyme. Is this something different, I hope? Maybe this is what it’s been all along. Maybe I’ve had fibromyalgia, gallbladder issues, depression, leaky gut, insomnia, brain fog, or chemical toxicity. I hope, and then I dread.

I don’t want to take on another thing, but at the same time, wouldn’t it be nice if this was all? Then the battle begins again.

Do I fight to pull that strong goddess from my past into the present? Will she somehow fight my battles for me and reign supreme as the beacon of my life? Or do I fight this other disease that I think I might have that isn’t Lyme? Maybe then we could pull us out of this nightmare because I can treat this, right?

But Lyme is so cunning and insidious—it moves, it shakes, and it rattles in the night. It’s here, and then it’s there. You think you have a grasp on it, but it transforms and morphs into something else. And just when you think you have your life back, it shows up like a black groaning mist in the night and reminds you that you are still in its grasp and power.

And so I cower.

Which one do I feed? The goddess in me or the current Lyme antidote that might put my Lyme in remission for good this time? Or maybe it’s this other thing that’s so unbelievably treatable?

There has been data and peer-reviewed literature, and the CDC condones this treatment. My insurance will cover it, right? I’ll be okay!

I hope this is what has been all along because I’m sure as f*ck don’t want to have Lyme disease. Then I won’t be the forgotten one, the leper stuck on an island of misfit toys and shunned by society and the medical community—stuck together, moaning, groaning, and wishing for redemption, but all we get is abandonment and suffering.

And so the battle wears on. Somewhere in the mists of the future, I hope that I can meet the goddess in me again and know somehow that we have finally won the battle.

Onto the peaceful, serene purple mists, we can walk together holding hands. We breathe in—finally—and then breathe out; long relaxing breaths. And our purple and white, long flowing gowns shuffle with white sparkles from the garden fairies, and we walk in the moonlight, smiling and knowing that since we finally won our battle, we can return to the glowing dawn and the blissfulness from whence we came from.

Because of the simplicity and the beauty of just that, all of our sisters and brothers are free from this disease at the same time.

We forget about this bad reign that we’ve had. That’s for angels to gather up, take to the light, and transmute it so it will be dissolved forever and always into the nothingness to whence it came—and I’ll not remember.

Only love is real, right? That thought gives me hope and a bright brave spark that spits at Lyme and fear and says, “I’m taking my body back. I’m taking my life back. You are insignificant and dead. You’re gone, gone, gone.”

If a person doesn’t know they’ve been bitten, and they don’t get treated right away (with three weeks of antibiotics), the bacteria delves deep into the body system to stay indefinitely. Then it becomes nearly impossible to treat and get rid of. Sometimes, symptoms don’t show up for years, so a person may not know they’ve been infected.

Without immediate antibiotics, Borriela’s corkscrew-like bacteria delves into the tissues, the brain, the eyes, the heart, the gut, the muscles, and the joints. Ticks can be as small as poppy seeds, so it’s difficult to detect a bite, and only 50 percent of patients get the hallmark bull’s-eye rash.

Lyme disease is known as the great imitator. So symptoms are often misdiagnosed for other diseases, leaving the disease largely untreated as the patient becomes increasingly ill.

Lyme disease is not just contracted on the East Coast. It has has been detected in every state in the union. The CDC predicts there will be 300,000 new cases of Lyme disease per year, deeming it the fastest growing vector-borne disease in the United States. 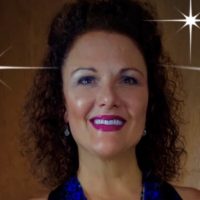 Shelley Bruski is a new voice writing about the ironies of life, thriving in the midst of chronic illness, relationships, and food. She recently moved back to her home state o… Read full bio