How this One Foundation is Leading the Way for a Mental Health Revolution. 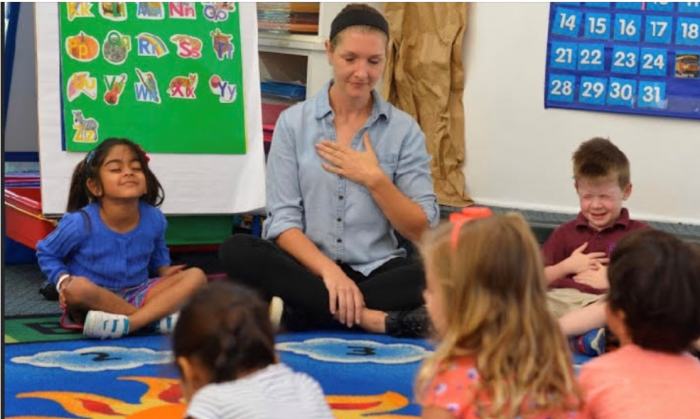 If you decided to attend a symphony, but picked and chose what instruments you liked, it would be extraordinarily difficult to appreciate the entire experience for what it is.

How on earth are you supposed to hear the full glory of Beethoven if you don’t like the sound of the bassoon or the clarinet or the trumpet? They all come together in order to create the type of beauty that Beethoven worked so hard to harmonize.

Daniel Cordaro, CEO and founder of The Contentment Foundation, used this poetic metaphor to illuminate the topic of contentment—something he has studied for the past 11 years.

“When we start preferring certain emotions to others, we lose valuable data on how we’re experiencing the world,” he said.

Sadly, in this society, the emotions we prefer (like happiness) are unsustainable and the ones we choose to ignore are those that provide the type of feedback we genuinely need to live a wholesome life.

The pattern of  “the high vibes” culture, which neglects emotions like sadness, anger, and jealousy, doesn’t capture what it means to be fully human. We cry. We laugh. We dance. We grieve. All of these encompass the human experience and they deserve an equal amount of attention.

Here’s where contentment comes in, and where it is so useful because it is, as Cordaro explained, “The container in which we experience all emotions.”

When Cordaro put it like this, I wondered why I had simply thought of contentment as a state of mind at ease. While this sounds relatively pleasant, and while it is not entirely wrong, it simply cannot encompass contentment the way Cordaro was explaining.

As it turns out, contentment is the eye of the hurricane—the center of the experience where the greatest leaders, like Gandhi, made their most effective decisions.

Being the center of the experience, it understands experience in a way that is astonishingly intimate. Thus allowing people who are content to make the best possible decisions based on the situation at hand.

Cordaro used the example of a master chess player to make his point.

“The real chess masters will look at a board, analyze how the chess pieces are in the moment, and make the best possible move given the layout of the board. And they do this over and over again until they eventually win.”

I loved the example Cordaro used here because it is an active one. For there is a somewhat misguided idea of contentment being an idle state of mind—one that is detached from the world and all emotions.

According to ancient wisdom, it has nothing to do with detachment, meekness, and allowing injustice to fly. On the contrary, a truly content human being does not ignore a single emotion—which means they are superheroes. For when you do not ignore anything, there is a greater capacity to understand everything inside and around you.

Gandhi is a perfect example of this. He dismantled the structures of injustice imposed on India because he was, quite literally, the change he wished to see in the world. While he may have seemed to be quiet and gentle from the outside (I am now picturing that legendary photo of him and the spinning wheel), there was undoubtedly a force within that allowed him to rebel intelligently. Where there was peace, there was also fire.

Here is the true beauty of what I’m trying to get at—contentment is extraordinarily dynamic.

It is the tool to understand the entirety of our human experience.

Thanks to the Contentment Foundation, children and teachers are being taught the choreography of well-being.

Using the four pillars of well-being—mindfulness, self-curiosity, community, and contentment, The Contentment Foundation instills curricula that are rigorous, evidence-based, flexible, and fun.

With this comes a lot of fantastic results, of course, but one story Cordaro shared with me about a five-year-old at the Corbett Preparatory School—which has been implementing their curriculum—summed it up perfectly.

After his father received a business call that put him over the edge and forced him to react in a less than satisfactory way, the child tugged on his dad’s shirt and said, “Dad, let’s take a few mindful breaths together.”

Imagine that: the five-year-old teaching his father about mindfulness, about the correct way to respond to an unfortunate situation. As humbling as that may have been for the father, I say, it’s about time.

It’s about time we pay attention to the foundation of ourselves before we try to change the world.

It’s about time that children, teachers, and parents alike are given the power to connect with difficult emotions so that they can have difficult conversations about race, gender, equality, politics, and injustice.

It’s about time that children are taught about their direct experience of the world before they decide to dabble in concepts and ideas that will be left in the dust by the time they graduate.

Contentment stays with us; knowledge comes and goes.

Even if this means that the relationship between the adult and student has to change, so be it. It’s about time we pay attention to the absolute genius of children. As Cordaro mentioned, “They’re able to delve deeply into their emotions in ways many adults have forgotten and may need to relearn.”

To finish off this article, I want to give thanks to The Contentment Foundation for leading the way at the start of the mental health revolution.

They are an organization I simply could not find a fault in. The people working for them are as thorough in their execution as they are kind in their hearts. Their team has ensured that the often falsely glamorized idea of well-being is philosophically, scientifically, and practically approached.

As a critical-minded individual, I tried my absolute best to find a blind spot, but simply couldn’t. From the colors on their online platform to their well-being assessment and analytics, there is flawlessness about it all that reminds one of a Shakespearian sonnet. 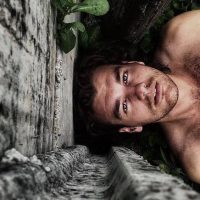 Preston Bryant first came across spirituality at the age of 21 after having a mystical experience that changed the course of his life. After a few years of rapid transformatio… Read full bio

How Emotions are Stored in our Bodies. The World is not Kind to people with Big Emotions. 5 Stages of Mindful Decision-Making in the Midst of Emotional Turbulence.
See relevant Elephant Video