An Ugly (but Freeing) Truth about the Ones who Abandon Us. 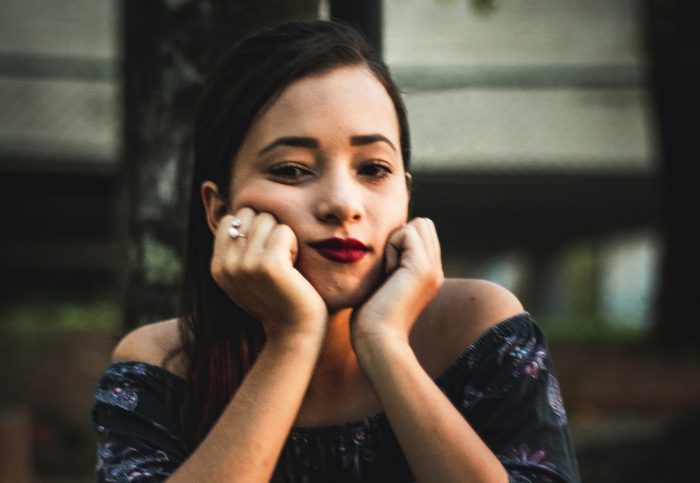 A little while ago, I became digital-friends with a woman who lives on the other side of the world.

We share similar conditions, and our life stories have a lot of parallels. Although they’re mainly unhappy ones, finding someone who’s had the same kind of experiences is wonderfully reassuring. One day I’d like to have the time and money to jump on a plane and meet her, but even if I don’t, it’s comforting to have a friend who knows what I’m talking about—as it is for her.

A short time ago, she told me a story. She’s permitted me to share it, and I’d like to do so because I found it beyond enlightening. I wouldn’t go as far as to say it was an epiphany, but it was something that has dramatically helped me move on.

A few years ago, she (like me) spent a short time in a psychiatric ward. She’d been struggling for a number years, and, finally, her emotional dam broke. While there, her husband filed for divorce, and her family disowned her.

Now, my friend is brutally honest; her marriage was not perfect, and her family was already riven with dysfunction, some of which she freely admits her own mental health had contributed to. However, the problems she was having with her husband, her parents, and siblings weren’t due to just her mental illness; the seeds of all those issues had been planted a long time ago by more than just one person, not just her.

But, her admission to the psychiatric ward suddenly became the “cause” for all of that. (It was a convenient excuse for decades of unhappiness and mistakes.) Years and years of hurt got redirected and shoveled onto her; given that she was trying to recover from a breakdown, it was the last thing she needed.

Although she’s now accepted her family is gone forever, after two long, brutal tears of legal wranglings, she’s finally got her children back in her life. But, getting to a point where she was strong enough to do so took a huge amount of work.

Not least because, at one stage, she got stuck—very, very stuck.

She was a year into her recovery. Outwardly, she was making progress, albeit slowly. Inwardly, however, she was still broiling. The same questions consumed her: “How could they all do that to me? How could people who said they loved me treat me so badly?”

Again, she had never hidden from her failings, either as a daughter, sibling, mother, or partner. Still, the callousness she’d endured wasn’t a fair recompense for someone who, although had made mistakes, had been there at certain points for those same people who were now mistreating her.

It wasn’t so much the abandonment; she’d begun to make peace with that. It was more the blame.

Her therapist was the one who finally broke the deadlock.

The first time I heard this story, I have to be honest, I thought the therapist was overly harsh and way too leading. However, the more I think about it, the more I see that the therapist simply recognized how they’d been going around in circles for a long time—something had to give; my friend needed a push.

The push came in a session that, like so many, involved my friend continually asking the question, “Why? Why had they all done that?” She had been grinding her wheels for a long time now; she was, unquestionably, stuck.

But, instead of asking her yet more questions that, like a snake eating its tail, would only end up doubling back on themselves, the therapist said:

“Sometimes, when people act as if they don’t care, they’re not acting.”

It’s trite on the surface of it, and the kind of thing you’d find on Pinterest (the therapist later admitted that that’s where she found it). However, it’s also true.

Although it was a factor, this wasn’t about how much (or how little) the husband and family members had going on in their lives.

It wasn’t just about their unwillingness to look at their failings or to be brave enough to look back on that whole situation and say, “Yeah, she did end up in a psych ward. But, you know what? I played my part in putting her there.”

To be fair, that’s a big thing to look at anyway.

A lot of it was, quite simply, that they didn’t care.

Now, this is a horrible thought because, as soon as you start going down this path, you begin to see that you didn’t matter to some people. And realizing that you weren’t important to them is crushing—heartrendingly and unremittingly crushing—especially if you had significant relationships with those people

However, although the short-term pain was immense, in the long-term, it’s actually given my friend freedom; the emotional weight has been lifted.

“How could you say you loved me, but do that?”

It’s a snake-eating-its-own-tail situation again (and madness that way lies). However, if the action clearly shows they didn’t care for you, it’s not unfair for you to say, “Well, I think that action shows you didn’t care.”

Is that simplistic? Yes. And I fully accept that the other person is not going to like it.

However, if you’ve weighed out the situation, and even after taking everything into account, you’re left with the overriding feeling that whatever happened wasn’t fundamentally the action of someone who cares about you, then it’s okay to assume they didn’t. Your view is valid.

And by accepting that, you’re released from that person’s ability to hurt you so profoundly. For a year, my friend had torn herself into pieces trying to find many elaborate justifications for what had happened because she assumed everyone involved cared about her. The moment she accepted that they didn’t, the pain lessened.

However, once she’d dared to face that vile truth, it became easier to face another: that she already knew this deep down.

When she looked back on how certain people behaved, she could see whether they cared or not; the evidence might have been small, but it was there if she looked. Likewise, the moment she removed the blinders and reduced things to their essence, she could see that others simply didn’t. For all the grand justifications they might have given, and all the blame-shifting they might have indulged in, the bottom line was that they didn’t care.

As to why they didn’t? Well, that’s what she’s exploring in therapy now—unpacking that is an entirely different story.

But, the idea that people’s actions don’t lie, the idea that they’re not acting something but showing you the truth of how they feel, has been a big one for me—just as it was for her.

You can drown yourself in dissonance, trying to find all manner of reasons why something happened the way it did, but sometimes the most straightforward answer is the right one: people just didn’t care.

The reasons why they didn’t are complex, and the answers you find may require more uncomfortable truths about yourself. But, you can only reach them if you face that other big, painful truth beforehand.

Sometimes, when people act as if they don’t care, they’re not acting.

The truth will set you free, even if it’s a horrible, unsettling truth. And, in the case of my friend, accepting this truth has given her just enough closure to put that part of her life behind her and focus on the here and now. Slowly, she’s finding people who do care.

It’s a horrible, soul-destroying truth, probably one of the worst of all to face.

However, as my friend has shown, the freedom that awaits you on the other side is worth it—utterly. 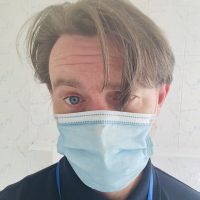 Christopher Donovan lives in Liverpool, England.  Connect with him on Facebook (Followingtheflowthepursuitofhappiness)  or at at: https://vocal.media/authors/christopher-don… Read full bio

If they Want to Leave, Let them Go. Bounce Back like a Badass: How to Recover from a Toxic Relationship. 8 Signs of Fake Love.
See relevant Elephant Video