3 Active Ways to Disrupt Anxiety & Step into the Unknown with Ease. 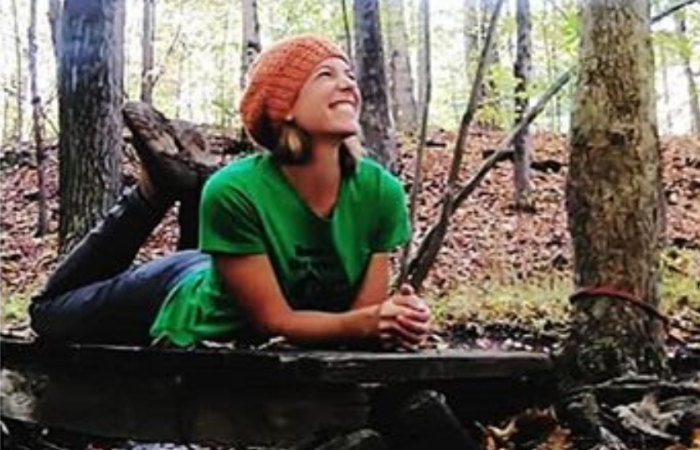 I woke up the other day feeling the weight of anxiety lodged like two bricks on my chest, forcing shallow breaths.

My heart was fluttering the way a bird does when sounding the alarm against a predator—wings flapping, feathers ruffled, voice ready for war—except, I didn’t want to move.

And I knew I’ve got to dig into my toolbox quickly to attend to myself in this place, or I’d succumb to its power.

You see, I’ve been waiting for a portal to open. All this time spent in limbo, living in a space filled with tension, has taken its toll. I watched one potential door swing shut before it ever fully opened. I’ve knocked on a dozen others. Some opened to me, but they were not my doors to walk through, and I knew it.

How do you know when the door is yours?

It’s a question I’m still answering. Maybe the answer is, you don’t. At least not with absolute certainty.

In my experience, it’s far easier to know with certainty which door isn’t yours than which one is. There is always a lingering possibility that the door that opens and seems so right turns out to be a portal to another reroute. There is always risk involved.

I know this well.

I moved across the country four months ago, passing through a portal I believed was one thing, that abruptly turned into another reroute. Another closed door, more heartache. I could look back at the portal I walked through and scrutinize it to death. What went wrong? What signs did I neglect to see that may have been warning me of this? Was I too hasty in my passage?

Instead of trying to understand the door in hindsight, I’ve found it more useful to focus on where I now stand—what’s in front of me and around me, even if it’s not yet visible. I’m not so much a believer in “everything happens for a reason” as much as “everything that happens is fodder for our becoming.”

This was not necessarily a mistake—coming through this door. I have no regrets. Because often, we won’t know what’s behind a door until we have the courage to pass through it. This is why many of us stay put when doors open. The fear of what could go wrong is greater than the discomfort of staying in the certainty of what we know. We want to check all the boxes before our great departure.

We don’t want another reroute.

But if, like me, you’re learning to embrace a more circuitous path in life—not the linear approach we are programmed to believe is “the way things should go”—this susceptibility to risk is not necessarily a bad thing. It is not something to avoid. It is something to instruct us, expand us, and move us toward the version of our lives that is highest and best.

So, back to the stifling anxiety.

Each of us will have different tools in our toolboxes for attending to ourselves in these places of need. I’m an active person, which means that sometimes the best way to disrupt my anxiety is with action.

These tools may or may not work for you, so I invite you to experiment—pick them up, try them out, and discard whatever doesn’t serve you.

There’s something about movement that dislodges those bricks on the chest, at least for me.

Some days, it’s a graceful yoga flow on my mat. Other days, it’s putting on Latin music and dancing until I’m sweaty, getting on my bike and pedaling for miles, or simply going for a walk. The movement may draw my thoughts away from an anxious feedback loop, or it may invite me into a space where my emotions can safely be released.

Sometimes, pairing movement with a purposeful action like picking up litter on my walk reminds me of my agency and power in the face of what may feel outside my control. Find what works its magic for you.

This is where things get a little weird, at least for those who are self-conscious or worried about appearances even if there’s no one around but themselves. But I swear to you, it works. (See video below.)

When I was out on my walk the other day, I found a secluded spot in the woods. I visualized everything that was weighing on me—every energy, expectation, or pressure I may have picked up from others that weren’t mine to carry—and I danced and stomped in a circle in the woods, shaking it all off with my arms. I envisioned sending it all back into the ground (“composting it,” as a dear friend has called it) and leaving it there, with one final fling. Then, I stood with my hands open, rooted in place, in a posture to receive and claim what was mine.

After doing my “I don’t give a f*ck” dance in the woods, I sat down and focused on my breath. On the inhale, I tensed everything in my body: clenching my fists, tightening my arms, drawing my shoulders up to my ears, squeezing my face, holding the tension. And then, on the exhale, I released it all in a dramatic sigh of breath. I did this several times, feeling the anxiety deflate like a balloon with each cycle of breath.

When I left that spot in the woods and continued my walk, those bricks were gone. I felt lighter, my breaths, deeper and slower. Having our bodies act out what we want to see happening in our thoughts can be profoundly effective.

As I continued my walk, I felt I was finally able to listen to my heart, beyond the noise. And my heart was telling me, “You’re going to be okay. You’re capable. You’re courageous. You’re doing so well in the waiting, in the discomfort, in the reroute. Keep going.”

Later that afternoon, I took more deep breaths and dove into a two-hour Skype interview.

Much to my surprise, I found myself staring at an opening portal by the end of it. I gave myself two days to sit and stare at it, thinking it over, listening to my heart, acknowledging my fears, weighing it all.

And now, I’m preparing to walk through.

Who knows what will be on the other side. All I really know is, it’s worth finding out. And whatever will be, I’ll be okay.

4 Ways we Sabotage our own Happiness—& how to Stop. The Question that Set me Free from my Unhappiness. 3 Merciless Inner Bullies that Leave us Unfulfilled & Dissatisfied. I am no Longer Available for Things that make Me Feel Like Sh*t.
See relevant Elephant Video