I Don’t Expect You to Forgive Me for Cheating on You. 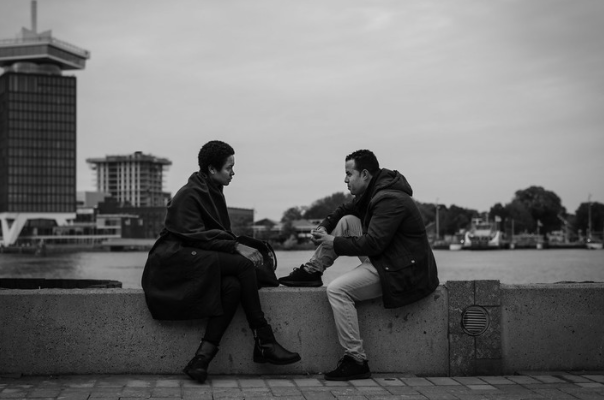 It was one of those days that pulls inexplicably at your chest.

The foliage was blood red and gold and brown and tan but the firehouse marquee admitted that it was 72 degrees. My moods tend to be almost as mercurial as the barometer in mid-October but I had just gotten out of a failed relationship—a leap of faith that went horribly awry—and the sense of freedom I felt, having my own space back, made it difficult not to be at least a little grateful for the sun and for just being alive.

My eyes followed a crisp maroon leaf down a side street, as the light autumn breeze picked it up and skimmed it across the blacktop until the sound of my own name being unmistakably called from not too far in the distance pulled me back to earth. It was Brie (not her real name), my lover from 15 years ago. I honestly thought I’d never see her again.

We sat down and it dawned on me what I needed to do—what I owed her. I knew why I did the things I did. It had nothing to do with her. How could it? We hadn’t been together six months when this all happened.

She was right though. She loved me when no one else in the world would. She brought sex and companionship and normalcy to my life at a time when I thought I would never have any of that again. In fact, she did a lot more than that.

We were only together for three months when she flew down with me to Florida to say goodbye to my mother who I had just learned was dying unexpectedly at a tenuous point in my early recovery. This was the kind of selfless act that I rarely received in any of my love relationships.

The only thing she wasn’t able to do was to make me love myself. Somehow I was convinced that could be found in the next conquest. And the next.

It usually was, too. For five minutes. Then I’d drive home playing the scene over and over again trying to convince myself how special I was that pretty women took off their clothes for me. It was a sad way to live.

There was so much in my life that I needed to work through in my mid-30s. This far down the line I have no problem admitting that everything that the more experienced people told me in those 12-step meetings was true. I was not ready to start a relationship with a woman. Not even a little. And their warnings that I would eventually relapse over the whole thing?

I thought about all of this as we sat there. Parts of me have grown a lot in the last 15 years. Other parts of me—like the ones that fly to Seattle to move a perfect stranger into my apartment during mad riots and a pandemic—yeah, that part’s still the same.

I looked her right in the eye and said that I was sorry. I explained that I was about 10 years away, at that point, from learning to love myself and she suffered greatly for that.

We both cried a little. The moment was powerful and emotional and, unlike every movie I ever saw where something like this was portrayed, way more messy and uncomfortable. It had to be, though. In that space, I realized that one does not put another person through that without some kind of offering.

“I don’t expect you to forgive me,” I said.
“I’m not sure I do. I understand you, though. I still really care about you.”
“Well, that’s something.”
“That’s everything,” she corrected me.

At that moment, her husband came by with their two sons in tow. He kind of resembled JFK and he was so tall that his presence nearly eclipsed the strange Indian Summer sun that beat down upon us on that park bench. Their children, of course, were impossibly beautiful.

As I watched them walk away together, I felt so many mixed emotions that it was in my best interest to not analyze any of it. It felt painful and it felt happy. I felt relief and I felt ashamed. I was proud of myself and I was angry at myself.

And I walked away with the realization that the only amends that was available to me was to be better. To put better out into the planet.

It’s not much, but as Brie said—it’s everything.