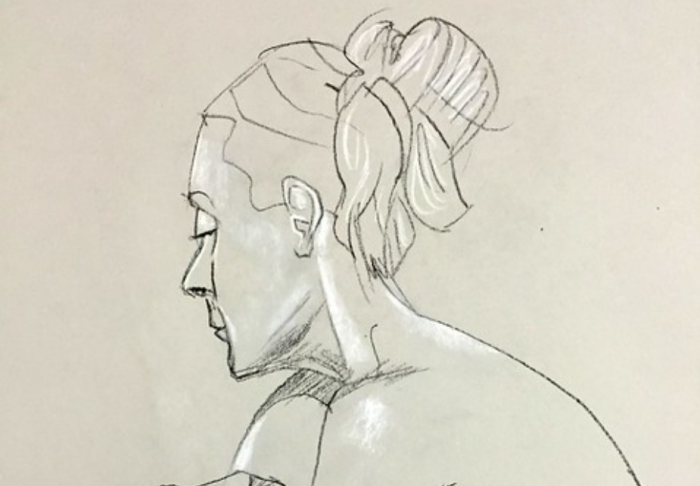 I was punching my sister.

Rage soared through me. I wanted her to hurt. I swept my legs under her, watched her fall, and kicked as hard as I could. It felt fantastic. This was going to send me to jail. That was fine. My brother-in-law ran toward me. I punched him and screamed, “Pervert!” as loud as I could.

I’m actually in my car at a traffic light having another violent daydream. It’s a twisted fantasy that feels more real than waking life. A part of me craves destruction. I’ve had so many daydreams since I chose to stop talking to my sister and her husband four years ago. Their story would be that we are too different. My story would be shaming another has limits. We don’t agree.

Two days ago, I wondered if I should call my parents. Violent daydreams soon followed.

These thoughts come like flash floods. They rip me away from reality into the same scenario over and over again. I always try to physically hurt her as badly as my heart hurts. Her husband always tries to stop me. One of her children is always watching. These involuntary daydreams are the only place the rage comes out. Punching her at my father’s house at Christmas. Walking into her front door and assaulting her in her white living room.

The only person being hurt here is me. The worst part is it feels so real. It’s baked in my cells.

I’ve never punched another person, yet that’s all a primal part of me wants. It takes over and forces me to watch. These are not safe thoughts. These are thoughts spun from a deep violation.

I took a deep breath and gripped the steering wheel. Rage tore through my chest as I forced myself from the daydream and felt the smooth, leather surface under my fingers. This is reality. This is the present moment. My breathing was rapid. Energy surged through my body.

I was on my way to work. I was going to be massaging a client in 30 minutes. This had to go away. I slowed and deepened my breath, helping my lungs to calm down.

I refuse to perpetuate the cycle. I refuse to act these out on anyone. It is an act of maitri—the practice of self-compassion and self-love—to achieve a more balanced life. This violence stays within, and through the act of self-soothing and self-love, it will it one day go away. I used to live in these places for days on end, now it’s 30 seconds at a traffic light.

The light turned green. Anger turned into an angry sorrow. I gripped the steering wheel and blinked the tears that smeared my vision. The space in my chest tightened.

I’m still not ready. I’ve only spoken to my father three times in the past two years. I’ve spoken to my mother twice. They don’t understand why I cut contact with my sister, her husband, and my five nieces and nephew four years ago. I didn’t realize I was going to lose my family. I don’t recommend breaking up with a family member—it’s easily the most painful thing I’ve ever gone through. It’s also the price I needed to pay to love myself deeper.

I touch my chest. The anger fills me. My father is 70, and a lifelong smoker. My mother is 66. If either one of them catches COVID, the chances are perilously high that they could die. Regardless, the chances of them dying sooner than later are also high. I’m acutely aware of their mortality. I don’t know if I’ll heal enough in time to reenter a deeper relationship with either one of them. That is a hell unto itself.  I will likely never have a relationship with my sister. Thinking of her sends me into despair. I still can’t stop it. My parents have chosen to tell me, “She is family. She is your sister. You can’t do this.”

The rage of the violation I feel from her clashes against their inability to see it.

I can barely speak to them now. I love myself too much to go there.

I may never get to see any of them again. There is a deep sadness in that. I’m just not healed enough yet. I touch my chest and ask, “Is this me?” My chest is pulsing under my hand. In my mind’s eye. I see a speck of gold and feel the pain. I send love to that part of me. I take sips of love in the far and in-between spaces when I’m reminded I barely have a family now.

Sometimes, there is a nexus point that causes a fracture that eventually breaks a relationship. It’s rarely one thing, but a succession of circumstances that sneak up until the heart finally breaks. For my sister and I, this had a definitive point in 2003 and took 12 years to finally collapse. I was in a wheelchair. My pelvis was broken. My leg was shattered and pinned into place. I couldn’t touch my toes. Everything hurt. If I dropped something on the floor, it stayed on the floor. My uncle told me to get a litter-picker-upper. That’s what he used after his double hip replacement.

My sister talked my mother out of getting it. I cried when they told me. The wheelchair felt more like a prison. My sister screamed at me. Her face was red. She said it would make me lazy. My mother and stepfather sat next to her and said nothing. I cried and asked my mother never to let her speak to me that way to me again. It didn’t stop. It didn’t stop for the next 12 years. The insults cut deeper and deeper until I was just too hurt. Rage ended it with my sister. The silence from my parents turned into, “She’s your sister. She’s family. You can’t do it.” It hurt too much. They needed to go away too.

Going through hell and knowing I didn’t want to live there became an act of self-love.

These violent spaces only hurt me, and if I let them out, could stand to hurt others. It is maitri—to know I don’t deserve to be in these spaces. While they are there for a reason, to show something that wasn’t right had happened, it is also an ultimate practice to soothe the unsafe places within me.

I suspect she treated me this way because of how I treated her as a child. I wasn’t nice. I don’t think she ever forgave me for that. I have been able to change. The cycle is ended. I didn’t lash out in the years after the accident. I only lash out at her in daydreams; daydreams that tell me I’m not ready.

I left because I couldn’t be kind anymore. Kindness is limited when tempered by trauma.

Leaving was the most loving thing I could do for her. The cost has been significant. I lost my family in order to gain self-soothing tools and a sense of safety I otherwise wouldn’t have been able to gain.

The damage can be deep, and the most loving thing one can do is leave. 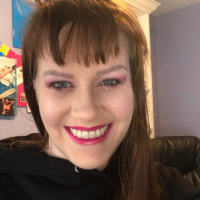 Krista Matheny lives in Louisville, Kentucky, and is from the Cincinnati area. Self-care is part of her job. She runs a private massage and energy healing practice. Somatic yo… Read full bio

The Most Important Article on Elephant, Ever: Maitri. Is “Maitri” really about Self-Care? ~ Linda Lewis Learning to Make Friends with Ourselves: Pema Chodron video on Maitri. 3 Merciless Inner Bullies that Leave us Unfulfilled & Dissatisfied.
See relevant Elephant Video