The Trumpian Nightmare was Destined to End in Disaster. 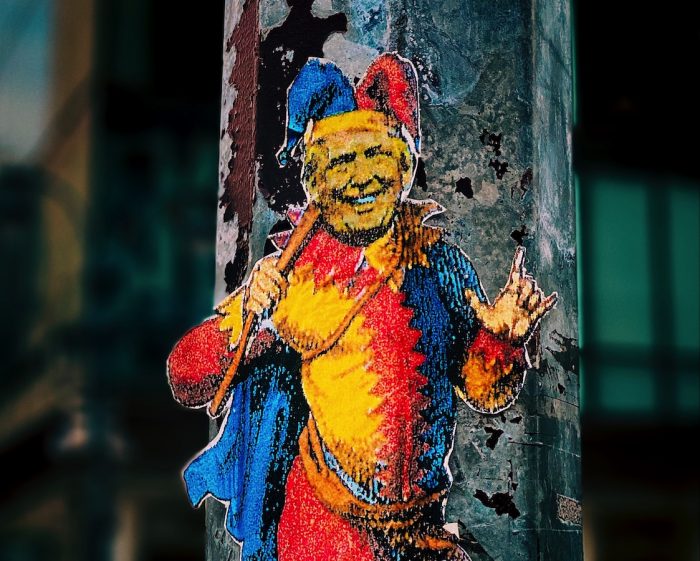 Read next: Trump & FLOTUS Covid-Positive: This could get him a Second Term.

Plus: Trump’s Supreme Court Nominee Must be Stopped—By Any Means Necessary.

And he was bound to go down with the rest of us.

Most of us sensed that a Trump presidency would culminate in disaster, but like a prequel whose end is known, it was only a question of how fate would work itself out.

Somehow, what once appeared the most powerful nation in the world has now all but collapsed. The economy is shattered. The unemployment rate is higher than at any point since the Great Depression. A couple hundred thousand people are dead, with hundreds of thousands more likely to follow. The president is laying the groundwork to steal the election, and many fear we are on the slippery slope to civil war.

It is the culmination of a long unraveling that began the moment Trump set foot in office, and the only thing that should have surprised us was the exact form it would take.

Only the most effective developed democracies have managed to control COVID-19, but the American response has been arguably the worst. Trump failed to trace its spread, failed to make testing available, failed to cover the costs of treating the infected, and failed to protect the unemployed. Yet, the shambolic state of the country simply mirrors the chaos of the Trump administration.

Trump helped the virus spread by lying about its severity for months, concocting bizarre conspiracy theories about it, recommending impossible cures, undermining public health officials, leading a movement of anti-maskers, and politicizing aid to the most hard-hit states. If he had managed the crisis better, the lockdowns would have been shorter and more effective, thereby limiting the economic fallout. And if he had shown more concern for the places that were hit the hardest, citizens might have come together to limit its spread. Instead, his lies increased the need for lockdowns, which broke the economy, and his haphazard management left Americans sheltering indoors—or else risking their lives to keep working in a plague.

Yet, he also helped spread it globally as well.

If Trump were not president, the Centers for Disease Control would have been stronger and better-funded when the coronavirus first broke out, and America would have played a part in stopping its spread in China. If Trump were not president, the World Health Organization would have been stronger and better positioned to educate the world, and they would be coordinating the development of a vaccine.

If Trump were not president, international institutions like the G-22 and the UN Security Council would have held emergency sessions and formulated a response before most people even knew the virus existed. They would have been quicker to educate vulnerable populations, quicker to produce masks and surgical gear, quicker to shut down borders, to close down flight routes, and to track potential carriers. Trump made America the epicenter of the crisis, but he also helped spread it globally.

Yet, the global spread of the virus cannot be blamed on Trump alone. The totalitarianism of China facilitated its spread by covering it up. Meanwhile, the irrational responses of right wing nationalist and fascist governments the world over, coupled with the intransigence of their anti-masker supporters, left every nation to fend for itself, as the pandemic exploded under the most irrational populist demagogues.

It is no coincidence that the world’s most fascist administrations—in America, Russia, India, and Brazil—have seen the most coronavirus deaths. Fascism is premised on a desperate escape from complex realities. The fascist cannot cope in a globalized world, so he pretends the nation is all-powerful; he cannot make sense of complex national challenges, so he retreats into a world of fantasies. Fascist leaders lie to sustain the illusion—punish dissenters, so the truth doesn’t seep in.

If the end result is all too often devastation, it is because delusions are dangerous and dysfunctional. But fascism also represents the operationalization of nihilism. Fascists are itching for the end times—and what easier way to blow it all up than to sit back and do nothing in the middle of a plague.

The fascism last time brought war and genocide; the fascism this time helped foster a plague. Fascism helped foster the epidemic by tearing down the international institutions that could have coordinated a global response by hiding information and muddying the response. But if it was not the epidemic, it might just as well have been a world war with Iran or the annihilation of the Amazon.

Fascism always ends in destruction because it is animated by nihilism. The nihilism is directed at the weak and vulnerable, but it is also a revelry in destruction for its own sake. So, it tends to take aim at whatever is in its sight, the media, the courts, scientists, human rights, even reality itself. Fascism is a reaction to the overwhelming complexity of modernity, which it aims to tear down. It seeks to destroy what it cannot understand, and since it is the world itself it cannot comprehend, fascism seeks to upend human civilization itself.

When Trump entered office, the world became vulnerable to all sorts of threats, for he broke the international order. He broke the international order by refusing to participate in it, refusing to fund it, and attacking its most effective institutions. The end result was a lack of funding and participation, leading to a lack of interest in global cooperation. Hence, every challenge demanding a global response became more threatening. Regional wars risked going global, and human rights abuses risked degenerating into genocide. Trump’s election always threatened the future of global civilization, but few could comprehend how much because few had thought much about what held it together.

So, as the bottom drops out of the global economy, and half the world accustoms itself to self-imposed house arrest, perhaps we would do well to remember what it was like to live under a moderately functional global order. Perhaps we should recall what life was like before Trump and the deadly pandemic that will likely be his downfall. And in remembering how a better world is not only possible but just around the corner, perhaps you too will be inspired to vote like your life depends on it—because in all too many ways it does.