This TED talk by a “Gangsta Gardener” is Everything we Need to Plant Change. 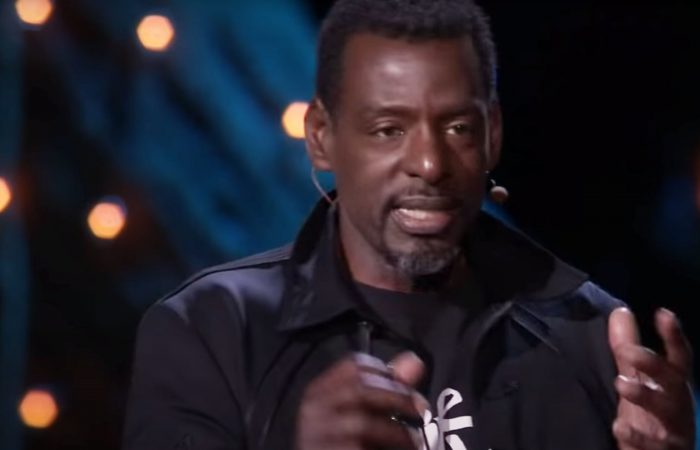 In a world shouting that Black lives matter, self-professed “Gangsta Gardener,” Ron Finley is (not so) silently planting seeds.

“This is my march. This is my ‘I matter.’ This is Black Lives Matter. This is all that to me,” said Finley in an interview with Good Day LA’s Michaela Pereira. “This is freedom.”

Freedom, he says, from an oppressive society that doesn’t let people know they are inherently valuable.

Honestly? Everybody needs to know this guy’s name.

I first connected with Finley back in my college days. I’d just started journalism school when one of my professors gave me a lead about one of his upcoming events. I was a white woman, conservative at the time, and I knew how much I didn’t know. Still, I headed into what I came to know as one of the most authentic sides of Los Angeles—South Los Angeles.

It’s an area of the city that Finley, in his 2013 TED Talk, called “home of the drive-thru and the drive-by”—an area where those drive-thrus are killing more people than the drive-bys, he says. And yet it is also a community of hands-on, watchful people looking out for one another—at times, fiercely.

Buildings stand slathered in a mixed media display of mismatched paint and stucco-covered brick. Others feature mural art and graffiti, either of which can range from soothing and soft to intimidating and sharp. On the surface, at first, Finley was, to me, the latter. He quickly became the former. Each time we met up for an interview, the longer we would spend in his garden among the butterflies and the bees, the broader his smile would become.

A little background on Finley:

It all started with a garden that he planted in front of his home.

Like many other places throughout the globe, South Los Angeles is known as what is called a food desert—an area in which grocery stores are spaced out just so that public-transportation-reliant community members are unable to easily obtain affordable, healthy foods.

Access is, as a result, restricted to small, local markets and convenience stores where prices on fresh produce are hiked, and processed and fast foods are within easier and sometimes more affordable reach for people often working more than one job to make ends meet.

Finley calls them food prisons, “because you literally have to escape to get any kind of healthy food.”

So, one day, staring at the barren, grassy space between his yard and the road, Finley daydreamed of a street where every parkway was its own garden tended by its community—a “food forest.” Tomatoes here, lettuce there. What one neighbor didn’t have, they could barter from another.

He promptly got to work planting, only to have the whole idea—well—squashed.

Finley was told he’d have to pay a hefty price for his green thumb. A Los Angeles ordinance, at the time, restricted individuals from gardening in parkway spaces without an expensive permit, and edible plants were definitely a no-no.

He fought the law and then, he won.

Today, because of Finley’s footwork, it is permissible in Los Angeles to plant gardens, edible or otherwise, in parkways. And now, in the space where Finley was first fined for planting edible plants, sunflowers tower over Finley’s head. He won’t hesitate to cut a bunch of bananas from a tree for your enjoyment. And if you vandalize his artichokes? Man, will he be pissed. Not because he doesn’t want to share; it’s quite the opposite.

It’s all about community, and in this world, community—working together—is the answer to defeating a system that Finley says seeks to control its people by enabling reliance. You know the saying: “teach a man to fish…”

Learn from the Master(class).

From his personal garden to his 2013 TED Talk preaching the need, value, and rebellion in planting easily accessible community gardens, on to a highly successful Masterclass in “gangster gardening,” Finley stretched his mission quite far. But, what’s up with that moniker and why is it such a cornerstone for Finley’s message?

Black gangs arose in Los Angeles because of “racial intimidation, school and residential segregation, extreme marginalization, and racial exclusion from mainstream Los Angeles.” Additionally, “Fear of attack from whites was widespread and this intimidation led to the early formation of Black social street clubs aimed at protecting Black youths against persistent White violence directed at the Black community.”

Basically, Black groups were oppressed, and formed communities to defend and provide for themselves, as is the pattern that most gangs (including those with poor, white, European roots) tend to follow.

Finley’s trying to turn that on its head. If gangs are formed in an effort to defend against oppression or attack and to provide for community members, what’s more gangster than banding together against oppression in a way that literally translates to community self-reliance and empowerment—a true slice of freedom, if you will?

Definitely not violence. And that’s the point.

I couldn’t tell you how happy I’ve been to see his team’s progress sliding across my Instagram feed.

You see, because while Finley is out there planting seeds to feed the community nutritious food, he’s also aware that when you expose people to urban gardening in particular, you nourish more than the body, you nourish the mind, the soul.

My first meeting with Finley was a life-changing one in so many ways. It germinated a curiosity about a community and people whose experience I’d shied away from learning about in the past, and sprouted the beginning of an understanding that continues to grow.

His movement, when followed, covers yes, freedom, but on the way there, it also covers mindfulness. And not just in the way that we might become meditative and experience a moment of peace while dirtying our hands in some moist soil, or picking fresh raspberries from the vine, but in the more substantial way that we see our multi-faceted connectedness—to plants, to people.

So, with that, I’ll leave you with some words of Finley’s that come to mind: Think about that, and “plant some sh*t.” 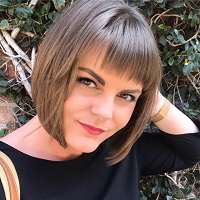