After Devastating Forest Fires, this is the Recovery we Need. 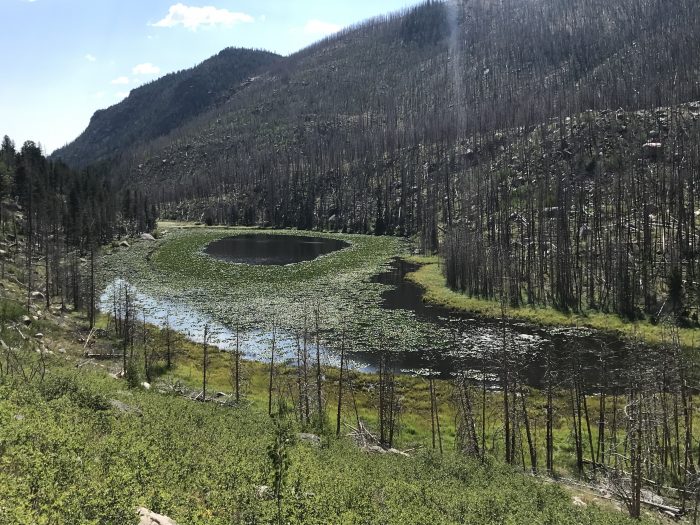 Today, snow is falling in Colorado, laying down a cold, moist blanket that is helping to quell the raging fires that have ravaged our forests in many locations over the long hot summer.

In the past few weeks, some of our most cherished places have burned.

My wife and I have been to Rocky Mountain National Park a number of times this year. Even though getting a pass for the “timed entry” that has been imposed as a response to the COVID-19 pandemic has been challenging, it’s been worth it just to get out of town and forget the multiple troubles of 2020.

We celebrated our 40th anniversary in August, hiking the Cub Lake Trail. Just a few weeks ago, we hiked the Fern Lake Trail to The Pool. This has been one of our favorite spots to stop for a trailside snack while warding off hungry ground squirrels. 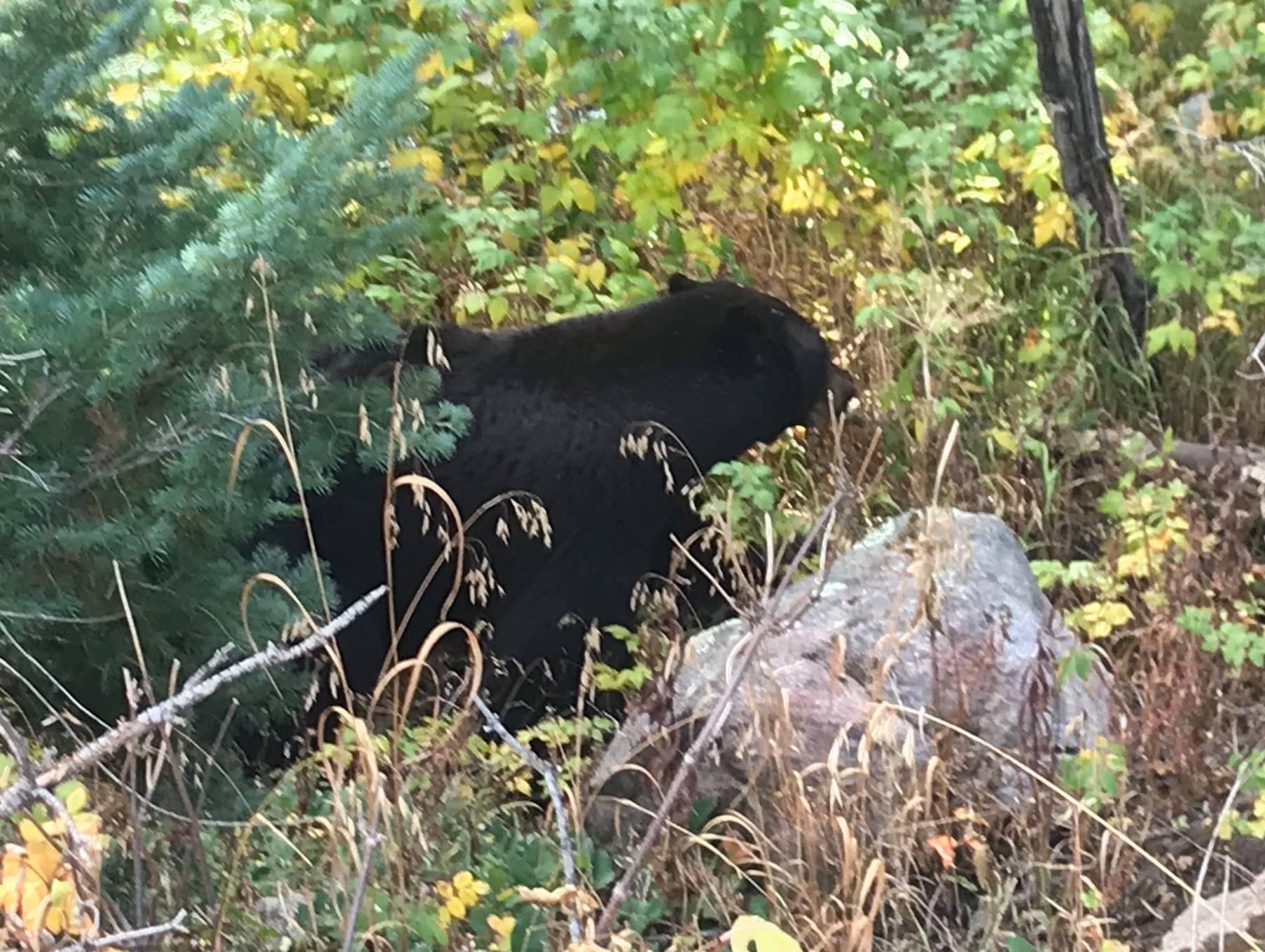 A few years ago, I saw a large black bear just a few hundred feet from this spot. Further down the trail, I once tried to explain to a woman that the bull elk she was photographing at close range was a dangerous and unpredictable wild animal. 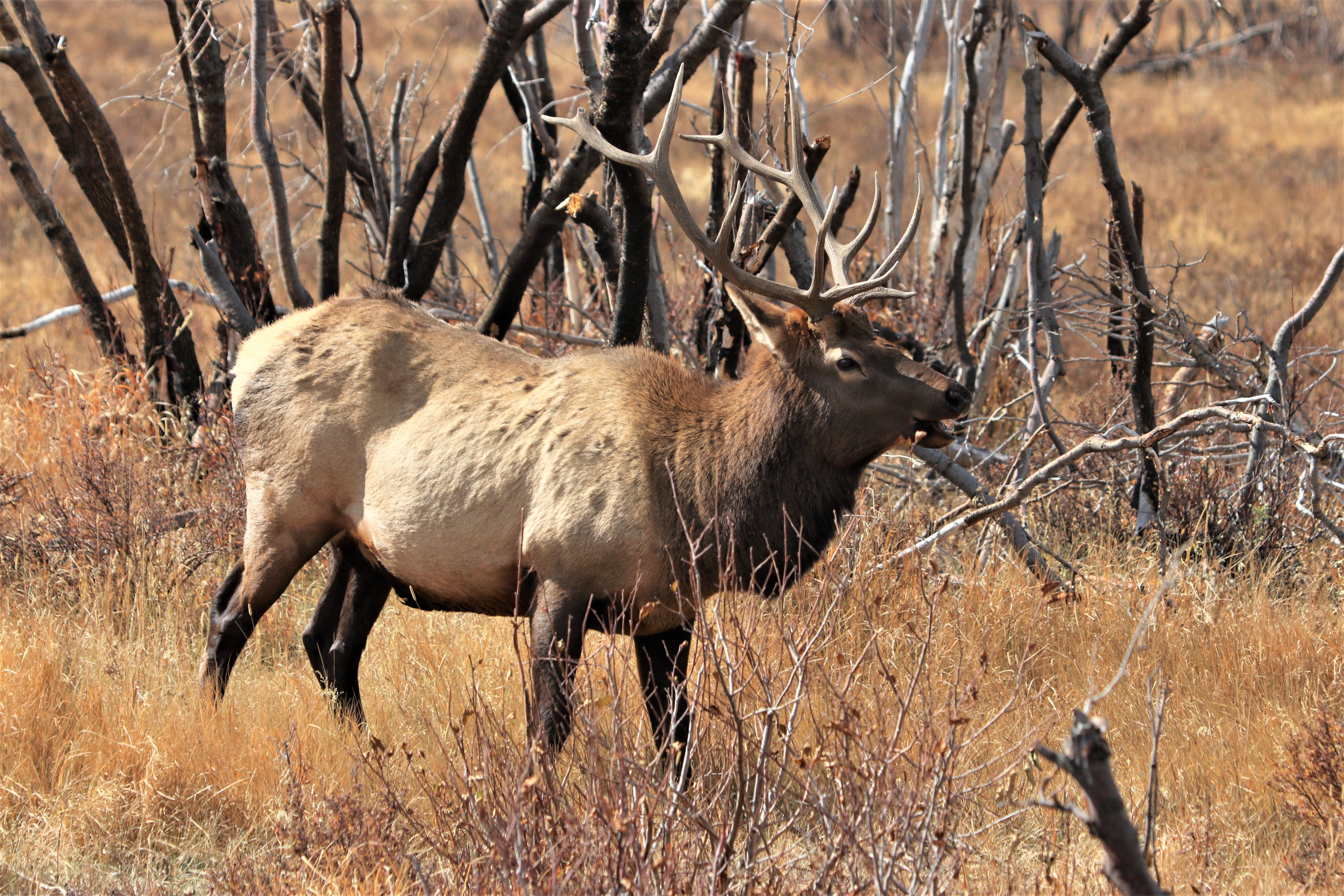 Over the last week, the East Troublesome fire blew up virtually out of nowhere, swept over the continental divide, and burned through this trail to within miles of the town of Estes Park. I cannot help but think of the animals in the path of this fire. 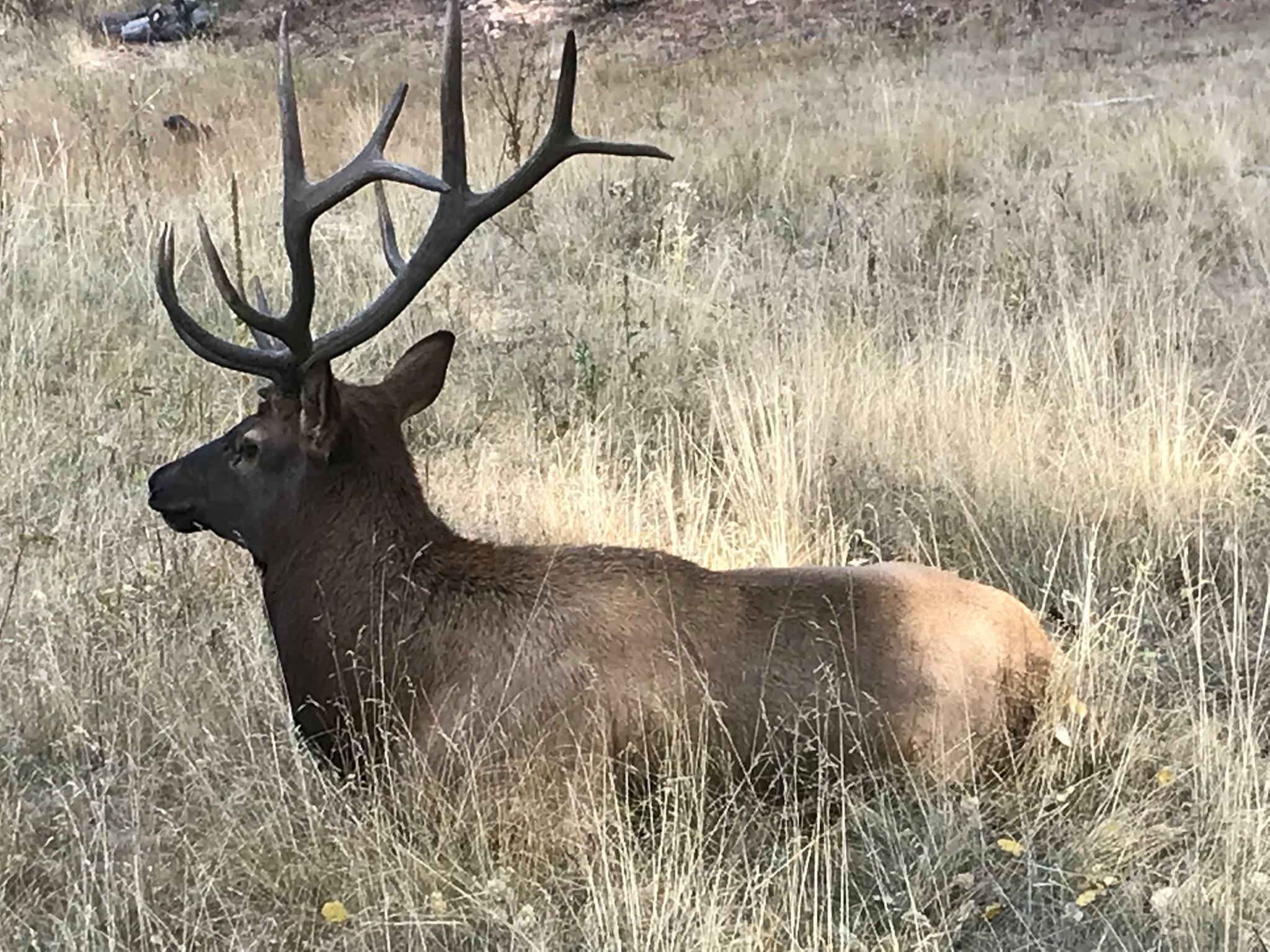 The elk, moose, bighorn sheep, and deer, unless trapped by the unpredictable movements of multiple fires, have probably escaped. Many animals, including bears, have wandered into cities along the Front Range, hungry and seeking refuge from the threat of fire.

Birds have flown, although many, like the blue grouse that we saw this summer, tend to remain in a localized territory. No doubt, our ground squirrel has not fared as well, likewise marmots and other small mammals that are unable to escape. 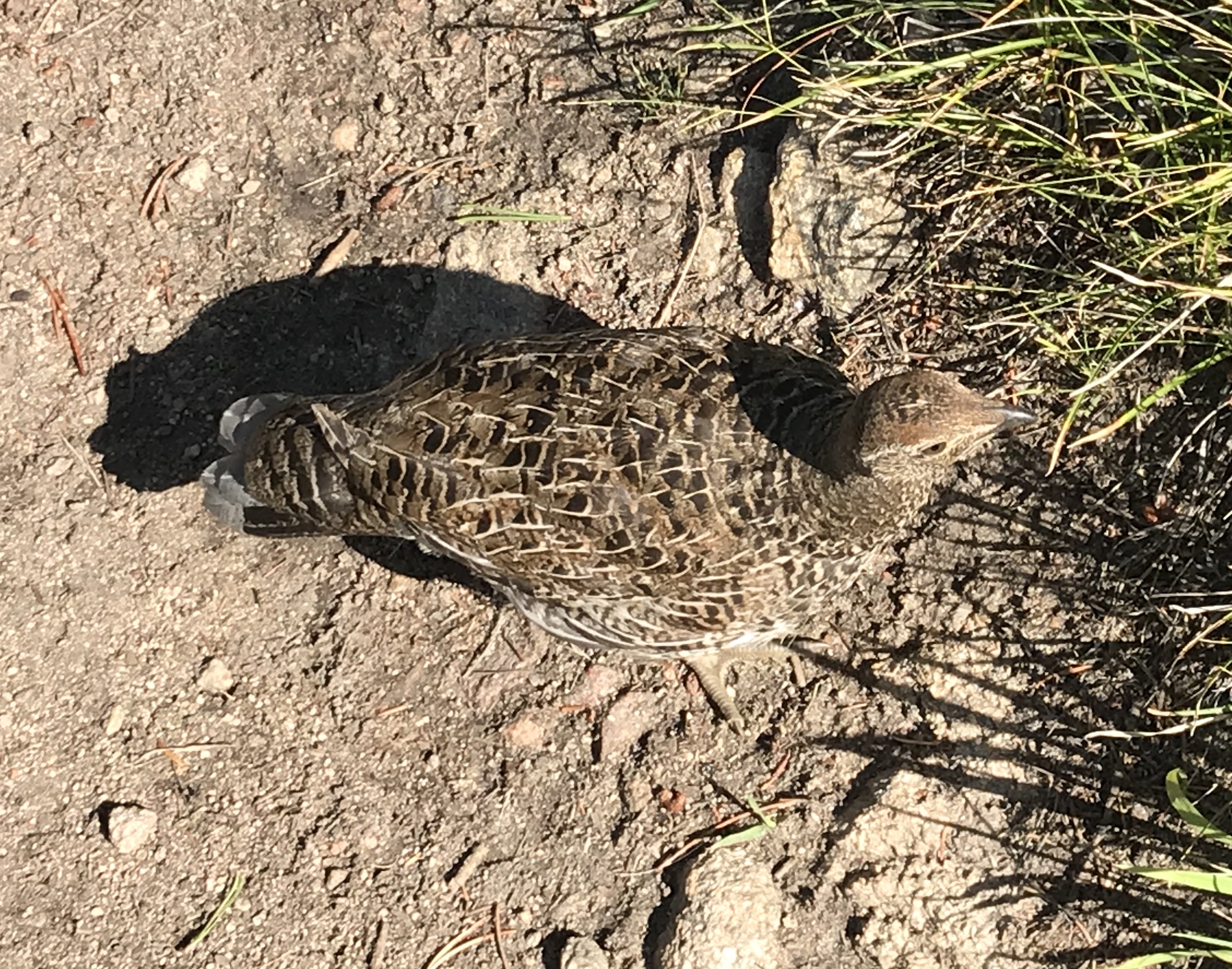 The deaths of animals from these fires number in the untold thousands. Adding to those killed in fires in Australia, South America, and elsewhere in the world, the losses of wild animals number in the millions.

Another place that is dear to our hearts is the Shambhala Mountain Center, near Red Feather Lakes, where I was a land steward from 2001 to 2006, and currently serve as an environmental consultant. The Cameron Peak fire swept across Shambhala Mountain on September 26th and burned through some parts of the forest, destroying several structures, including the cottage where we once lived. Fortunately, extensive forest thinning was done on the land beginning in 2002, and very extensively in 2019, which no doubt helped to minimize the damage.

There are multiple causes of these fires.

The Colorado forests that we have come to know and love are not the same forests that existed in the 19th century when Euro-Americans first came to the area. Photos taken in Fort Collins at the beginning of the 20th century show the foothills bare of trees. Fires caused by lightning strikes reduced the number of trees, and indigenous people frequently set fires in order to improve the area for grazing animals on which the people depended for food.

The Montane zone, at an elevation of 8,000 ft. to 10,000 ft., is described as the ponderosa pine savannah. Picture a parklike grassland with large trees spread far apart. The fire cycle reduced the number of younger trees and underbrush. The pumpkin-orange bark of older ponderosa pines peels off in layers as it burns, helping to make these trees fire-resistant. Suppressing fires over the last century has interrupted this cycle to the point that when fires do take hold, they burn with greater intensity. When these fires hit overgrown stands of trees, they “crown,” leaping from treetop to treetop with a heat that can alter the soil and destroy the seed bank, allowing invasive weed species to move in.

Climate change is also a factor in the decline of forests.

Warmer weather increases transpiration, causing plants to take up more moisture from the soil and evaporate it into the atmosphere. This, combined with a prolonged drought, has left our forests tinder dry. In addition, the lack of prolonged deep cold in winter has led to an increase in beetles that kill conifers. Pine and spruce beetles have always been part of forest ecology. The combination of these two factors, drought-stressed trees more vulnerable to attack and an increase in insects, has led to a massive die-off of ponderosa pine, lodgepole pine in the upper Montane Zone, and spruce trees in the subalpine forest at 10,000 to 11,500 ft.

The Subalpine zone is critical for the municipal water supply of Colorado’s major cities. Our water does not come from an aquifer, but from snow, which blows off of the treeless alpine tundra and is trapped and slowly released as the snow melts through the summer.

The problems of the subalpine forest are not new. Ecologists say that the forest has never fully recovered from the disappearance of wooly mammoths that helped with forest regeneration by knocking down trees. Ten thousand years ago, perhaps as a result of the receding ice age, and/or the influx of human beings into the area, mammoths declined into extinction.

Trying to predict what will happen in nature is problematic, particularly in a period of rapid climate change.

It’s interesting to note, however, that the map of the current fire at RMNP goes around a fire break at Cub Lake where 3,500 acres previously burned, in 2012. Eight years later, this area is showing signs of healthy forest regeneration with abundant shrubs and an increase in aspen trees.

The fire’s ability to regenerate grasslands and deciduous shrubs and trees will ultimately improve the area for deer, elk, and moose. If the referendum to reintroduce wolves into Colorado passes this November, it would be interesting to see how these animals might influence the makeup of plants within the forest, as they help to reduce over-browsing by moving grazing animals along.

Problems that will result from these fires will include erosion, siltation of streams, and impacts to municipal water supplies and delivery systems. Hopefully, this might also move public opinion to prioritize ecological health as a critical part of healthy communities.

There are still millions of acres of dead standing timber out there awaiting our next period of hot, dry weather. The forest is already regenerating from beetle kill in many places, but it faces a second challenge from the burning of dead timber. There are also the compounded impacts of climate change as tons of carbon is released into the atmosphere, even as the oxygen-producing trees decline.

Critical elements of effective environmental stewardship include the development of some kind of concern for nature (even if it is simple self-preservation), an understanding of how natural systems work, and perhaps most importantly, the application of effort and resources sufficient to accomplish the work.

Hopefully, we will see a greater concern for our environmental issues, drought and water conservation, climate change, as well as less resistance on the part of the public to forest management practices: controlled burns and forest thinning.

Forests operate at a pace of millennia, and in all probability, forests on this planet will regain some kind of equilibrium in time—the question is whether we human beings will. 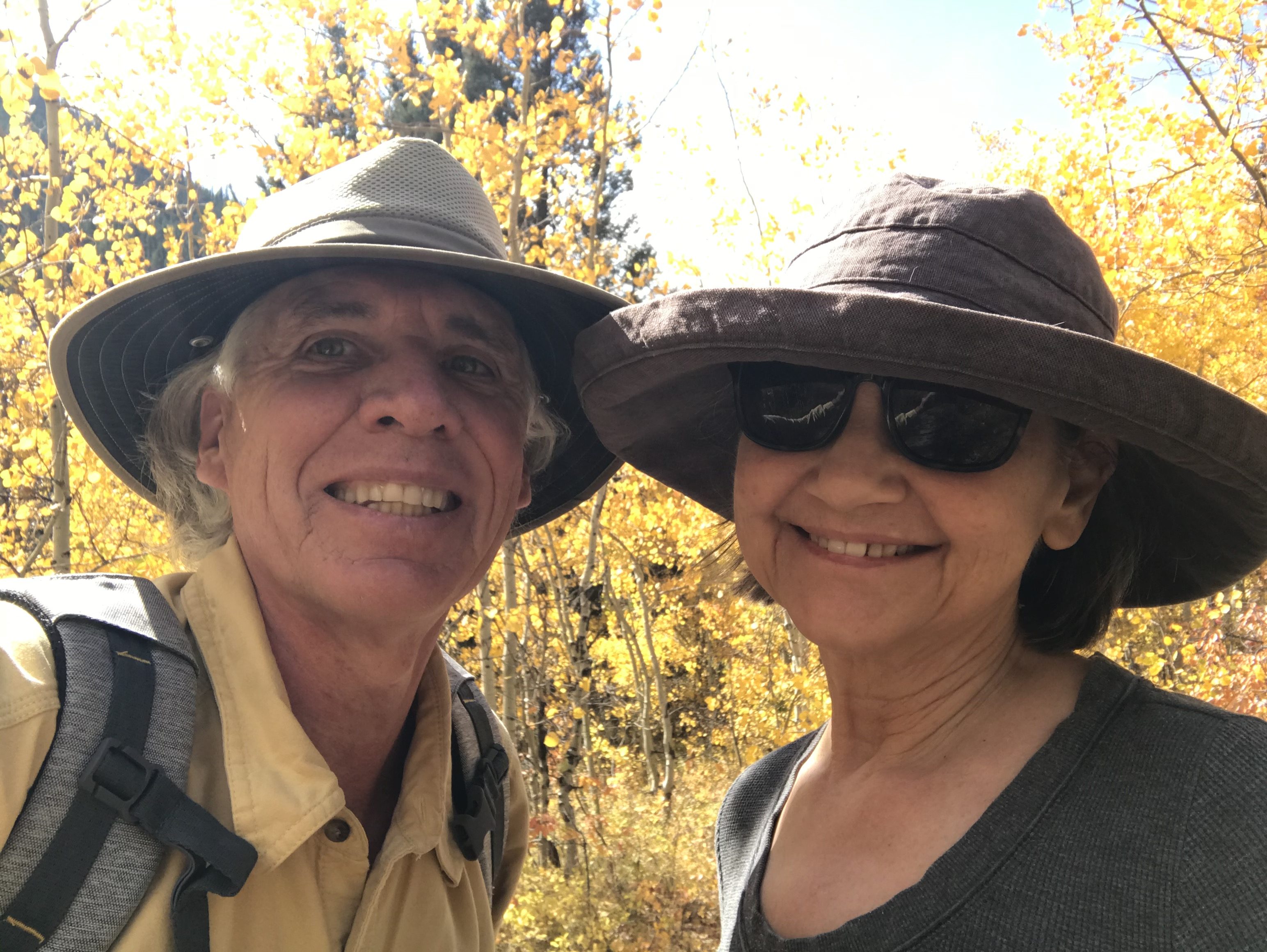 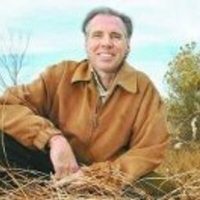