Are we Ready to Unite as Americans and Give Each Other a Chance? 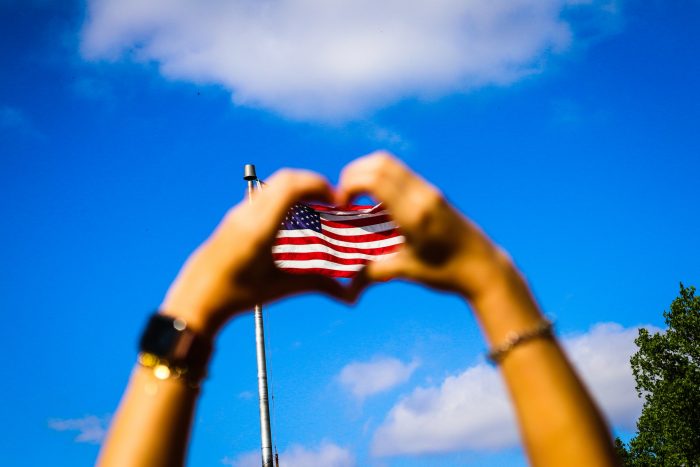 I have to convey that politics is not my forte.

I like to believe in the fundamental nature of the good in humans, and politics is not known to bring out the best in most of us. There has been a build-up of tense and heavy emotions up till the day the votes were cast.

Tensions have been flaring up with the election results. The country seemed to be divided into two. The division may not be related to party affiliation, but it’s a friction between the Trump supporters and the non-Trump supporters. It just happens that the majority of Trump supporters are Republicans.

After casting my vote, I—like many others—held my breath for the results.

I knew that due to the complexities caused by the coronavirus, the results were going to be delayed. But, little did I realize how much I was carrying until after Joe Biden was announced as President-elect.

I was calm until the declaration, and then something inside of me broke. There were tears and a looming question mark—well, several question marks. I felt as if Americans were asking more questions than they had answers at the time—I was one of them.

My faith in the system of democracy was strenghtened. But one question worried me: why did 70 million people in this country vote for Trump?

Where do we go from there?

In his victory speech, Joe Biden enthusiastically stated: “I pledge to be a president who seeks not to divide but unify, who doesn’t see red states and blue states, only sees the United States.” But can Biden heal America?

In 2016, when voters chose Trump, they pinned being corrupt onto Hillary and showed they’d rather have a political apprentice than a woman leading the country. In 2020, voters must have somehow rationalized why their vote should go to Trump again.

Here is a list of what happened in the last four years that makes me wonder how people could still vote for the sitting President:

There is a soaring national deficit. The federal government ran a deficit of 3.1 trillion dollars in the fiscal year 2020.

There are many reeling with the inhumanity of immigrant children being caged, and mothers violated, and other facets, like Trump having paid fewer taxes than average Americans.

There are the interactions with Russia.

And above all: Trump being informed about the dangers of the virus before the pandemic started.

So why did 70 million folks vote for Trump?

Is it the generational allegiance to a party or to Trump? Most Trump supporters are whites who have predominantly voted for a Republican candidate before. Is it the distrust and contempt of democratic values that are so far away from the conservative values? I do not know the answer to that.

I am sure they are questioning the people who voted for Biden. To be fair-minded—the voters have every right to choose their candidate in a democracy, and believe in the agenda that their candidate represents. We just want to hope that it is not a faith that is blind, but one backed by rational arguments.

The looming question remains: can Biden unify the country and bring all Americans together?

Joe Biden won more votes than any other presidential candidate in history, but is he able to fix America’s broken soul, marred with racism, pandemic, job losses, and economic disparity? Will Biden be able to unite his supporters with his opponents?

In Joe Biden’s words: “All those of you who voted for President Trump, I understand the disappointment tonight. I’ve lost a couple of times myself. But now, let’s give each other a chance.”

Are we ready to unite as Americans and give each other a chance?

How can we move forward and be ready to give each other a chance when there is no concession speech? Though lawfully not required, isn’t this a wall being built up in front of our eyes where emotions are fueling actions? The real value of democracy is an exchange of power without any bloodshed—let us remember that.

Even though we see a new dawn and a new day with President-elect Biden, we are grieving for the divided country, whether Republican or Democrat.

We don’t have the answers—as I wrote, politics is not my forte—but a candidate’s character should be essential to build trust in a potential leader making decisions for the benefit of the country.

I pray that we can heal and move forward collectively. That’s what we can do as Americans for this nation, which was built on the blood and sacrifices of the forefathers who should not go in vain.

I pray that we can pick up the pieces that caused division and contempt for each other and build a better America together.

I pray that we can soothe our broken hearts with the promise of a new beginning, even though things will not be perfect any time soon.

I pray that we can go deep within ourselves as human beings and Americans, and vow to come together for America.

I pray that we take steps to heal the trauma that has been tormented upon us and driven rifts that have to be filled with clear actions and progress.

I pray that we empathize with each other regardless of political views and give moments of pause where and when needed. In these moments, we are able to hear each other and come back to strengthening the bond.

We are one and should stand united under any circumstances.