The Long National Nightmare is Over. 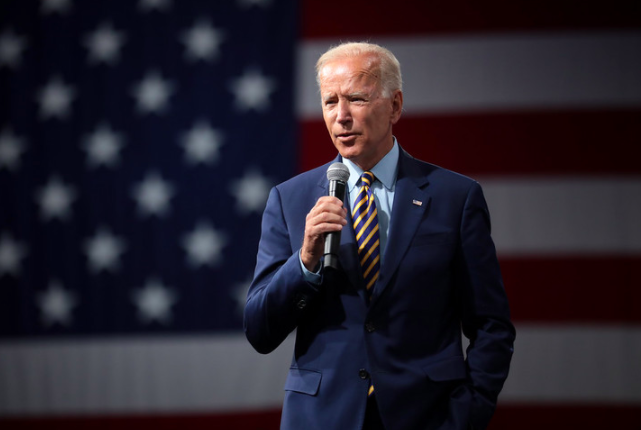 For four years, we watched friends and family justify lies and abuses of power.

We watched the emergence of a string of concentration camps where children were abused on an industrial scale. We watched conservatives transmuted into fascists, who assaulted our most cherished institutions on a daily basis while mobilizing their heavily-armed militias for war.

And now this long national nightmare is finally coming to a close.

At the time this article goes to print, Biden has won Pennsylvania, giving him the electoral votes to make him the winner, and he additionally appears set to win Arizona, Nevada, and Georgia, thereby giving him a decisive victory. Major Republican leaders who previously backed the president are demanding that he either produce evidence that Democrats are cheating or stop undermining the democratic process. As Biden’s lead grows in swing states, with more ballots coming in from overseas, and the results of the election becoming clearer, we can only expect those calls to increase.

Democrats might not have gotten a blue tsunami, but Biden’s victory appears set to be decisive, and it will be difficult to challenge in court.

Meanwhile, the rats are jumping ship as they see their president sinking, and the more time that passes, the more likely they are to come out of the woodworks to tear him down. Trump has not simply abused liberals and minorities but his closest advisors and the party that he has held hostage. Soon, as the powers of the presidency slip from his grasp, and the task of rebuilding the party beckons, they will begin to say what they really think—and it was never very pretty.

Trumpism was rooted in a cult of personality whose sole purpose lay in making its members feel better about themselves. Insecure individuals who were unable to cope in the complex multicultural society of which they were a part banded together to create an alternative reality, shored up by a leader who told constant lies and backed them up with endless propaganda. Once the propaganda machine is put to rest, the bubble will burst, and they will find themselves right back where they started—but some will begin to tell the stories of how they were duped and why they are repenting, as so many former administration officials have already begun to tell-all autobiographical accounts.

Like Mussolini who was the most beloved leader in modern Italian history but became so despised that he was hung upside down from a lamppost and spat on by a line of passersby, Trump will be despised by many of the people who loved him the most because he unleashed their worst impulses and led them in an attack on the things they cherished the most.

In the end, we will be left to wonder how we let this potential sociopath become president and the effect it had on our psyches.

The thousands upon thousands of lies told by the most powerful man in the world have, in many ways,  dissolved the distinction between fantasy and reality. Since his lies were backed up with propaganda, endlessly repeated by rightwing news sites and the mindless followers who repeated their messages, many of them will remain after he is gone. The use of projection as a means of deflecting attention from the president’s abuses of power have also exacted a heavy toll on political speech. The meaning of words like facts, truth, lies, news, elections, and democracy will need to be clarified, over and over again—and it may take a generation, if we are lucky, to rebuild our public culture of debate.

Trump has put a stain on democratic governance that may never be fully washed away. To be sure, modern democracies had failed before Trump, but no well-established and stable democracy had ever failed so miserably. Nor had any ever elected such a dangerous demagogue. Nazi Germany and Fascist Italy were young nations and brand new democracies, and Italy under Silvio Berlusconi had been democratic for little over a generation when he began twisting it into a mafia state in the early 2000s, after all. Trump demonstrated that all the worst fears, fostered by the Ancient Greeks, about democracies degenerating into tyrannies, when populist demagogues were voted into power, were actually quite well-founded.

Nothing like this had happened in a stable modern democracy, but it was precisely the greatest fear of America’s Founding Fathers.

Just as a rapidly growing, technocratic China was being transformed from an authoritarian into a totalitarian state, Trump reminded the world of the countless young democracies that had degenerated into chaos. Meanwhile, he inspired dozens of lookalike movements and leaders, which took power in states across the world. Most notable was the rise of Jair Bolsonaro in Brazil, a country that holds the key to earth’s climatic future through the Amazon. Dislodging these leaders from power may also take a generation, and it will be critical to international cooperation on the great global challenges of this century.

So, while the head of the fascist snake may have been defeated in one country, globalized fascism is still lashing us with its deadly dying tail.

Life under Trump has taught us that leaders set the tone for the nation. The way they speak, the things they say, the reasons they give for their actions, signal to the rest of us the way we should behave. And what Trump signaled to the nation is that they were free to express their worst impulses. Bringing the racist and sexist impulses that Trump unleashed back under control may be the work of generations, but when he leaves the scene, the outrage machine he created will collapse, as will the cult of personality he established.

Trump reminded us that the legacy of slavery remains rooted in our culture and that our nation’s shadow is more ominous than we imagined. He reminded us that passions unleashed are difficult to contain and that social norms are always necessary to keep the id in check. Moreover, he taught us that if we do not believe in our institutions, they can be quickly smashed to pieces and that democratic institutions are vital to our freedom.

These are important lessons that will not be easily forgotten, and in the long run, they might actually strengthen our democratic culture and our resolve in rooting out racism and sexism. Yet, whether or not the cultural enmity Trump unleashed will be set to rest after he is gone remains an open question. In the end, the work of building back better will depend on each of us coming to terms with the demons he unleashed, building stronger hedges against their threats, and reconnecting with the better angels of our nature.

But as for now, it is time to take a deep breath and celebrate our freedom. The long national nightmare is nearly over.