The Last Gasp of a Drowning Man. 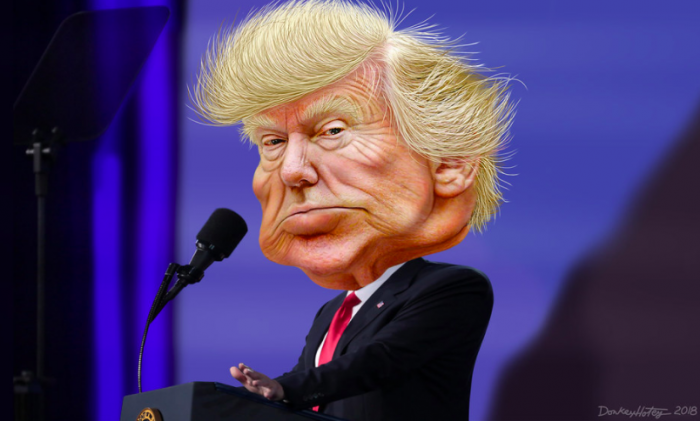 Global forces of change will ultimately sweep fascists from power.

Trumpian fascism may remain in power for another generation destroying the basis of human civilization through its assault on global institutions and the biosphere, and it may end in a nuclear winter that kills most life on earth. Yet it just might be possible that after encouraging the spread of the coronavirus and crashing the global economy, the worm has turned and it is now eating itself alive.

Whatever the outcome of the coming elections, three vast historical forces will ultimately sweep rightwing nationalists and fascists from power across the world. The only question is whether it happens before catastrophe strikes

The first force is demographic. The younger generations have taken to the streets in recent years from Brazil to Egypt, Iran to Russia, demanding democratic rights and an end to corruption. They will soon begin taking power, and when they do, they will bring with them a penchant for innovation and an embrace of freedom. They are more cosmopolitan, open-minded, and diverse than previous generations. They are concerned with inequality. They often identify themselves as socialists. And they are arguably more level-headed and sane. Hence, we may now be witnessing the last dying gasp of the tribal nationalistic id.

If demography is truly destiny, it is only a matter of time.

The second force is that of social media. New communication mediums are always explosive. The printing press brought about the Protestant Reformation in the 16th century. Radio brought about fascist propaganda in the early 20th century. Now social media is bringing about a wave of rightwing demagogues in the 21st century. But like so many communication mediums of the past, social media will be tamed. The bullying will be contained, the politics will become more mature. And the people who so recently used it to manipulate the masses will find themselves once again marginalized. This will happen because social norms emerge to contain social disruption, if only they are given time. And when they fail to, social systems collapse.

This doesn’t necessarily mean we will like the look of the civilizing process. It could mean greater corporate hegemony or a wider curtailment of free speech rights, so the long fight for freedom may involve containing the chaos from the bottom-up. But absent total systemic collapse, the disruption will almost certainly be contained. In the meantime, since social media is not inherently rightwing but rather anti-elite, the rightwing nationalists and fascists who have so recently taken power may soon find themselves subsumed by the very forces that brought them to power.

The third force is that of globalization. While globalization has caused much of the nationalist backlash, it can also undermine it as well. The forces of globalization are more powerful than those of the backlash. Trade will continue to overflow the highest tariff barriers, because advances in transportation and communication make it easier for services and goods to cross borders. Immigrants and refugees will bypass the walls that are erected in their paths, because developed states with low birth rates will need their labor and services. Technological advances will continue to increase the flow of information, the pace of travel, the ease of shipping, and the transfer of financial assets.

They will continue to make it easier to set up international organizations and to forge global communities. And they will continue challenging us to think more globally about everything from climate change to nuclear proliferation.

And it is just this global thinking that will lead us to widen our moral imaginations and grapple with the multiple planetary risks we must now confront. In a globalized world, power accrues to those who can think globally, if only because those who cannot are a danger to us all. And sooner or later, in an age of rapid information flows, the truth of the matter will become clear: if you cannot see the forces over which you are governing, you will fall victim to them and fail. None of these forces are necessarily liberal or good, but all of them may be put to good use.

It is only a matter of time until most of them take effect, but given the hazards that might occur in a world of racists and hypernationalists with little concern for the other, they may not do so in time.

Preserving the liberal democratic institutions into which most of us have been born will thereby require hard work, and we will need to contain these threats through active engagement and visionary solutions. But the same forces that brought leaders like Bolsonaro and Netanyahu to power can also be used to undermine their rule. Doing so will require a global movement, built on these forces, that will knock down fascist governments from Washington to Moscow.

Just the recognition that we are all in it together, and that there are sweeping historical forces that will sooner or later blow away now triumphant nationalists, will put the wind in the sails we need to keep moving forward.

But in the words of Lao-Tzu, the journey of a thousand miles begins with the first step, and the first step in sweeping fascists from power is for each of us to vote as early as possible and get our votes in a ballot box so Trump lacks any pretext to declare an early victory and contest the election.

The fascist moment will end; the only question is whether or not we will do everything in our power to bring it to a swift conclusion.

The Fate of the World Now Hangs on your Shoulders. Trump has Inverted the Moral Order. The Trumpian Nightmare was Destined to End in Disaster.
See relevant Elephant Video