The Fate of the World Now Hangs on your Shoulders. 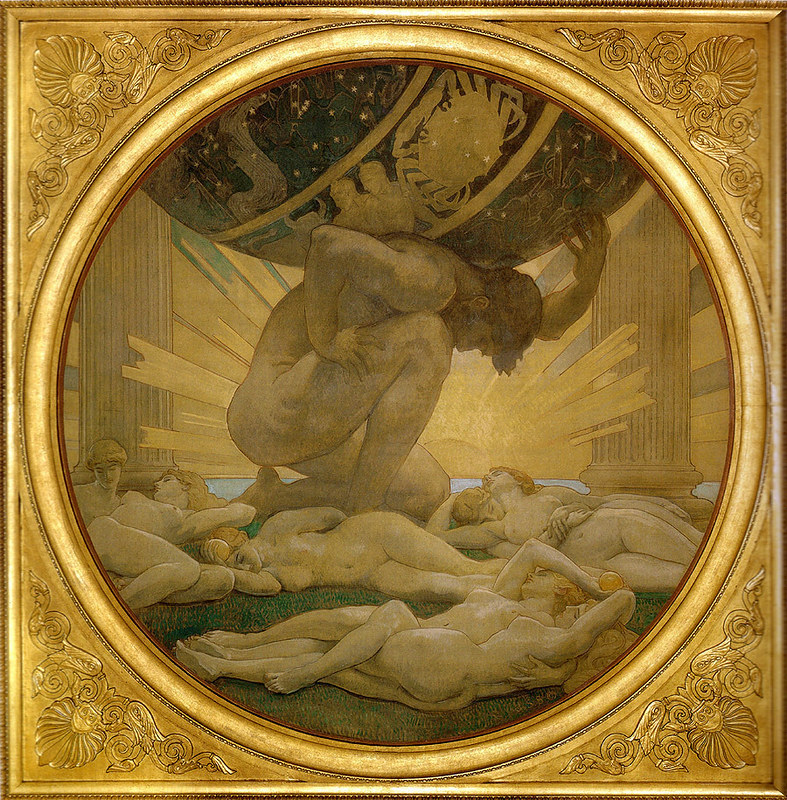 This may be the most important election in human history.

We are now living in one of the most pivotal moments in human history. The world’s first democratic nation and the most powerful state in the world may soon fall to a tyrant who has shown every intention of remaining in office for life. If he remains, he will undermine global institutions, support authoritarians, and inspire fascist movements the world over. And there is no telling how long he will last, for his loyalists will fill out the ranks of the military, courts, and bureaucracy, facilitating his abuses from their perches of power.

If Trump remains in office, the task of preserving American democracy will become Herculean. Voter rolls will be purged, citizens disenfranchised, court rulings ignored, resisters arrested, elections stolen, climate action will be delayed, and the constitution likely suspended. And we know it will happen because he has announced his intentions and commenced his schemes. Meanwhile, he has shown every intention of carrying them out at the gunpoints of white nationalists.

If he remains in office, the same series of assaults that shattered democracies in Hungary, Turkey, Venezuela, and Russia will bury us in an avalanche of abuses. The government will be transformed into a siphon through which the wealth of the country is sucked from the people at the bottom to the rulers at the top. The economy will be shaped in accordance with his interests. Meanwhile, institutions that once protected our freedoms will be transmuted into mechanisms of servitude.

Thus it has been in every authoritarian state where citizens are bred for obedience and free spirits are punished as threats to social order. You may not be interested in politics, but politics is interested in you—and if you listen closely, you may hear the still small voice inside calling you to resist. There are moments in which we are called upon to carry the world on our shoulders, and if we do not rise to the occasion we will regret it for the rest of our lives.

Already, we have seen children torn from their parents and thrown into cells. We have seen armed gangs storm our state houses at the urging of the president who has established his own private army abducting demonstrators in the night. We have seen weapons deemed too torturous for war sought for use on protesters. We have seen mass hysterectomies performed on immigrants and the starvation of millions of children in Yemen. What once seemed unthinkable assaults us daily; what once appeared fantasy is now a reality—and if Trump remains in office, it will only get worse.

But it is not just the American future that weighs on our shoulders: this time, it is the world.

The same assault on democratic institutions is also occurring in all the world’s biggest states: China, Russia, India, Brazil. Genocide has become normalized in the age of Trump, with crimes against humanity exploding in Burma, China, Israel, Syria, Brazil, the Philippines, and Yemen. Human rights advocates can no longer keep up. The world is on fire—from the Amazon to Australia—and leaders like Bolsonaro and Trump have all too often lit the fires that threaten to burn down the world.

And it is these same leaders—who suppressed the science that might have contained the epidemic, and broke the global institutions that might have coordinated a response—who have overseen the highest infection rates in their own countries. From India to Israel, Great Britain to Brazil, America to Russia, and let us not forget China, where a totalitarian state tried to cover it up—the most fascist leaders have overseen the most irrational responses. And all too often, their deliberate obfuscation has killed in the hundreds of thousands. And all throughout, Trump did not lift a finger because the deaths were happening in the states of his opponents—and that may well prove genocidal.

As the ringmaster of hate once retweeted, “the only good Democrat’s a dead Democrat.” And in his politicization of aid to blue states, at least this once, he was as good as his word.

Thus, we arrive at the pivot of history.

If Trump remains in office, the least virtuous man in the world will remain its most powerful, and we will become ever more entrenched in his upside-down world. Meanwhile, the hope of a climate solution will melt before our eyes, like the glaciers that fill our seas and flood our cities. The freedoms we once enjoyed will fade in memory, as our social and political institutions are gradually twisted into the mechanisms of our enslavement. In the process, we will either throw in the towel or fight ever-harder to achieve ever-less.

Yet, if you listen closely, you will hear the roar of a blue tsunami that might drown out the madness, if only we each do our part. You will see a wave of resistance cresting in public opinion polls, record campaign contributions, and unprecedented early voting that promises to end it.

If ever there were a time to throw yourself into politics and fight for freedom, it is now.  You can like, share, post, and comment; donate, campaign, organize, and demonstrate. You can text every person in your contact list with personal messages reminding them to vote, and you can blanket your lawn in yard-signs.

Future generations will ask what you did for the future of freedom and the planet amid the conflagration of 2020: don’t let them down.

The mantle of history now hangs on your shoulders.

Trump has Inverted the Moral Order. The Best Advice ever from the Dalai Lama about Trump. Trump & FLOTUS Covid-Positive: This could get him a Second Term. The Trump Stunt: Why I’ve Lost all Hope & Respect for America.
See relevant Elephant Video