Stealing Elections is Easier than You Think. 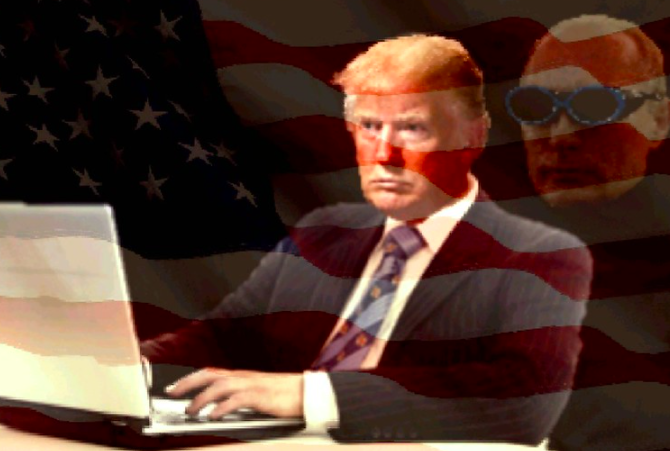 Read next: Trump & FLOTUS Covid-Positive: This could get him a Second Term.

Plus: Trump’s Supreme Court Nominee Must be Stopped—By Any Means Necessary.

But so is protecting your vote and throwing out tyrants.

If you want to steal an election, it is easier than you think. You can miscount votes, hack voting machines, understaff polling places, close them early, purge voter rolls, scare voters from the polls, not count their ballots, stop counting them before they are all in, and if all else fails, contest the election and let the courts decide in a partisan decision.

It is quite possible Trump will attempt all these things, but it is a lot harder to steal an election when everyone is watching, and harder still when it is nakedly stolen.

So, if you want to protect American democracy from a president who has shown every intention of subverting it, the best thing you can do is watch the elections closely and make sure your vote is counted.

Every state conducts the vote in its own way—by mail, on election day, or over several days. So, google your state, make sure you are registered, and double-check your address. Ideally, we would all vote early and put our votes in ballot boxes where they are less likely to be stolen. Voting early makes it harder for a candidate to declare victory before all the votes are counted, and placing it in a ballot box makes it more likely to be counted early. So, if you vote by mail, find a place to drop it off—and if you can’t, mail back your ballot the day you get it.

Numerous studies have shown that virtually no votes are stolen by mail, and mail-in ballots increase the number of people who vote. They make it easier for the disabled, elderly, and overworked to vote. They eliminate confusion over where to vote and make remembering to do it easier. Republicans are just lying about it because they only win when marginal voters don’t show up. This is why they purge voter rolls, disenfranchise felons, create burdensome voter identification laws, and encourage cynicism.

Yet, overseas ballots sent by mail are typically the last to be counted, and Trump is doing everything in his power to undermine the postal service. So, while voting by mail is usually safe, Trump has made it unsafe, and it is all the more unsafe because he has given every indication he will try to invalidate mail-in votes.

In the event that he loses, Trump can steal the election by declaring victory before all the mail-in votes are counted. He can insist that Republican legislatures in swing-states stop counting votes. And he can pressure them to declare the mail-in votes invalid, while retroactively changing the way they choose electors. This would allow him to steal the electoral votes of whole states by leaving the choice of electors up to Republican legislatures—regardless of who wins. It would constitute a naked theft of the election, but the extreme rightwing court which has been carrying out its own assault on American democracy is unlikely to care.

But if Trump does succeed in stealing the vote, it is still possible to render him powerless.

The bureaucracy is almost uniform in their opposition to him and can refuse to implement his laws. Roughly 60 percent of the military is opposed to him, with the opposition increasing as you go up the chain of command, and they can refuse to recognize him as Commander-in-Chief. The Secret Service, which is charged with his protection, and has witnessed four years of his corruption, following eight years of clean and empathetic governance under Obama and Biden, might simply walk off the job, leaving Trump open to assassination—or else patriotically take matters into their own hands.

Democratic allies can place targeted sanctions on members of his regime, including the companies supportive of it. Protesters can block their places of business until they withdraw support. Citizens can hold a general strike against, and engage in work slowdowns in, businesses supportive of the regime. The Democratic House and Senate, along with Democratic governors, legislatures, and city councils can refuse to recognize his jurisdiction. Meanwhile, actors, artists, hackers, comedians, athletes, musicians, filmmakers, and journalists, can launch a carnival of resistance that culminates in mass demonstrations.

At least this is the kind of thing that happens when people across the world have banded together to overthrow dictators. It happened all across Southern Europe in the 70s, Latin America, East Asia, and Eastern Europe in the 80s and 90s, and across the world over the last generation. Unpopular dictators are astonishingly easy to remove from power through strategic nonviolence. But the resistance will be stunted if he is able to make it look like he won the election, and all of this will take massive grassroots activism, which comes at significant costs. Meanwhile getting out the vote is vastly easier.

Now is the time to vote like your life depends on it and instill the same spirit of democracy in every person you can reach. For without the ability to determine the institutions that shape our lives, we will be enslaved to the whims of the thieves of state.

So, put on a mask, socially-distance, and go to the polls early.

Trump’s Supreme Court Nominee Must be Stopped—By Any Means Necessary. If Trump Remains in Power. Key Takeaways from the most Un-Presidential Debate in U.S. History. A Night of Secondhand Embarrassment & Why Voting is more Important than Ever.
See relevant Elephant Video